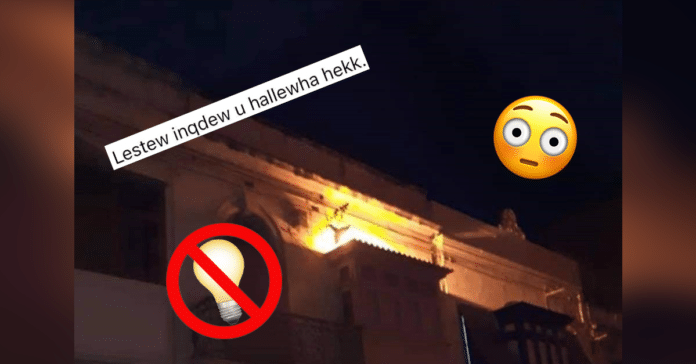 If that’s the light at the end of the tunnel, we’re turning back. Last month we had spoken to Maltapastizziposting about how the meme game in Malta has raised its standards, and we’re pretty sure someone’s told the property owners to “lighten up” about the situation, but all jokes aside, this could have been dangerous.

As said by the original person posting, a fire could have potentially broken out, due to negligence, but it’s more than that. Apparently, the workers had no permission to carry out the work, use the balcony and much less leave the street lamp there. We’ll count our lucky stars that the situation didn’t take a turn for the worse.