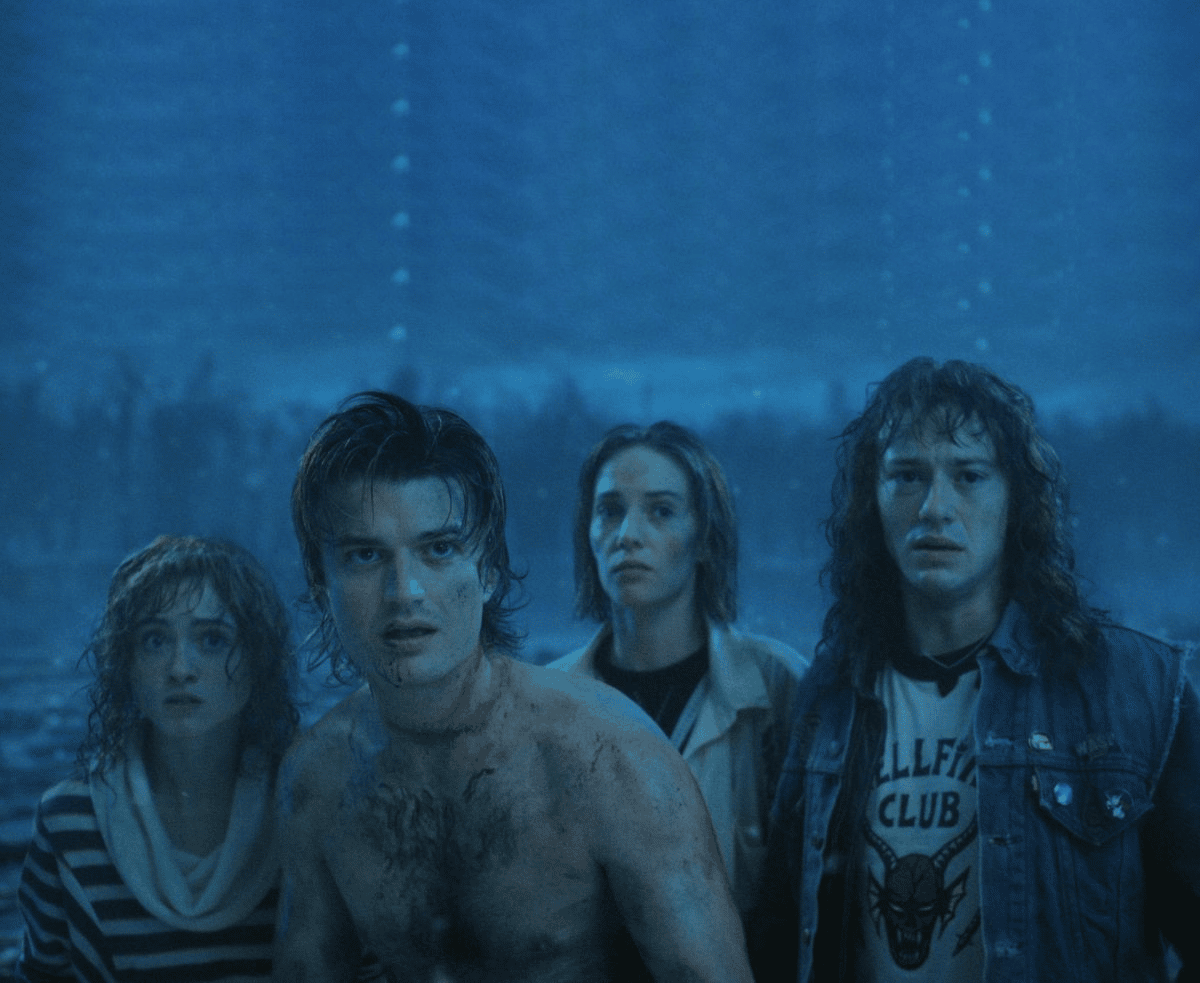 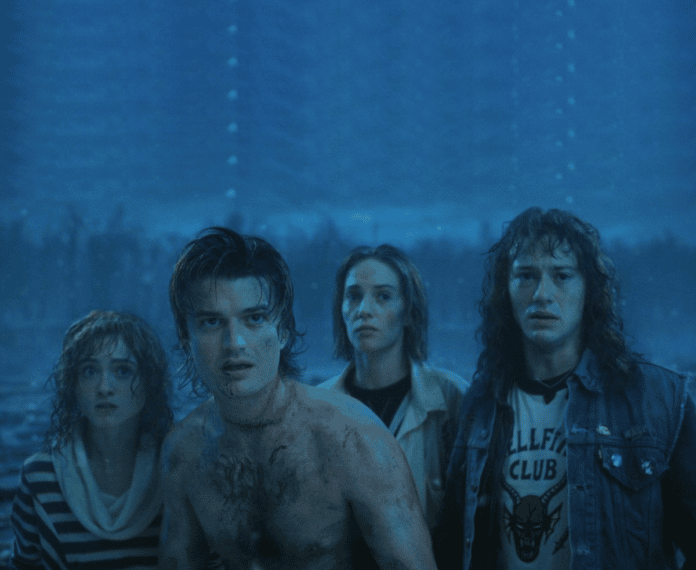 The decision to split the fourth season of Stranger Things was met with mixed emotions, even more so when it was announced that part 2 would consist of only two episodes. However, as those two episodes are the longest in the show’s history, there is plenty to talk about.

Firstly, I would like to mention that this is a spoiler review, so if you haven’t watched the show, go watch it and then come back, reason being that in order to fully digest these last two episodes, I did need to get into spoilers for them… and part 1 – ok, so you’ve been warned, and so now let’s get into it. With the show’s success always on the rise, there was a lot of pressure on the Duffer brothers to get it right, and they mostly do, in fact they do it really well – it’s a great ending to the fourth season and they do so with a cliffhanger that will have fans begging for more. As with most shows and movies, not everything works, but the positives definitely outweigh the negatives in this case.

Episode 8 is a great set-up for the final episode

Episode 8 is a great set-up for the final episode, with some great action sequences – Elven taking down a helicopter is just one of them. We also finally find out what Vecna’s endgame is and that he only needs one more kill to be able to invade Hawkins with every creature from the upside down. Learning this, our heroes set up a plan to stop him, which leads to the final episode – and this is both an epic and emotional rollercoaster ride.

So yes, the final episode is amazing; as mentioned, it has so many cool moments, and without a shadow of a doubt, the best scene is Eddie rocking Metallica’s ‘Master of Puppets’ in the upside down; just like the Max/Kate Bush scene in the episode, it has broken the internet. It is both a powerful and beautifully-shot scene and it only makes Eddie’s death even more painful. Yes, Eddie dies, and just like Barb, Bob and Alexei in previous seasons it is a matter of ‘gone too soon’. 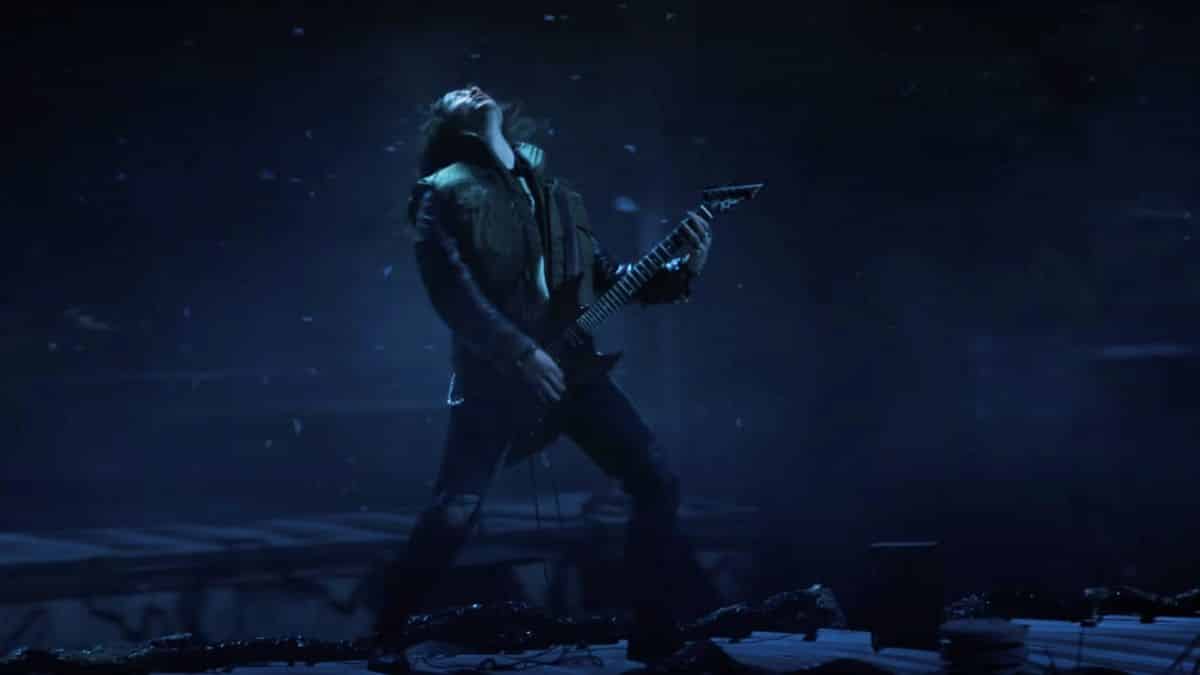 Eleven finally faces Vecna in Max’s mind and we learn that he was behind everything that has been happening in Hawkins since season 1 – they proceed to battle, which, if I had to be super critical, could have been better as it did seem like a little bit of a letdown after all the hype. Having said this, it could very well be that the producers are saving it for the last season. We do know that Vecna will return despite being defeated and being close to death, he still escapes and his plan still succeeds… as Max dies; or maybe well, sort of. And this brings me to another issue that might annoy quite a few people. I personally think that Max should have stayed dead; now I know her death was an emotional scene as she is a fan favourite character, but when Eleven brings her back to life (slthough she is still in a coma) I felt it was a cop-out, and now it seems that the main cast have plot armour, which is never a good thing.Another thing that I felt didn’t work was the whole Russia part, as it felt that it was just written to give Hopper and Joyce something to do. I feel it could have been removed and all that would have been lost would have been a badass battle between Hopper and a demogorgon.

Mike and Will once again seriously underused

Also Mike and Will are once again seriously underused and hopefully the writers will give them something to do in the final season. However, with all the characters finally back in Hawkins, it seems that the final season will have them battling Vecna altogether, as the cliffhanger ending shows the upside down has started to invade.

The final two episodes were fantastic, with amazing moments along with a few issues. And while I did have a blast with it, I am glad that the next season will be the final one, as I do find myself worrying that it might start to outstay its welcome. Still, bring on 2024 and ‘the end’!

Ashley Peschel is a social media executive at Gadgets and is also a popular TikToker and YouTuber. He is an author, having written one graphic novel titled STEAM: Island Under Siege. A massive movie geek, some of his favourite movies are Transformers, Jurassic Park and most Marvel movies.