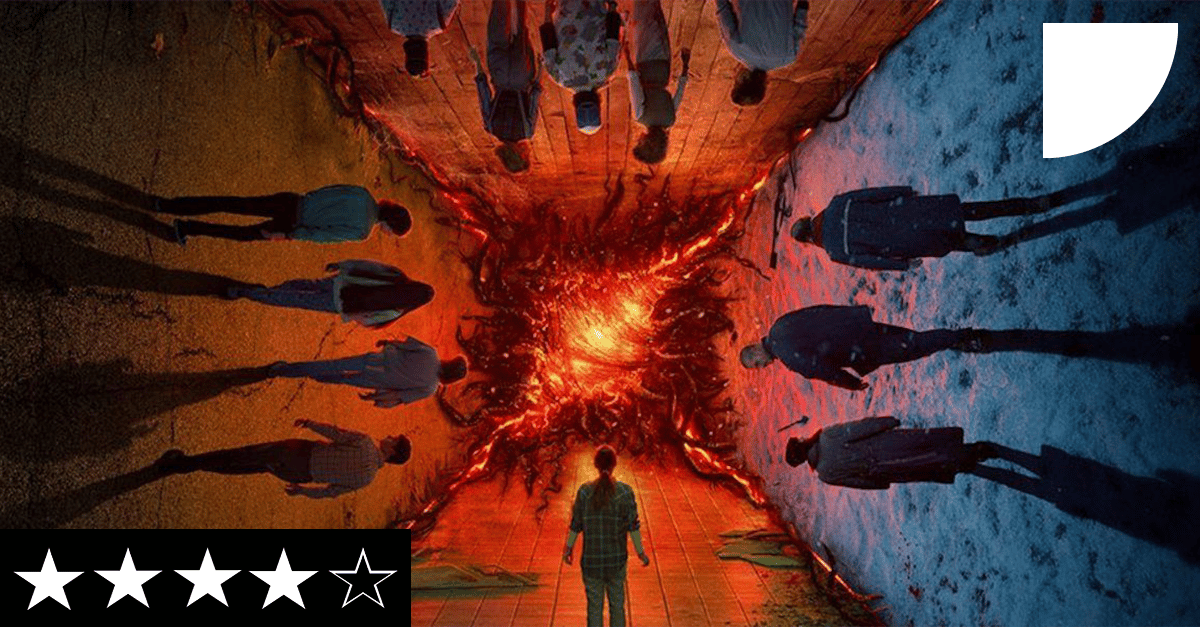 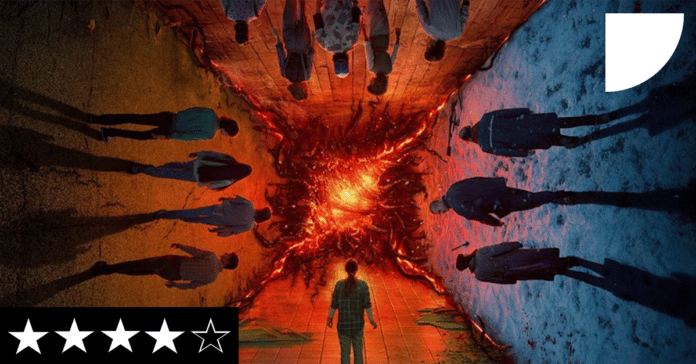 Stranger Things has returned for its fourth season, which turns out to be its largest and scariest yet, and there are in fact a number of episodes where it goes full horror. There is no doubt that this season is big in every aspect, from the cinematography to the cast, to the length of the episodes – the Duffer Brothers definitely took the saying “go big or go home” to heart.

And while this is all good, you must be asking whether the new season is actually good. It is, in fact it’s better than good. It’s amazing, and only has a few little issues which I will get into later on. 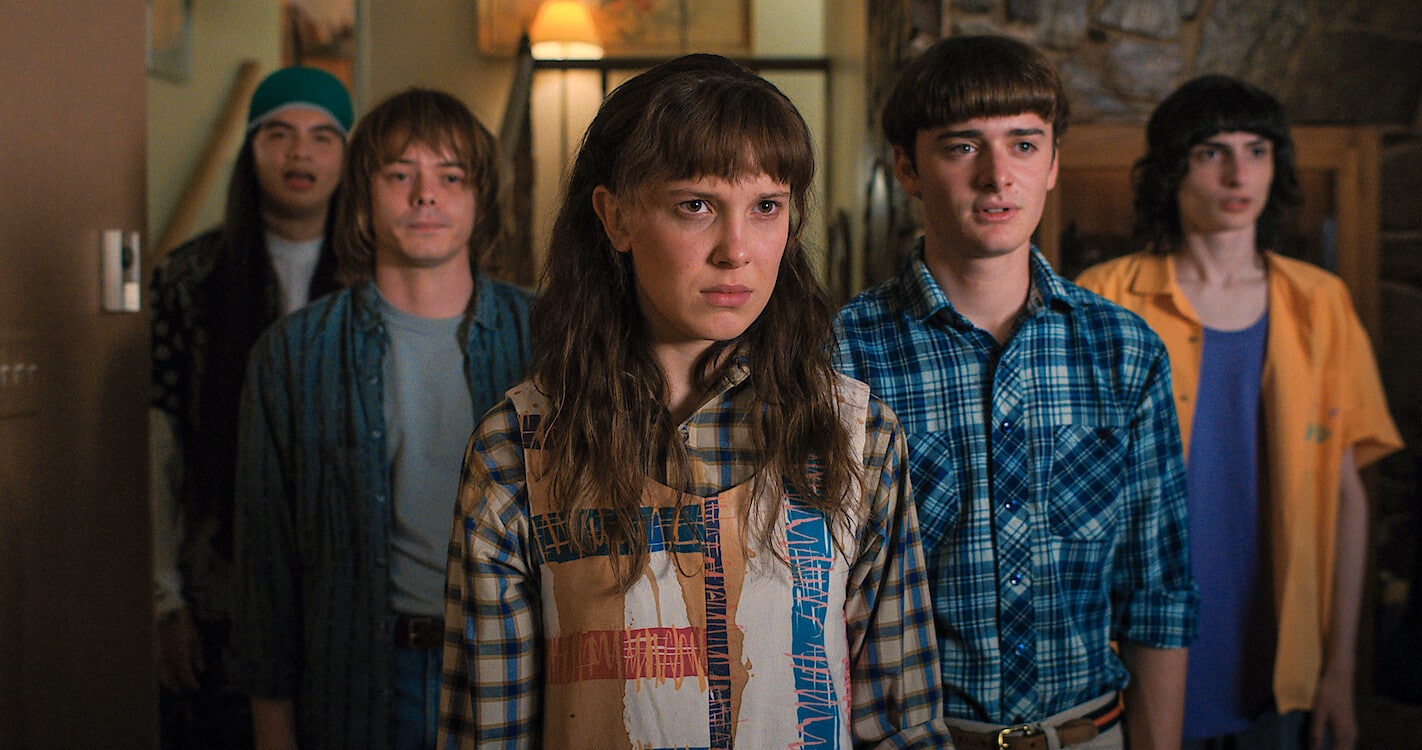 Unlike the previous villains, Vecna is sentient

So the basic plot revolves around a new big, bad Vecna terrorising Hawkins, and unlike the previous villains, Vecna is sentient, which brings an added level of menace as he stalks and kills his victims.

Now although this is the main plot line, due to the size of the cast, (again, it’s big) there are a number of sub-plots that tie in to the main plot. It kind of feels like Game of Thrones at times, as the show moves from one group to the next; however as the posters have hinted they all seem destined to meet up in the end. 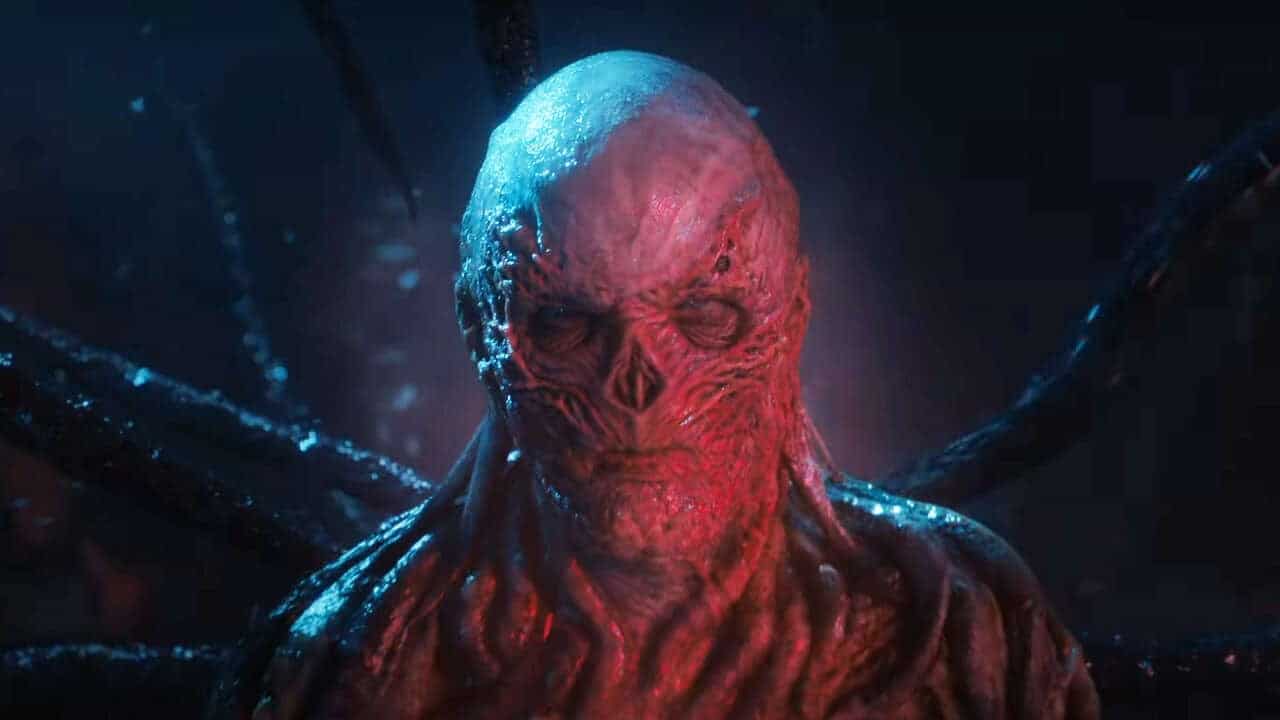 Poor Will still can’t get any real juicy plot lines

So let’s talk about the cast. One of the little issues I mentioned is that due to the size and sub-plots, a few of the characters do seem somewhat sidelined, especially since a few more characters are also added to this season. Poor Will (Noah Schnapp) still can’t get any real juicy plot lines, despite being the character that’s been through the most throughout the history of the show.

I would have preferred Season 4 to focus a little more on on these characters and the other original characters, rather than newcomer Eddie (Joseph Quinn); not that i didn’t like the character, far from it, as he is great and you do root for him, but I don’t think he deserves the screen time he is given.

This season’s stand-out is Max, played by Sadie Sink

Every season has a stand-out – this seasons’s is Max, played by Sadie Sink; in fact there have been calls for her to receive an Emmy nomination for her role, especially in the episode ‘Dear Billy’, and I have to agree: she was amazing in this particular episode and demonstrated a brilliant range of acting skills. Of course this is Stranger Things, so we have to mention Millie Bobby Brown and David Harbour; and without going into spoilers, all I can say is that once again, they’re great. Netflix has spent big on this season and you can tell – the special effects and cinematography are beautiful, and you can see that there’s just been so much investment in every shot. I only wish that Netflix had followed the Disney+ system of releasing episodes weekly, as the episodes are just so long and so good; due to them being all available, you hardly have time to digest them. I actually like the fact that the last two episodes are coming out in July, as it gives audiences time to digest and speculate how this season is going to end.

A great comeback that is bigger than expected, filled with horror, action, comedy, emotion and twists. It’s everything you could want from the world of Stranger Things, and I can’t wait to see how it ends.