Ahead Of UN Summit, Frankie The Dinosaur Tells World Leaders To Stop Paying For Demise Of Entire Species 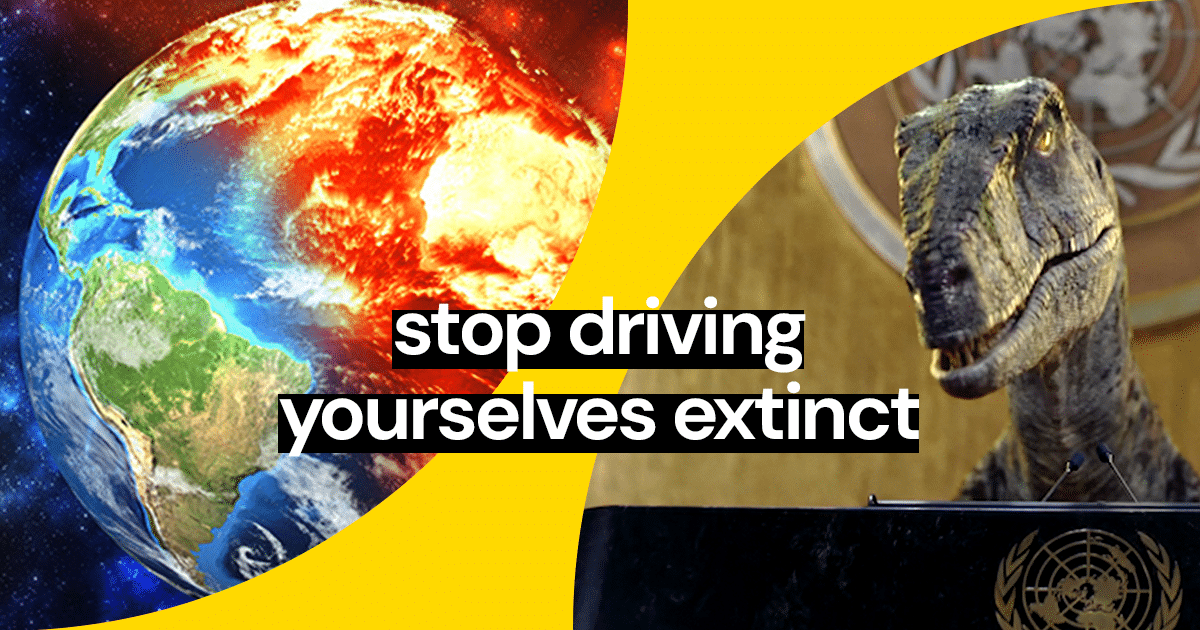 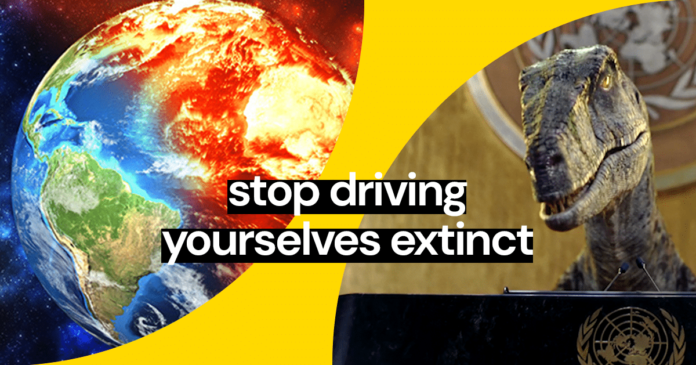 Ahead of the COP26 UN summit, the 26th UN Climate Change Conference that is being held in Glasgow between 31st October and 12th November 2021, the United Nations has released a video ad featuring post-extinction dinosaur Frankie who urges world leaders to start taking things seriously.

A recently leaked report revealed how a number of countries, including Australia, Japan and Saudi Arabia, asked the UN and IPCC (Intergovernmental Panel on Climate Change) to alter their report on climate change to make it seem as though the situation is not as bad as first thought. Some countries and organisations argued that the world does not need to reduce the use of fossil fuels as quickly as the report is suggesting.

“You’re headed for a climate disaster, and yet every year governments spend hundreds of billions of public funds on fossil fuel subsidies,” Frankie says in the video.

“Around the world people are living in poverty. Don’t you think that helping them would make more sense than, I don’t know, paying for the demise of your entire species?

Malta can be model for larger countries

Malta’s Opposition spokesperson on the environment and climate change, Robert Cutajar, has appealed to the government to do more than simply physically participate in the COP26 summit. He said that Malta’s “presence must be felt through active participation as an example to other countries.”

“The Opposition believes that Malta can be the model much larger countries look to in cases like these; after all, it was Malta in 1989 that put the subject of climate change on the UN table.”