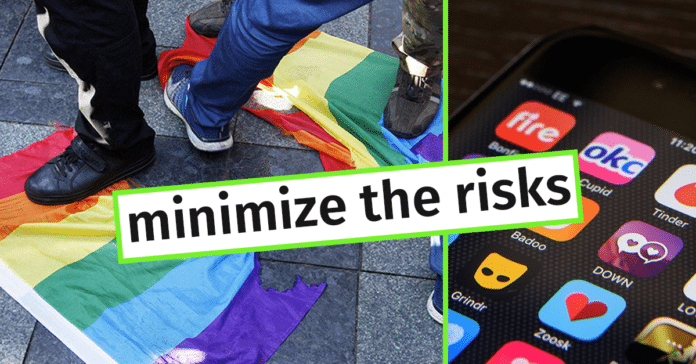 News of a despicable homophobic attack that took place last year has been revealed, with the victim sharing details of the confrontation’s build-up. Having connected with his soon-to-be attacker via Grindr, now is as good a time as any to remind people about the potential dangers posed by dating apps and how to avoid them.

Malta’s online LGBTQ+ portal Allied Rainbow Communities listed some recommendations that could help increase safety when matching with someone on a dating app, no matter what sexual orientation you may be. The truth is that this can happen to anyone, and point number one is to simply be extra vigilant when meeting new people.

Though your heart might be fluttering at the prospect of meeting a potential partner, remember to tune in to your other feelings. Instinct is still a very powerful tool, so if there’s something that doesn’t convince you or seems dodgy, make sure to address it or don’t meet the person alone. Tell your friends and family where you’ll be meeting and what time, and as much as possible, meet in public places to avoid being cornered.

It’s also worth remembering that it’s your right to take back your consent at any point if you get a strange feeling about the person you’re meeting; you don’t need to justify that feeling with anyone. Trust your instincts.

How this attack transpired

Speaking anonymously, the victim revealed how he was attacked twice, having matched with his attacker on a dating app. They first met in San Ġwann, with the first attack taking place inside the victim’s car. One week later, the attacker surprised the man in Sliema, throwing him to the ground and beating him, with the injuries being described as “in danger of loss of life”.

Sharing his story with Lovin’ Malta, the man said he did so as he believed his attacker, who apparently has young children, was still active on the gay dating app and is setting up other gay men, possibly to meet a similar conclusion.