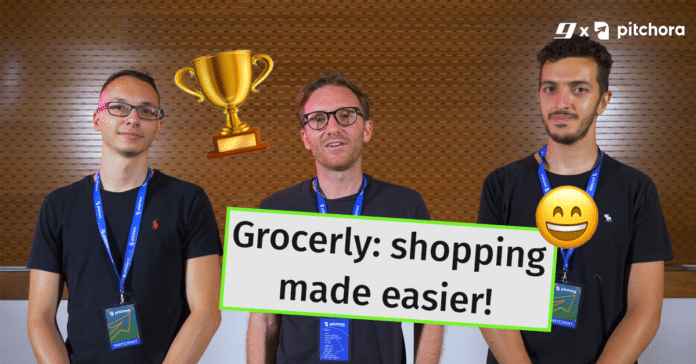 There was a time where one company getting an innovative idea would make them stand out immensely, not just against direct competitors, but across the business sphere. Now that Pitchora has come to a close, one thing is more than evident; picking the top three from ten was incredibly difficult, let alone the eventual winner.

In a race tighter than the recent Italy – Spain EURO 2020 semi final, Grocerly, Matter Make and Fyoirn were chosen by the jury to compete in the final. Placing in the final three meant a minimum of €5,000 in funds, but with Grocerly confirmed as winners, they got €10,000. There’s more to it than an awesome seed fund though.

Access to the startup incubator is a massive boon, where they can test out any features as required. There are incredible networking opportunities, six months of radio adverts on Vibe FM, accountacy services provided by Firstbridge as well as offices at Canter Business Centre for six months.

In terms of the other competitors, there’s plenty to celebrate, both for themselves as participants, as well as Malta on a wider level. For the entrepreneurs, not least Matter Make and Fyorin who placed second and third respectively, they’ve put their name out there as leaders in their field.

They took part in a nation-wide talent search that started with 42 companies before being whittled down to 10. There’s pride to be felt in such an achievement, because reaching this stage of the competition means they’ve got a great product or service to offer.

For the rest of the island, it’s further evidence that the startup culture is picking up speed. There were people of varying ages, different industries yet all looking to provide a service that facilitates life and our relationship with technology.

Here’s a snippet of their winning pitch!