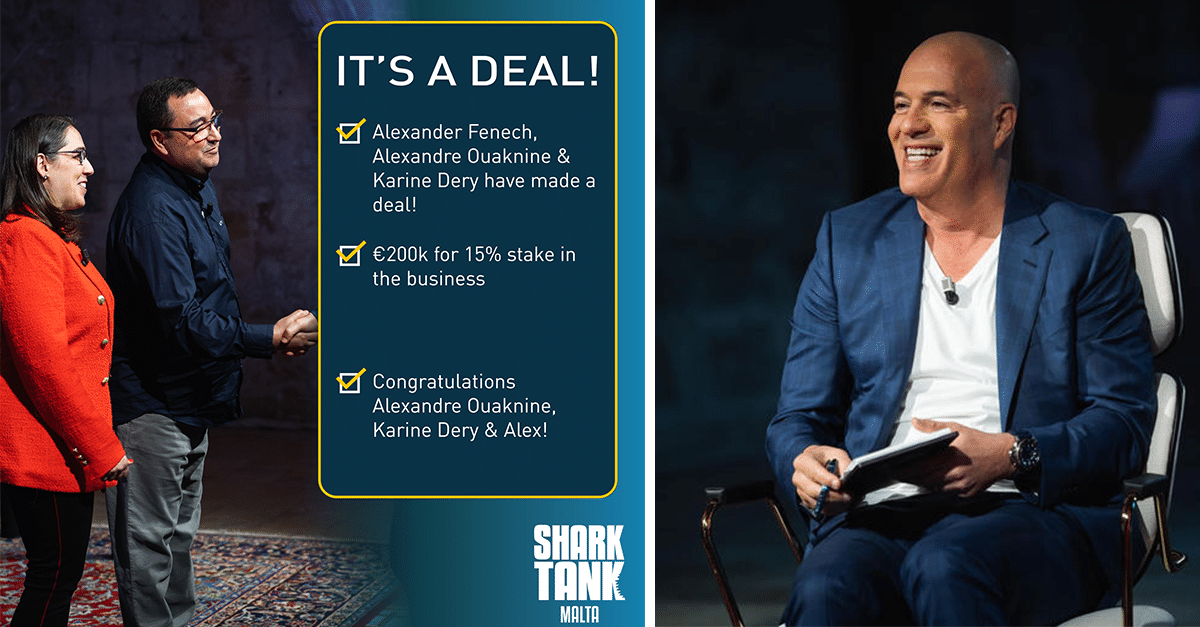 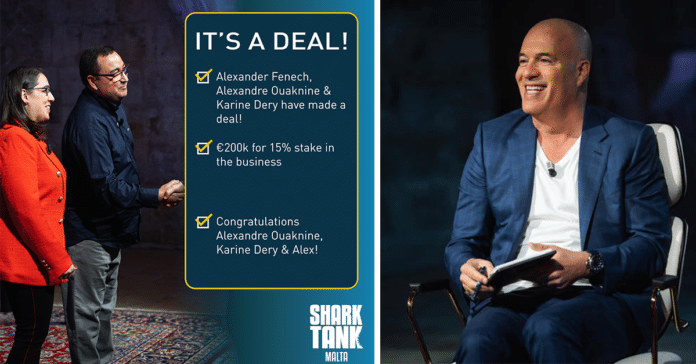 When Canadian couple Karine Dery and Alexandre Ouaknine started pitching their idea about a Jigsaw Puzzle International Convention (JPIC.CLUB) to the ‘sharks’ on Shark Tank Malta, Alexander Fenech, the CEO of the well-established local pharmacy chain Brown’s, immediately seemed intrigued. And rightly so, considering that around $10 million in revenue is expected to be made from this single event.

Since Shark Tank started being aired on the national TV station TVM on 9th April 2022, Fenech has been the only ‘shark’ to not make any pledges for investment. This time, he went for it with a bang and rose to the top of the tank!

It immediately “reminded me of my dad & I thought to myself, ‘I have to be there'”

As the Canadian couple were delivering their pitch, Fenech admitted that it was his father’s love for jigsaw puzzles that immediately got him hooked.

“My father used to spend hours doing these complicated jigsaw puzzles – the minute you started pitching, it reminded me of my dad and I thought to myself, ‘I have to be there’.”

Dery and Ouaknine spoke in no uncertain terms: “We’re the only ones in the history of the world to create such a convention,” they said as they explained how the idea went completely viral online.

The first edition of the Jigsaw Puzzle International Convention will be held between 8th and 10th July 2022 at the Las Vegas Convention Centre in Las Vegas, Nevada. And to make this happen, the couple and their employees (nine people are currently working for the company) have also created a whole ecosystem around jigsaw puzzles.

JPIC.CLUB struck a partnership deal with TCG World to enter the metaverse. A collection of jigsaw puzzle NFTs has been created and immersive 3D jigsaw puzzle games will be developed.

Ouaknine told the ‘sharks’ that “…to complete this in our ecosystem, we also created a puzzle coin to be the official token of the jigsaw puzzle industry. We’re currently in the process of the ICO (initial coin offering) and we’re looking with the NFTs to raise a total of $6.7 million.”

He added that they have two halls already reserved at the Las Vegas Convention Centre and they’re expecting at least 100,000 visitors, many of whom will be people from the surrounding states of California, Texas, Idaho, Utah and others “just wanting to see the metaverse”.

Las Vegas will be the first event, but they already have in mind of bringing the convention to Germany, Dubai, and possibly also Malta, where the company is actually based.

They already did a lot of work on social media marketing and have already sold 6,000 tickets to the event.

Ouaknine said: “There’s a limit to what you can do without the financial ability to buy some advertising and literally be in everyone’s face”.

And although they initially asked for €100,000, but Fenech offered €200,000, saying: “The first convention needs more than €100,000. Once we have a successful convention, I see this going to Europe, Dubai, hopefully with no wars, no Covid etc. But the first one needs to be very successful to drive future business”.