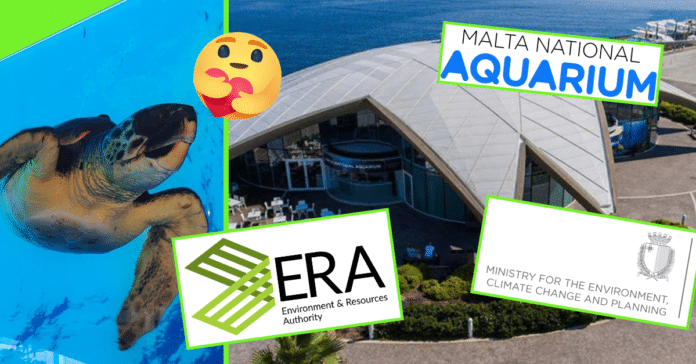 Yesterday saw the inauguration of the “Malta’s Blue Wonders” free-of-charge exhibition, but truth be told, it’s a lot more than that. It’s an opportunity for us to learn about the sea that surrounds us and our duty to protect it.

Put together by the ERA and the Malta National Aquarium, Malta’s Blue Wonders can be enjoyed whether you’re in there solo, or as part of a group. There’s also a little competition going on, for which you’ll get a small reward if completed correctly.

However, what this exhibition does is more than that. It’s a display of the multitude of fantastic creatures living in our seas. There are photographs of divers and fishermen too, a reminder that there’s a lot more at stake than sea life. There’s a solid part of our tourism industry. There’s an entire way of life, a culture that we should fear losing.

Attended by Dr Aaron Farrugia, the Minister for the Environment, Climate Change and Planning, he explained that we need to strike the perfect balance between what’s good for both the environment and our economy. Since we depend so much on tourism, and our tourism on our seas, it’s only obvious that we should be doing more to protect our seas.

To that effect, ERA has designated over 35% of Malta’s waters as Marine Protected Areas which have also been added to the European network of Natura 2000 sites. However, there’s also the issue of plastic waste ending up in our seas.

Single-Use Plastics (SUPs) are a plague on tides across the globe, as they almost always end up in our seas. Taking practically aeons to truly break down, these plastics can be traced in food chains throughout, meaning they do also end up in our bodies at some stage. As explained by the minister, Malta was among the first to ban such plastics, but that does not mean the battle has been won.

What we can be sure of is that the clock is ticking on our decision. Will we leave future generations a plastic-infested sea that offers nothing? Or will we change the path we’re on and start cleaning up the mess we’ve helped create? The sea is so much of what makes us Maltese, it’s about time we roll up our sleeves and protect what is both our heritage and our future.