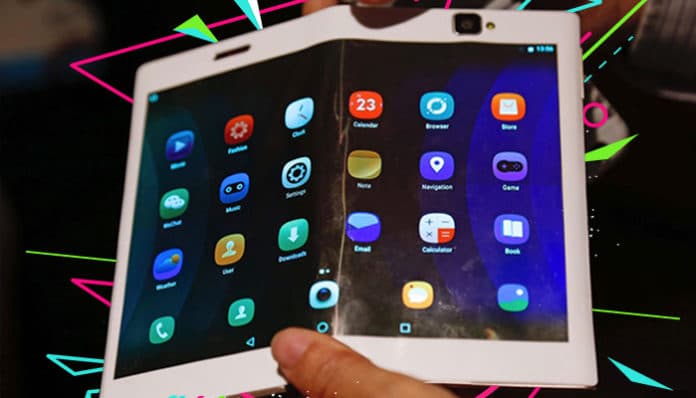 Prototypes, Concept videos, and Patents suggest that Samsung has been working on building a foldable phone for the better part of a decade. Being able to expand the screen to something more resembling a tablet seems to be the next step in the war to increase screen size. Samsung had a prototype in 2012 and even showed off in this concept video back in 2014.

Today, during IFA Berlin, Samsungs Mobile CEO DJ Koh has confirmed that a folding phone will finally be fully unveiled by the end of the year. He didn’t confirm an exact date for the announcement. But, Koh did tease that we might learn more at the Samsung Developer Conference in November.

There is still no indication of how it would work, but Koh stated:

You can use most of the uses … on foldable status. But when you need to browse or see something, then you may need to unfold it. But even unfolded, what kind of benefit does that give compared to the tablet? If the unfolded experience is the same as the tablet, why would they (consumers) buy it? So every device, every feature, every innovation should have a meaningful message to our end customer. So when the end customer uses it, they think ‘wow, this is the reason Samsung made it.

A foldable phone at the moment seems a little difficult to imagine. Quite frankly it sounds bizarre, almost sci-fi. And we can’t wait to see what will come of this. Especially since it’s been in the pipeline for as long as it has been. We’ll have to wait and see how they implement the idea. We might just see the next smartphone design trend.

Would you get a foldable smartphone? Let us know in the comments below.