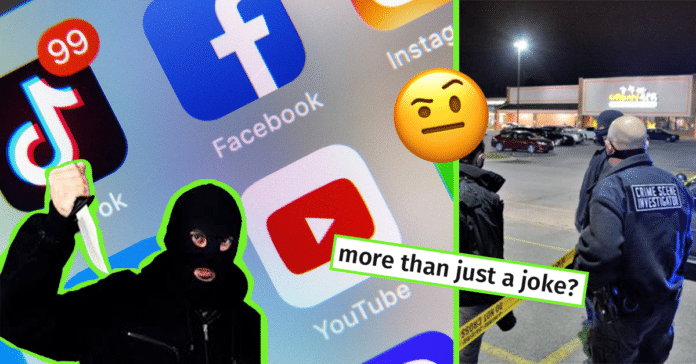 Prank videos are a dime a dozen, but for an American prankster, he paid the ultimate price when he was mistaken for an actual robber. It not only brings into question the choice of prank, but the case of instant social media gratification and how content creators get paid for views.

Timothy Wilks was with a friend in a parking lot filming the prank. Wilks would lunge at passersby with a butcher knife, with the friend recording reactions. Unfortunately, as 23-year-old David Starnes Jr. admitted to police, he was unaware of the ongoing “prank”. He truly believed himself and others to be in danger. With that in mind, he pulled out a gun, and in alleged self-defence, shot his would-be attacker.

As mentioned above, apart from an insatiable desire to be the next social media star, there’s also the question of money. Some people make their living off YouTube and TikTok views, so they need to be big and bold. The question is, where do we draw the line between “scares” and “scared to death”?

There were two pranksters in Malta who hitched a ride on top of a bus back in September, which could have also gone horribly wrong. While these two got away with their lives intact, the way Timothy Wilks’ scenario played out, it’s a reminder that no amount of “likes” or follows is worth your life, or that of others.

Do you think pranks are getting out of control? Or was it simply a laugh gone wrong because of someone taking it too seriously? Tell us in the comments!