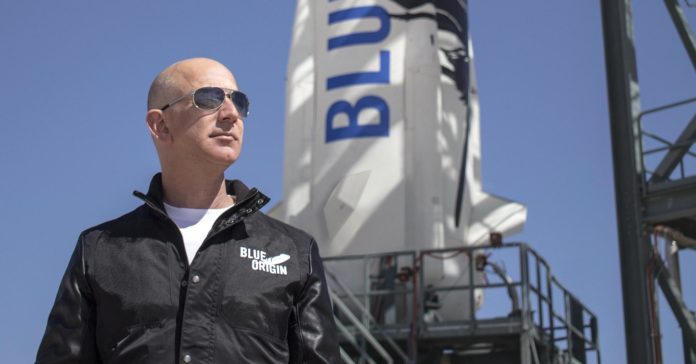 Ata a recent conference, Bezos highlighted that the ideal would be for Blue Origin to collaborate with NASA and ESA (European Space Agency) to make this project possible. After stating the wish for collaboration, he also said that if they decide not to work with Blue Origin, he would take it into his own hands as a Blue Origin solo mission.

Due to the constant growth of Earth’s population, Jeff Bezos is adamant that one day we will have to go and find somewhere else to live and grow the population. With this being said Bezos mentioned that leaving Earth will “make this planet better” and you can’t blame him for reasoning the way he does, we haven’t done anything but harm to the earth since humans took over it.

“The Earth is not a very good place to do heavy industry,” Bezos said. “It’s convenient for us right now, but in the not-too-distant future — I’m talking decades, maybe 100 years — it’ll start to be easier to do a lot of the things that we currently do on Earth in space, because we’ll have so much energy.”

Obviously, a simple moon landing is very far off from a moon settlement, although many people are confident this will happen eventually. Bezos even hopes to make his settlement on the moon permanent as well as productive, to keep growing his empire.

Do you think the Moon will ever be inhabited by humans? Tell us in the comments below.