Listen Up! Our 10 Favourite Podcasts. 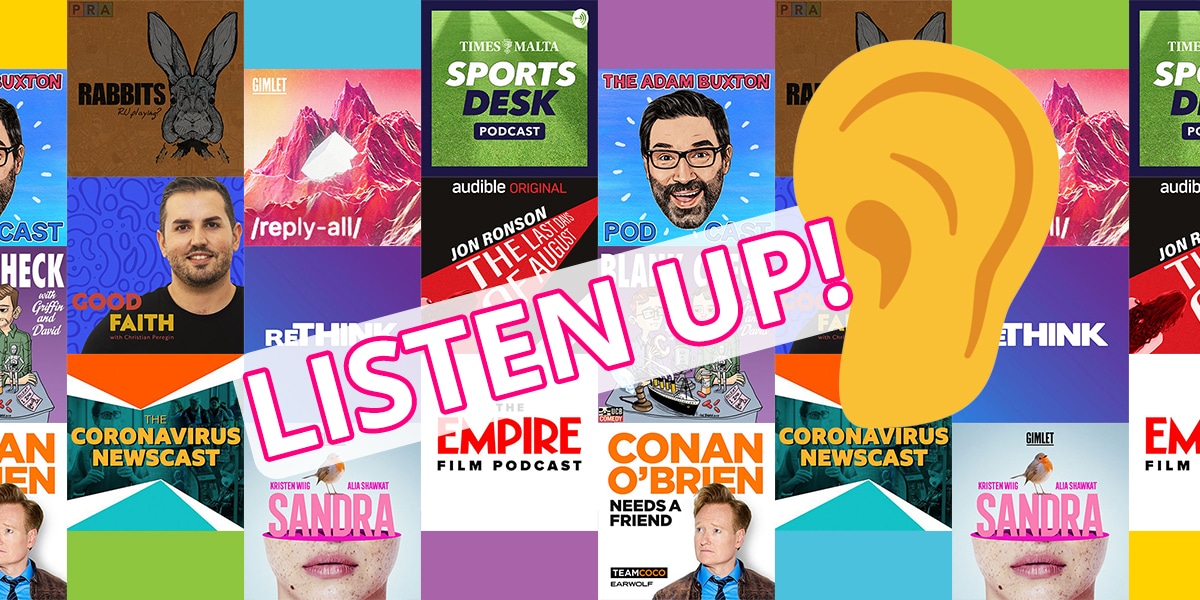 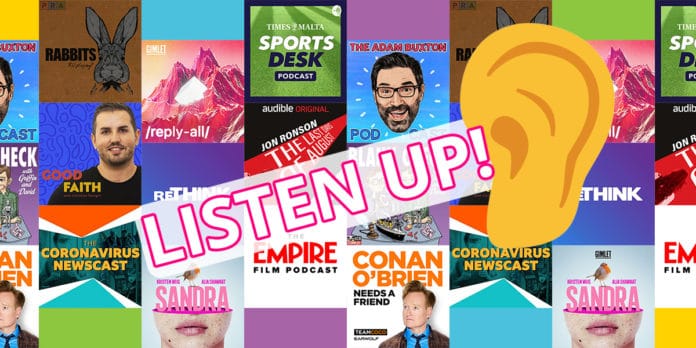 Being stuck indoors  with time on your hands is a great reason to try out different things. If you’ve never listened to Podcasts before, now’s the time to discover them. Podcasts are an exciting and rapidly evolving form of  audio media. They can be thought provoking, gripping, informative or just hilarious. Here are our pick of 10 Podcasts you should get into right now:

With important updates happening everyday, it may feel overwhelming to keep up with the latest COVID-19 news. If so, the Coronavirus Newscast is a great place to start. It’s released everyday and offers a mix of in-depth discussion with more light hearted chat.

Adam Buxton , one half of the hilarious comedy team Adam & Joe, has become one of the best podcasters in the UK, with this sweet-natured show. The always likeable Buxton has an enlightening chat with great guests such as Steve Coogan, Wes Anderson, and Louis Theroux. The jingles are first class too,

Empire Magazine is really the best film mag around, and their podcast does not disappoint. From breaking down the latest movie news, interviews with huge guests, to the popular spoiler specials, this is music to a film geek’s ear.

4. Blank Check with Griffin and David

Blank Check is one of the funniest movie podcasts around, presented by film critic David Sims and actor Griffin Newman. The show “ looks into the filmographies of directors who’ve had a massive success and were given a series of blank checks to make whatever crazy passion projects they want.” Their opinionated, frequently off-tangent chat makes for hilarious listening.

5. The Last Days of August

For those looking for a podcast with more of a local flavour, try Good Faith from Lovin Malta’s Chris Peregin. Each episode features a frank, engaging chat with a local figure, and covers a wide range of topics in local politics, society and culture.

There are many chat shows hosts in the US, but Conan O’Brien has to be the most genuinely witty, able to improvise comedy gold out of any situation.  This podcast allows him to chat with guests in a more freewheeling style, and some of the most fun comes from Conan’s playful bickering with his assistant Sona.

Podcasts are also a fascinating storytelling medium, where fiction can be told over different chapters. Rabbits is one of the most gripping examples. It follows a curious young woman investigating a dark game known as Rabbits, and the deadly secrets it holds. You’ll be hooked before you can press pause.

Like Rabbits, this is another fiction podcast. This time, the genre is sci-fi, and concerns the world’s most advanced artificial intelligence: Sandra. With twists and turns in every episode, it’s addictive listening, and features the voices of A-Listers Kristen Wiig and Ethan Hawke.

A podcast that looks into the strange, wondrous and troubling world of the internet , and the wormholes within it. This podcast has garnered  a lot of critical acclaim, with The Guardian calling it “an unfailingly original exploration of modern life and how to survive it.” Intrigued? Give it a try.

For those curious as to how Maltese innovators are playing a role in the world of science, we recommend ReThink. This is a podcast from Think Magazine, the University’s science publication. In the show, the hosts Daiva and Chris revisit past articles in the magazine and see what developments have occurred since. It’s exciting to discover just how pioneering some of our scientists are.

Sport may be taking a hit, with games and major events cancelled, but The Times of Malta’s Sports Desk is still going strong, and there are several interesting past episodes to dive into. The show looks at the world of sport from a local perspective, and contains interviews with major players and coaches. If sport’s your bag, Sports Desk’s your pod.

If you want to discover more about our islands from the comfort of your couch, try Visit Malta’s podcasts, available to download on their site. There are two fascinating series to enjoy. The first is  UNESCO Heritage Trail, which takes you on a trip through our best sites. The second is the Movie Locations series, and a glimpse at the movie magic that has turned Malta into the Mediterranean’s Hollywood.