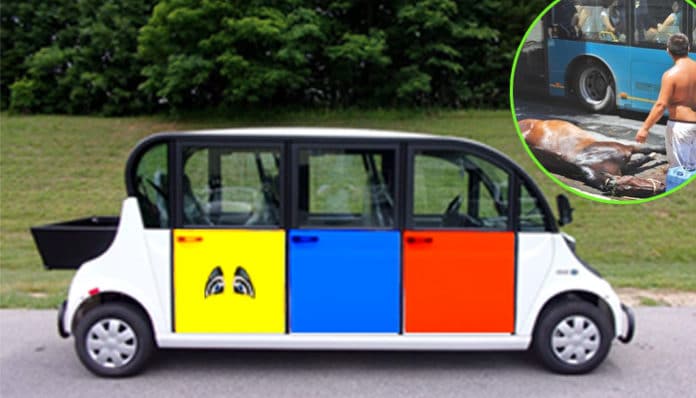 With the slowly growing population of electric cars being introduced, we wanted to look at the next step. Public Transport is an important part of any country’s infrastructure. Love them or hate them, Malta’s buses carry a large number of students, tourists, and workers every day. But they’re big, noisy, and polluting. And would stand to benefit from being replaced with their electric cousins.

What are the advantages?

At the moment buses use diesel engines. Diesel engines produce a lot of torque, which is essential to get large vehicles moving. However, they are very polluting. Much more so than petrol engines. Electric cars also produce a lot more of torque and can apply it more quickly. This leads to increased acceleration and overall better efficiency. Which means that large, heavy vehicles can stand to benefit from switching to electric engines.

They are much quieter and much cleaner. Especially for areas that experience a lot of traffic, the reduction in noise will definitely be welcome. That is not even mentioning the much-needed reduction in exhaust fumes for these same localities.

Electric engines, plus batteries, also tend to be smaller than diesel engines. This means we could also see buses become smaller while maintaining the same seating capacity.

It can replace more than just buses

On a slightly less serious note, and I am admittedly stretching it here, we could also use them to replace the Karozzin. Imagine having small 3 passenger buses painted in traditional colours. The owners maintain their income, and we get horses out of the sun. Everyone is happy.

What are the problems?

With that being said, you’re probably thinking “well what about range?”. You’re right to think this, as electric vehicles lack the range of combustion engines. This is because of the nature of the research, battery technology hasn’t advanced as quickly as other technologies.

Batteries can also decay, and not hold the same amount of charge after some time. Simply making a larger battery might risk it being unstable. There is also the question of if the power grid can sustain constantly charging a large number of vehicles with huge batteries at once. That being said, this might be the perfect excuse to start expanding into renewable energy. This will help cope with the slowly increasing number of electric vehicles being introduced.

Finally, the big one: The Cost. While being cheaper in the long run, the initial cost of electric buses is very expensive. They can cost around €200,000. The silver lining is that China is aggressively subsidising the manufacturing electric buses. 99% of all electric buses are in China, with some cities already serviced exclusively by them. This means we could see a drop in cost in the near future, with the surplus buses, trickling into western nations.

We might not see electric buses take Malta by storm in the near future. This is especially true if we do not invest heavily in the sector, which might not be entirely possible at the scale that is needed. But considering our size, and the sheer amount of cars on the road, removing a source of pollution, no matter how small, is still a significant improvement to the situation.

Would you like to see Malta introduce Electric Buses? Let us know in the comments below.