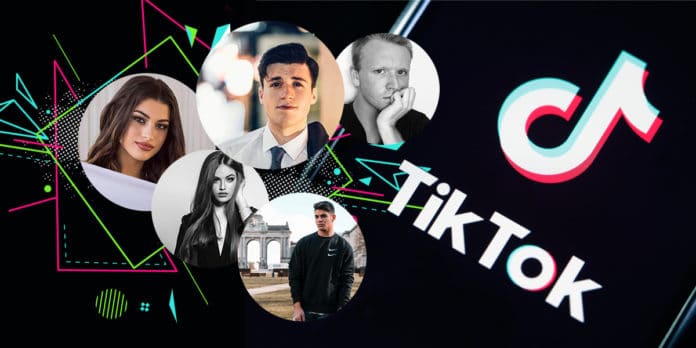 Any Maltese person who uses TikTok is familiar with James’ hilarious and relatable sketches. His videos have transcended the platform and are shared all over Instagram and Facebook groups. It seems as though everyone in Malta has enjoyed his content, and his criticisms of Maltese society couldn’t be more accurate. In lockdown, we could all use the laughs he provides by the bucketload.

This gym rat has amassed almost 90,000 followers on TikTok, with the likes on his videos reaching over half a million! If you’re looking for comedy and muscles, we think we’ve found the account you need to follow. He’s also trained in MMA so we wouldn’t suggest starting any beef!

Look of the day 🖤 Do you like it? ##foryoupage ##fortoupage ##fashion ##girls

Everyone knows Gaia as the winner of the 2013 Junior Eurovision Song Contest, but since then she’s released loads of new music and garnered a sizable following on social media. Her TikToks are a blend of flexing her incredible singing voice, dancing and making us laugh by pulling pranks on her boyfriend.

Yes we had to read the name twice too. Telaizia’s dance videos are some of the most shared on the platform, and her look and style are as unique as her name. One of the most consistent posters with more than 200,000 views on her videos, the only way is up for this young starlet.

After initially becoming infamous for disliking Kinnie, Cameron has made a name for himself on TikTok trying and reviewing beloved Maltese staples. We all know how great our food and drink are, but having someone review them and validate our opinion is reassuring. Oh, did we mention he’s also hilarious?