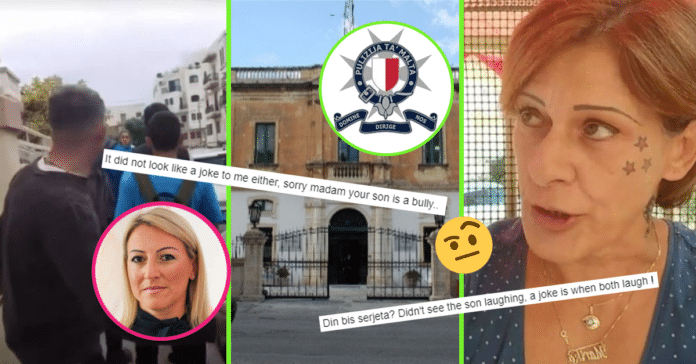 Playful slap between friends or unsuspecting attack? A viral video shared widely last week across local news feeds and news portals has since been taken down, but here’s what we (allegedly) know so far.

The authorities are involved

Whether the assailant’s mother likes it or not (more about that later), the authorities had to get involved, and not just because Owen Bonnici called for it, though we do support his decision. As plenty of the comments suggested, if this was a joke, why weren’t the two of them laughing? Evidently, one side found it funnier than the other.

Dana Farrugia, CEO of Tech.MT, which is also behind the BeSmartOnline campaign, told us that although technology helped uncovered the problem, it’s now up to us to instil the best of values. “We need to teach youths that being kind and friendly is actually what makes you the coolest kid around”.

“The digital world can expose a situation really fast, it leaves an impact on us and we can all learn a good lesson. Both the perpetrator and the victim need help and support in this case.“

As correctly stated by Dana, though, it’s both parties who could do with some assistance. The receiver, not just for the blow received, but also for probably having to see the video at every turn until it was taken down. For the youngster delivering Rafael Nadal-like serve to the back of someone’s head, it’s easy to understand where help comes in.

With the mother’s tirade against people “commenting without knowing the truth”, accusing her son of being a bully, she’s missed the real conversation. Whether he is a bully or not is beside the point, no matter the number of expletives consecutively used in one sentence. The focus should be on why he felt the need to smack someone with excessive force, and then post it on social media. Was it also excessive to get the police involved? How long can we excuse them because “boys will be boys?”.

The rough and tumble of youth doesn’t need to be extinguished, but there’s a clear line between that and unnecessary violence. Apart from that, it’s also an excellent time to teach the young lad that actions have consequences no matter your intentions. It also brings up once again the question of the lengths people go to, to get views on social media. If it were just a laugh, it would have been shared among the group, and not on TikTok.

What do you think: was it right to get the police involved? Should the education minister be focusing on other things instead of a viral video? How do we decide whether a video was just fun between friends or an unprovoked attack on an unsuspecting victim?

Let us know in the comments below! 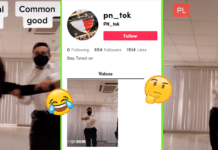 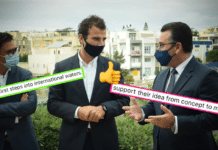 November 21, 2020
We use cookies to ensure that we give you the best experience on our website. If you continue to use this site we will assume that you are happy with it.OkRead more