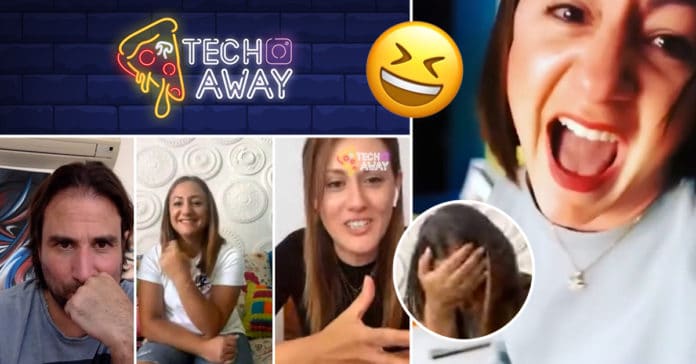 Danita is the most unapologetic, down to earth influencer Malta’s got. She’s a powerhouse of hilarious honesty. Her instagram account, @onechickandayorkie, is always a hoot, where she vlogs about her daily life as a working mum of two (which includes, of course, her yorkie).

So our hosts Ian and Martina couldn’t be more thrilled to welcome her to the new episode of Tech Away, along with her cool mum Anna.

While Danita is a multitalented lass, technology, it appears, isn’t quite her strong suit. Technical issues at the start caused a little setback (hey, if it happens at the Oscars, it can happen on Tech Away!) But no sweat, because Danita soon ditches the laptop for the more convenient smartphone, which is an influencer’s weapon of choice, anyway.

It appears Ian’s hunger couldn’t stand the delay, as he ate his Burger King meal before the camera could get the chance to see it, as did Danita. It seems Burger King is just too damn irresistible.

Things kicked off with a hilariously candid tale from Danita about the time she needed to, er, excuse herself in the sea, only to discover it was swarming with jellyfish. We won’t ruin the ending, but let’s just say her man deserves some kind of ‘Husband of the Year’ trophy.

We also get a blast from Danita’s past as we look back at clips from a reality show she was in called L-Ispjun, Malta’s answer to Big Brother… if you remember this show, get a box of kleenex handy, it hits right in the nostalgia.

Like all our Tech Away guests, Danita didn’t escape without a few challenges! She proves she’s got a formidable knack for knowing which of her friends said what about her. Her skills at the quickfire question round aren’t so sharp however, and, being a class act, she refrains from answering which influencers she didn’t like.

Things take a turn for the steamy as we quiz Danita on which studs she’d choose to marry. We won’t spoil the fun, but, sorry Bieber, you’re decidedly not her type.

All this and much much more in this week’s Danita-tastic episode of Tech Away! Get ordering, get eating and get watching! 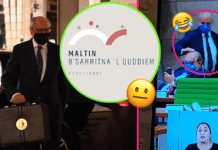 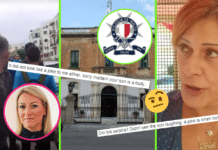 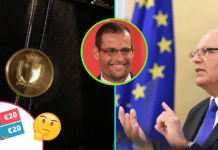 October 19, 2020
We use cookies to ensure that we give you the best experience on our website. If you continue to use this site we will assume that you are happy with it.OkRead more