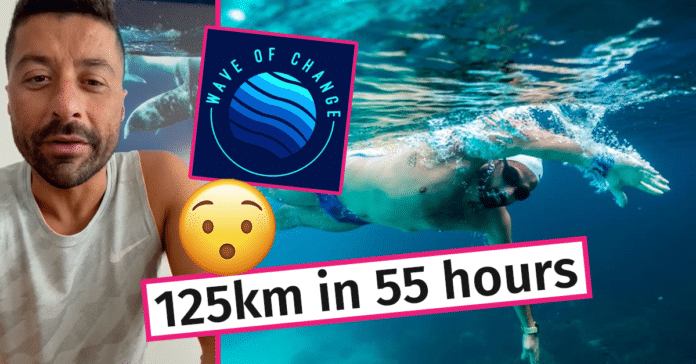 How many times have you made plans, run through all possible scenarios in your head, only to see everything change in an instant due to bad weather? While that might feel like you were dealt a harsh hand, spare a moment for Neil Agius who, just days before his (next) record-breaking swim, has had to change his start and end points.

The original route would have seen Agius depart from Eastern Hawaria in Tunisia and arrive in the Sicilian seaside village of Kartibubbo, a distance of roughly 153 km. Due to bad weather in Tunisia, however, the new route has been established as Linosa to Malta, for a distance of around 130 km. The completion time still stands at an estimated 50-55 hours.

Judging from a video shared to Facebook, the route change has done little to dampen Agius’s spirit. Sure, the maximum length would have been better, but the new route poses no less of a challenge. Also, it’s not the only challenge the team had to face prior to the Monday night plunge.

Fortunately, the type of watch needed was found within minutes.

The swim is part of Neil Agius’s initiative as co-founder at Wave Of Change Malta to raise awareness about plastic pollution in our seas. There’s another initiative running alongside Neil’s efforts, where people are being encouraged to collect plastic around Malta’s beaches to be in with a chance of winning a €100 voucher.

Should Malta be doing more to fight plastic pollution?