Multiverse Messiness in ‘Everything Everywhere All At Once’ 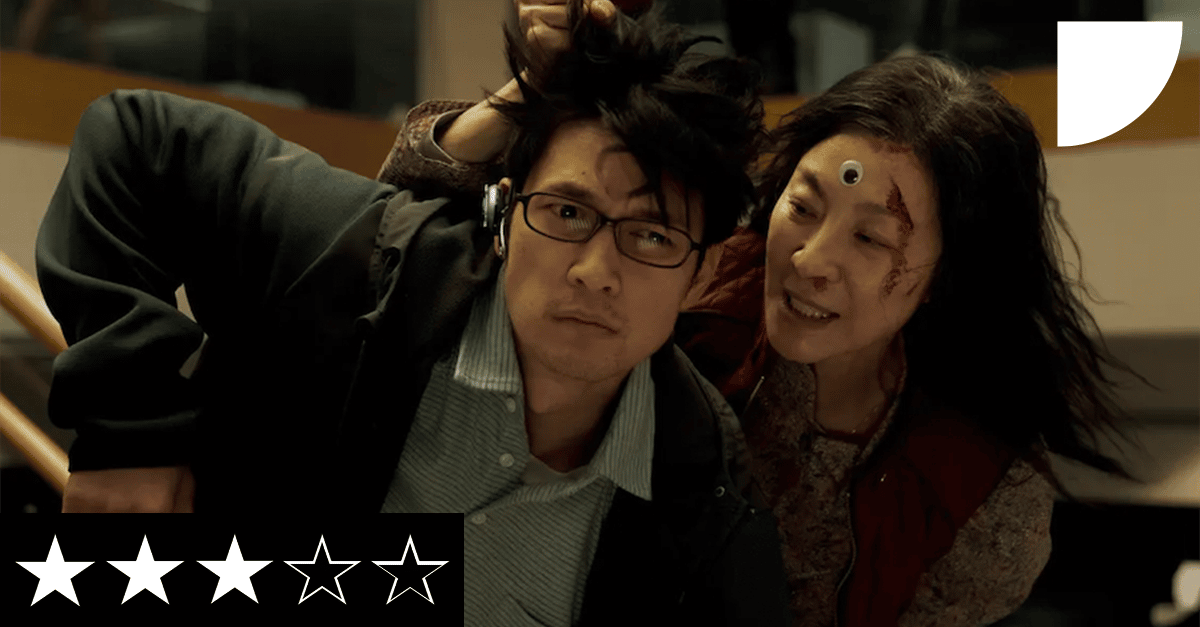 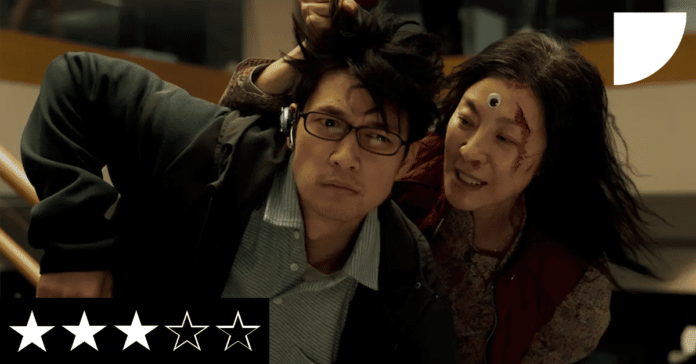 The multiverse is Hollywood’s latest infatuation. Several spider-men have swung around it, while Doctor Strange’s ‘Multiverse of Madness’ is still hogging screens. Ironically, A24’s ‘Everything Everywhere All At Once’ serves up a hell of a lot more ‘madness’ than anything Marvel could muster.

It appears that off the back of their acclaimed oddball comedy ‘Swiss Army Man’, directors Daniel Kwan and Daniel Scheinert (aka ‘The Daniels’) were given carte blanche to bring their craziest visions to life. The result is an inter-dimensional kung-fu odyssey, led by a superb performance by Michelle Yeoh.

She plays Evelyn Wong, a Chinese-American who runs a decrepit laundromat with her husband (Ke Huy Quan). She’s burdened by serious financial problems, a stale marriage, and a troubled relationship with adult daughter Joy (Stephanie Hsu). Just as she’s facing a dead end in life, an alternate version of her husband arrives, telling her she needs to save the multiverse from an all-powerful menace. The Daniels are undeniably talented filmmakers, bursting with ideas. The fight scenes alone boast more invention than anything in ‘The Matrix Resurrections’ (seeing Quan, none other than Temple of Doom’s Short Round, dispatch security guards with nothing but a fanny pack is a delight). The duo have also drawn some incredible performances. Yeoh showcases her immense versatility, Hsu is a revelation, and it’s a thrill to witness former child-star Quan back with such a bang. Meanwhile, Jaime Lee Curtis is fantastically fun as an antagonistic tax auditor.

“…it’s all over the place, and spectacularly ill-disciplined”

However, the film’s title is the perfect summation of its biggest problem: it’s all over the place, and spectacularly ill-disciplined. Case-in-point: to jump between universes, characters, we’re told, need to do ‘something weird’. No how, why, or what. This pretty much encapsulates the ‘weirdness-for-weirdness’ sake’ approach that runs throughout.

There’s a forced wackiness to it all (Hot-Dog Fingers! A Singing Racoon!), the whole shebang feeling closer to live-action ‘Rick & Morty’ than ass-kicking Charlie Kaufman. This hyperactive zaniness becomes exhausting, especially given the indulgent two-and-a-half-hour runtime. It’s a film that’s begging to be embraced as a cult classic, but true cult classics are never manufactured to be so. 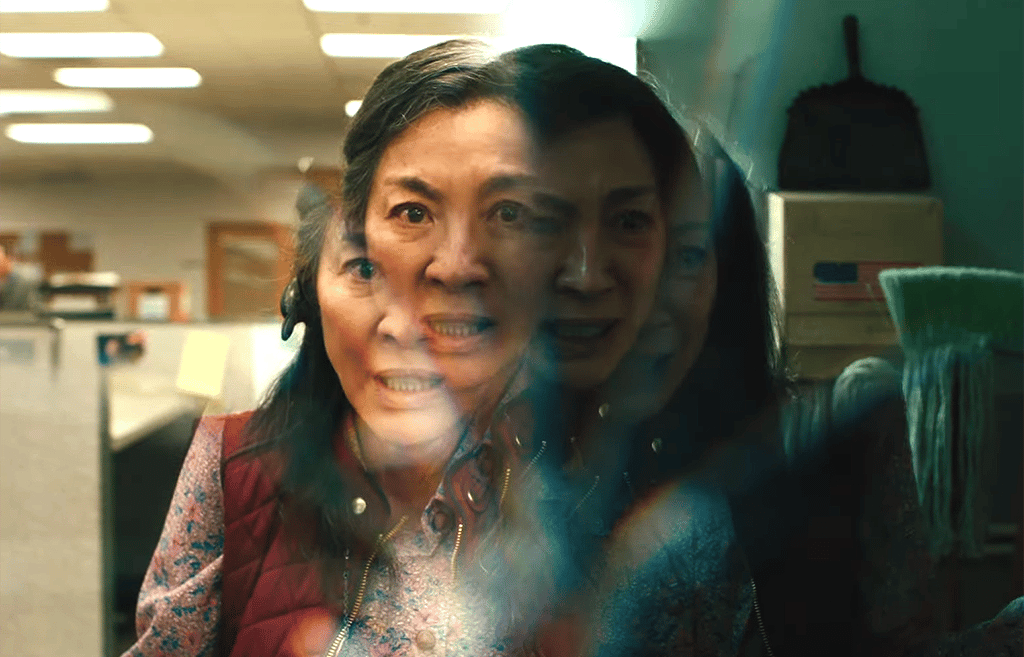 “…a welcome reassurance that originality can still find an audience”

For its modest $25 Million budget, it’s impressively ambitious, and its box-office success is certainly worth celebrating; a welcome reassurance that originality can still find an audience. Nevertheless, a little restraint would have gone a long way. ‘Some Things, In a Few Places, at Certain Times’ may not be a great title, but it might have been a better movie.

Overstuffed, overlong, and too self-consciously crazy for its own good. Still, it’s packed with stunning visuals, inventive action, and a superb performance from Yeoh.

‘Everything Everywhere All at Once’ is currently showing at Eden Cinemas. Tickets can be purchased online.