After a lot of teasing, NetherRealm have finally announced their next instalment in the genre defining Mortal Kombat series, titled Mortal Kombat X. Along side the announcement the development team released the first trailer showing off a fight between Scorpion and Sub-zero.
The game is slated for a 2015 release, and will presumably available on Playstation 4, and Xbox One (although not confirmed). 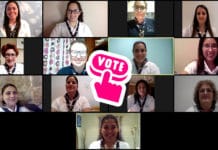