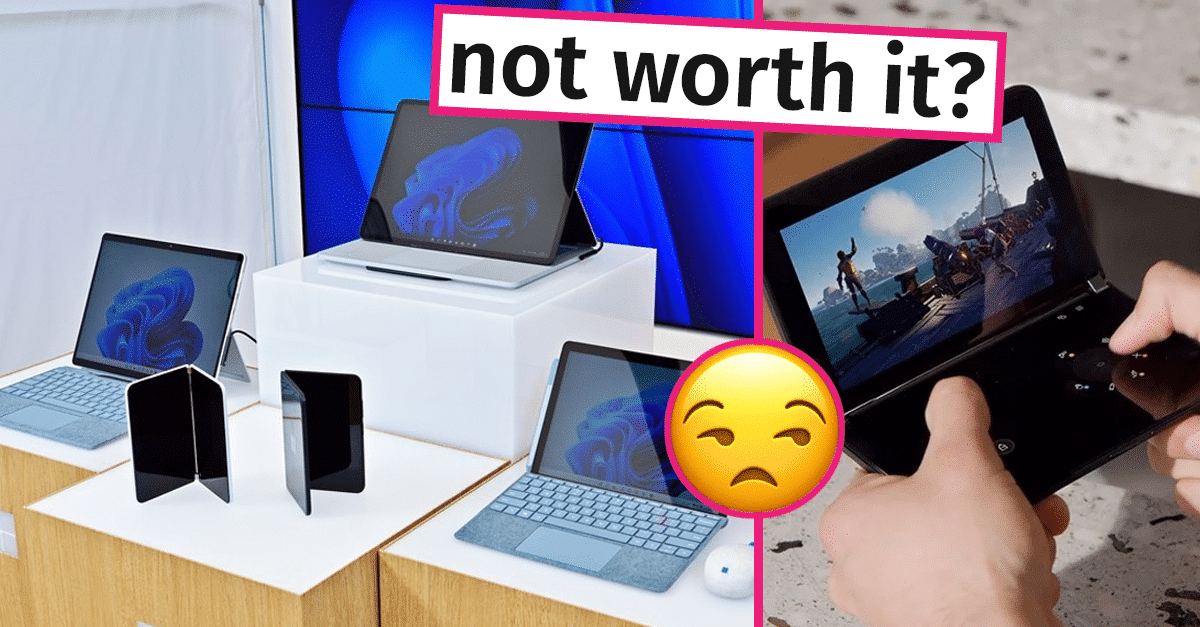 Earlier this week, Microsoft had plenty to reveal from its Surface event, not least a computer mouse made from recycled plastic. However, there was a lot more to the event than just that, with plenty more hardware to go with the Windows 11 update.

But not quite to the wall in the case of the latest version of Windows. It’s the biggest update in six years for the tech giant, being released on the 5th of October, and it’s got some pretty neat upgrades. The Mac-like design might appeal to some Apple users, or will appeal to them if their workstation features Microsoft applications.

Other than that, there’s a revamped Start menu which is located in the bottom centre of the screen, which we’re not too sure about, but it can always be relocated to the left where it belongs. However, there’s one glaring omission that we feel hurts the release of this update. Well, actually two.

The first is the lack of support for Android apps in the MS app store for the time being. Other than saying a preview test will be rolled out “over the coming months,” not much has been revealed. The second sticking point is the fact that the launch will be “phased and measured”. New eligible devices will be the first to get the upgrade, with everyone else to receive it between October and June-July 2022.

All things considered…we’re not big fans of that.

Rising to the surface?

The first Surface hybrid tablet was released nine years ago, but the ones released now are quite the step-up…which you’d expect at this stage. Nonetheless, Microsoft revealed a lineup featuring the Surface Laptop Studio, the Surface Pro 8, the Surface Duo 2 and Surface Go 3.

The Surface Laptop Studio takes some inspiration from the iPad Pro (with the Magic Keyboard), in the way it operates with the hinged display before taking a nearly-flat position. The angle at which it sits can be adjusted, and as a device, it’s target to content creators (usually Apple’s audience) and gamers.

It’s got a 14-inch screen, but with a pixel density of 201ppi (which is decent), it’s still beaten by Apple’s Retina across the iPad spectrum. For that price (starting at around €1,370) and those specs, you’re probably better off with the iPad Pro.

The Surface Pro 8 on the other hand does at least offer stern competition to its Apple counterparts. Coming with a 13-inch, 2,880×1,920-resolution screen, it also has a refresh rate of up to 120Hz for a smoother inking experience. The Surface Slim Pen 2 also has haptic feedback, giving you a real paper-like feel when in use, which is always a nice touch.

Buyers have the option of going for the Wi-Fi only or LTE versions, with up to 1TB solid-state drive in the Wi-Fi version as well as removable 128GB or 256GB SSD options in the Wi-Fi or LTE models. However, with the starting price at €940, you’ll go over the €1,000 mark if you want to add the pen and keyboard.

We’re still not sure that foldable phones (or pholdable) will quite make the cut, although it really could go either way. In any case, Microsoft has waded into this market with the Surface Duo 2, a smartphone that comes with a triple-lens camera with 12-megapixel wide, 12-megapixel telephoto and 16-megapixel ultrawide lenses.

However, with prices starting at around €1,200, again, we’re not quite sure the specs are in line with the competition offering better products at similar prices. The fact that 5G support, NFC option and Wi-Fi 6 are all missing means you’re definitely better off looking at other phones.

Last but not least

The smallest tablet in the lineup, the Surface Go 3. It’s predominantly made for education purposes, coming with a 10.5-inch screen, but despite the support for keyboard and pen, neither is included with the device. Currently, only the Wi-Fi version is available, starting at around €340, but lest we forget; worldwide shipping will begin later this year.

Back to the Go 3 though, Google Chromebooks seem to have taken over the education tablet market, beating even Apple’s iPad Mini.

All in all, despite plenty of upgrades to its Surface lineup, it would appear that Microsoft might have been better off investing elsewhere. We’re sure that there will be plenty of people who enjoy using these gadgets, but we feel that put simply, there are better options around.