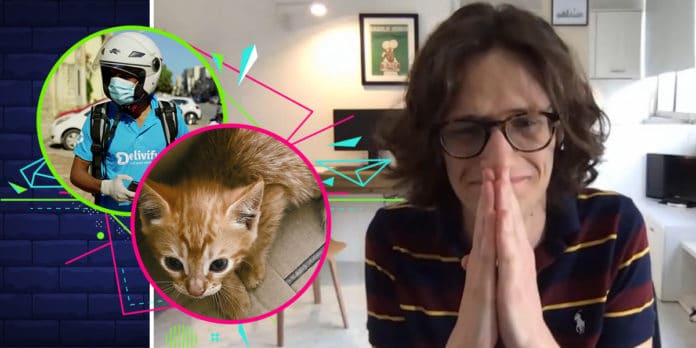 Tech Away is back back back, with what could be our best episode yet! Joining our hungry presenters Ian, Rachel and Martina is none other than Xarabank presenter and nerdy heart-throb Mark Laurence Zammit!

The always likeable Mark is as honest and open as can be. The Gadgets gang were not afraid to dive right in to Mark’s personal life and some of his more embarrassing moments.

Mark’s reported virginity, unsurprisingly did come up fairly quickly. Ever since Peppi publicly ‘outed’ him on Ben Camille’s chat-show,  our boy Mark’s found himself as something of a hero among local virgins, and the target of plenty of female fans willing to fix that.

Of course, Mark’s since coupled up with the lovely Deborah….so, is he still ‘untouched’, shall we say? Watch and find out!

We also delve into Mark’s previous aspirations to be a priest, and why exactly he recreated a parish church in a room of his mum’s house (seriously, is this like the Catholic version of Fifty Shades’ ‘Red Room’?).

A video of Mark’s rather, er, unique dancing style also came up… the question is, is it as sexy as Rachel thinks, or is Martina’s ‘Mr. Bean’ comparison more accurate? You decide!

Oh, and which of Mark’s friends has said that he’s a great kisser? Hint: it’s NOT his girlfriend!

All this, and much more! Stay tuned till the very end, because Mark is going to receive some VERY surprising news (which might just put his relationship in danger!). No spoilers though…you’re just gonna have to tuck in to this week’s Tech Away!