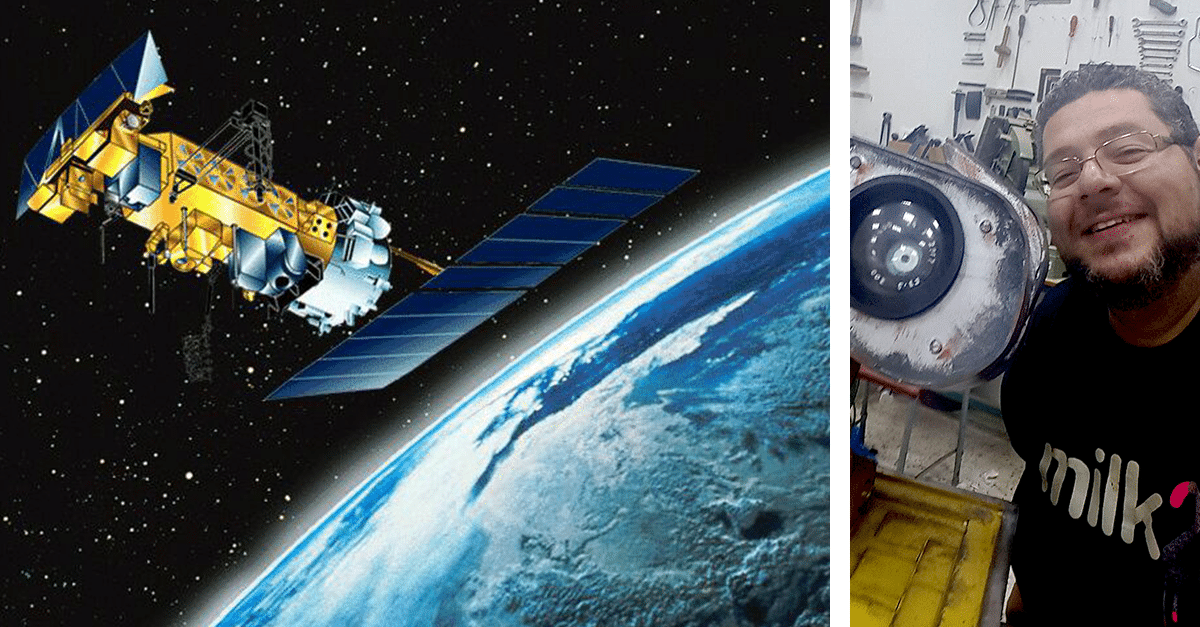 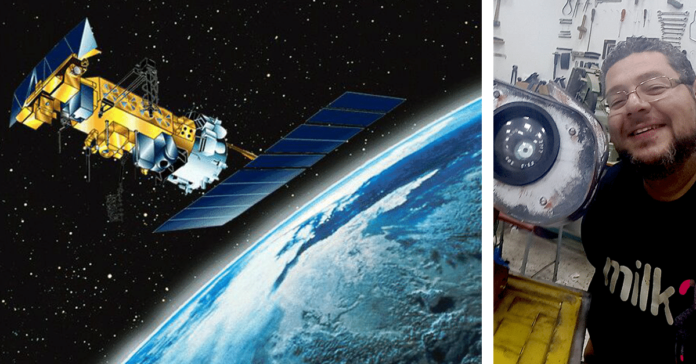 Everyone needs a hobby, whether to occupy their time and minds between work, errands and life in general or a side-project related to something they thoroughly enjoy. Some learn musical instruments, others paint, or go for walks in nature. For Maltese tech guru James Catania, it’s about building stuff (mostly robots, he happily reveals). One of his latest creations saw him receive data directly from a satellite in space is most certainly laudable, especially when finding out that he did it all himself.

Lest we forget, it’s an object travelling at 7,000 miles per hour at an altitude of 854km above our heads.

Tricky process for a great reward

“I’ve always been interested in the aerospace field, so achieving direct communication with a space-borne object was kind of a Holy Grail for me”, Catania explains. Revealing how his interests come in phases, he talked us through this latest one concerning software-defined radios. “I’m one of those people who’s always got some project or other going on, and I make sure that I see them through until the end”, he says. “Right now I’m going through this SDR phase, so I’m practically setting up a radar station on my roof, from which I can get info and data related to weather, flights and pretty soon I’ll be hooked up to AIS which is the satellite frequency for boats.”

It’s this level of interest that resulted in a four-year project that saw him receive images from the NOAA18 Weather Satellite. He himself said that the goal of achieving this is arbitrary; it’s not something that will help him in his career per se. “I’ll be honest, it’s not overly complicated, but it does need dedication…and as in my case, you need to be a bit of a nerd”, he says with a laugh.

Getting to this point was no laughing matter though. Though the setup might not appear too complex in terms of the number of devices and wiring required, the setup does take a while to perfect. Catania runs us through the scenario he was faced with. “You need to see where the satellite is, what frequency it’s operating at since that changes every time the satellite comes back around. It takes a couple of hours to get things ready in terms of receiving the data from up above and compiling the images.”

There are hundreds of parameters to consider, but it’s all information available online, he assures us. So, what high tech gadget is he using as an antenna to receive the data from the satellite? Laughing once again, Catania reveals: “It’s just a normal TV antenna that we used to use back in the day! Sometimes the simple things will do the trick”. What did it feel like when it all came together?

“It’s a massive triumph for me, and not everyone will grasp just how momentous it is, but I felt I was walking on clouds for days after that! It was a very steep learning curve for me, especially since I learned all of this pretty much for fun because I chose to”. Sure, there are apps for receiving this kind of data, but Catania’s reasons are two-fold. The first is that they don’t provide quite the same levels of data. The second is that there’s a certain in joy building something from scratch that removes the need for third parties to provide you with that data, he explains to us.

As mentioned, this was only the latest project Catania completed; there’s probably an endless pipeline of self-imposed targets, milestones and achievements he’s just waiting to challenge himself with. One of these is a completely autonomous robot that works with artificial intelligence and solar power. “We’re aware of the issue concerning jellyfish population in the Mediterranean, so what this robot would do is simply float around in our seas, moving thanks to the solar energy it’ll be harvesting, and the idea is to use it to track and reduce jellyfish populations if possible”.

It’s easy to think of James Catania as an IT genius; after all, he set up communications with a space satellite to send him weather updates, and talk of his next project further reveals the complex nature of the projects he pursues. Was he simply blessed with a higher intellect than the rest of us? That’s just the easy way of reasoning. It’s an amalgamation of intelligence, application and hard work ethic that ensures that any project tackled is seen all the way through.

“The truth is that I was never a straight-A student. Although I hold two master’s degrees, my skills are a lifetime amalgamation of continuous study, sleepless nights, the joy of learning for the sake of learning about everything and anything and most importantly making mistakes and persevering. One of the most popular questions we ask is ‘What do you want to become when you grow up?’. My answer at 42 still is ‘I don’t know’ and I hope it stays that way for as long as I live.”

The issue of curiosity is an interesting point. Despite our need for tech, the way it’s used as a digital pacifier, as Catania put it, only leads to a dimming of the curiosity spark. “Parents need to measure out the way their kids use certain gadgets; I’ve used YouTube extensively, but mostly to help me build certain things. We’re not fully aware of the dangers of social media, so we should be a bit more careful and pay more attention to our kids’ interests”.

It’s sound advice indeed. Who knows, they might just go a build something incredible themselves.