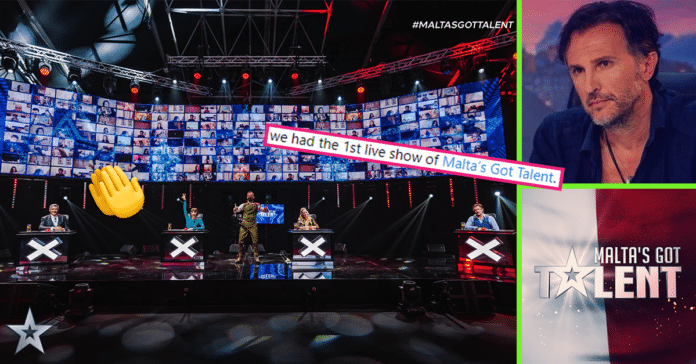 Malta’s Got Talent welcomed their first live virtual audience which, unfortunately, is the best that can be done in the current circumstances. It follows the trend of what is being done internationally, although we must ask one question.

Could it have been done earlier?

As Howard Keith said, it’s already tough as it is to put this kind of show on in the current circumstances. “I missed the live audience but happy that at least we had a virtual one”, he wrote on Facebook. But could the virtual audience have been done earlier? There was a kind of attempt at that earlier in the show’s running, but they’ve delivered it properly now.

A step forward, it most surely was. Gordon was constantly engaging with the audience in real-time, and the set up put together most certainly deserves a round of applause in itself. For those watching on TV, there’s the audio of a live audience, similar to what we’d seen in football matches. It’s not the same of course, but it’s a more than adequate substitute.

What did you think of the virtual audience? Let us know in the comments!