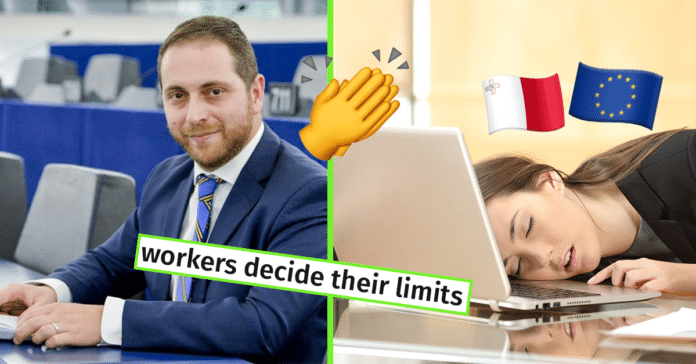 Later today, EU lawmakers will vote on a proposal that would give workers the right to disconnect once their official working hours are over. The increased tech dependency means that we can work from anywhere at any time, but that’s not always good. MEP Alex Agius Saliba is leading the fight to have this directive implemented across the bloc.

What you need to know

The directive would aim to introduce a minimum requirement of digital tool use outside working hours. This would in turn lead to the right of disconnection for all digital workers. Workers will be able to dictate their own limits, as well as ask for fair compensation when working after hours, without running the risk of negative repercussions as a result.

That being said, apart from the ongoing pandemic, there can’t be a blanket law that everyone has to implement, and a certain degree of flexibility is necessary. As Agius Saliba said, “Different jobs encompass many different realities and it’s not possible to draft one legislation that accommodates everyone”.

A minimum standard will be set, and then governments will then work with the respective entities that will be specific for the various industries as necessary. “The culture of always being connected and working until you die is not a European value,” he continued.

Do you agree with the proposed law or should we always be connected?