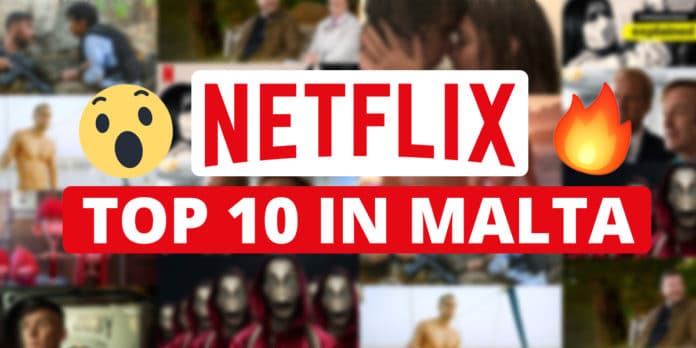 How does one discover the soul of the Maltese? Is it by researching our culture? Studying our history? Reading the poetry of Dun Karm?

Maybe. I don’t know. To be honest, that seemed like kind of hard work.

So instead, we did the next best thing: looking at the top ten Netflix shows in Malta. So, lets see what our nation’s favourite binge-fodder says about us.

Straight at the Top is Netflix new action-thriller Extraction, about a grizzled black-ops mercenary looking to rescue a kidnapped boy in Bangladesh. So why’s it at the top of Malta’s list? Well, Maltese lads are certainly fans of explosive action, while local girls must enjoy the sight of a sweaty Chris Hemsworth running around for 2 hours.

Like most countries in the world, we’re still coming to terms with the Coronavirus. How dangerous is it? How does it spread? What next? This hunger for information has led to Netflix’s doc ‘Coronavirus Explained’ to reach second place. It’s the latest from the engrossing ‘Explained’ series. We clearly want to get a handle on this whole Covid-19 thing.

3) Too Hot To Handle

Now, we weren’t expecting ‘Sense and Sensibility’. But really? ‘Too Hot To Handle’? The show concerns a group of sexy twenty-somethings on an island. The big twist? They can’t do anything sexual.  So why’s it so big here? Perhaps all the young locals locked indoors with parents find this relatable.  Don’t worry if you’re already hooked. There’s nothing wrong with a little junk.

Peaky Blinders is a massively popular crime series in Malta, and now that season 5 has just been released, it’s not surprising to see it at number 4. It has a stellar cast, including Cillian Murphy, Adrien Brody and Tom Hardy. Malta has a soft spot for British culture and a love for crime thrillers, and Peaky Blinders is a combo of both.

Money Heist is a global phenomenon, so Malta is hardly alone in loving it. This Spanish show is masterclass in how to make an addictive heist thriller.  We obviously love a good crime story, but let’s hope we don’t get too inspired. BOV, watch out!

This treasure-seeking thriller series takes place on the beachside coast during summer. Beaches and summer are two things that we’re all starting to crave in isolation, so it’s not surprising that so many of us are escaping into this instead. Watch it, and  just imagine it’s taking place on Golden Bay.

Gervais, the co-creator of such genius works as The Office and Extras, was stumbling for a while with disappointments like ‘Life’s Too Short’ and ‘Derek’. The critical and commercial popularity of ‘After Life’ seems to be his comeback. This is by far Gervais most emotional work, a bittersweet comedy-drama about a man grieving over the death of his partner.  I guess our islanders have a sentimental side too.

This crime show  is a spin off from Breaking Bad, and focuses on small town lawyer Jim McGill, played by the excellent Bob Odenkirk. It’s mix of drama and dark comedy has proved a winning recipe across the globe, and that’s sure been the case here. It proves that, of all genres, crime is what gets us hooked most easily.

The Willoghbys is the only kid-friendly choice on the list. It seems adults still dominate the streaming service over here. Never-the-less, this looks so darn charming it’s likely to attract the grown ups too. While the animation looks cutesy and colourful, many viewers have said that it could be a bit too scary for children. Maltese kids must have a dark sense of humor.

Overall, what does this all say about us? We certainly love crime, we aren’t afraid of sex… and we’re hungry for good documentaries. We’ll binge acclaimed  shows, but we’ll also veg out to frothy nonsense. So, when it comes to Netflix, we’re not that different to anyone else. 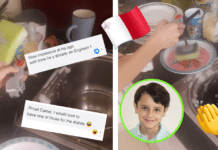 Do The Robot: Maltese Boy Invents A New Dish Cleaner 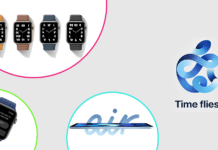 Do The Robot: Maltese Boy Invents A New Dish Cleaner

September 16, 2020
We use cookies to ensure that we give you the best experience on our website. If you continue to use this site we will assume that you are happy with it.OkRead more