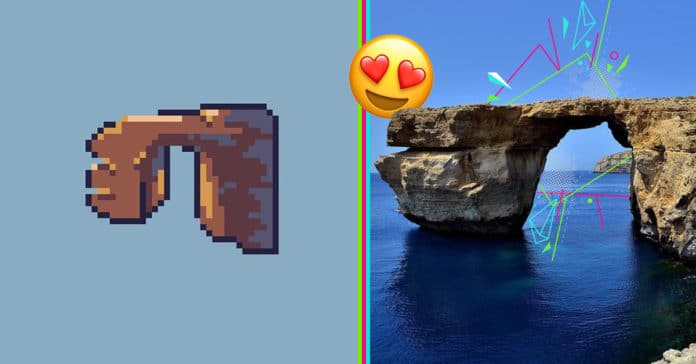 Whether it’s 80s and 90s nostalgia or an intended throwback, there’s something about pixels that’s so intriguing. Riding that wave of nostalgia, @maltapixels has been posting pixelated images of Malta’s more popular features (for better or worse) and giving them a uniquely digitised twist.

It’s all a display of local culture

The first image, posted three weeks ago, is a fun yet poignant reminder of our dearly departed Azure Window. It’s as immediately recognised as the later-posted and ever-popular pastizz, the much-maligned construction crane and the local favourite lampuka. There’s also Valentina Rossi’s shot that broke the local Internet, and Ira Losco during her rendition of 7th Wonder (incidentally the last time I willingly watched the Eurovision). Also, despite the current times, what’s more culturally identifiable to anyone over the age of 16 than the pint cup from Big G’s?

While we eagerly await more images, it’s difficult to predict what comes next – sure, there’s both the pastizz and a Wudy sausage roll, but in between, you’ll find a Widnet il-Baħar, a carob tree and a blue rock thrush (merill).

Here at Gadgets, we’re betting on the next potential image…my guess is a pint of Cisk, though the other answers range from a pot of spaghetti to the beloved Charmaine Gauci, although the colourful Luzzu is probably worth a good shot too. Stay tuned!