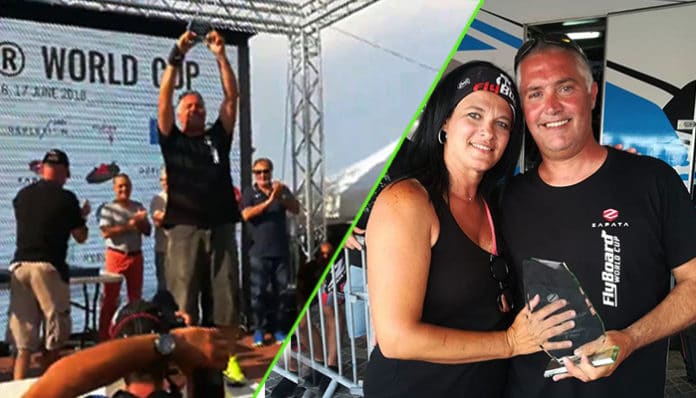 Apart from possibly being the most badass sport ever, flyboarding is basically a water-powered jetpack that allows you to hover, fly, jump and flip with the power of water, in the water.

Here is a feature we filmed a few years ago where we got to try out Flyboarding.

Simon Desira and his wife Joanne Desira are the action couple behind Flyboard Malta and loads of other next-generation gadgets such as the OneWheel and the Hoverboard.

Well done to Simon & Joanne for promoting and taking part in such an awesome and groundbreaking sport!

Should Malta be investing more in action sports? Tell us what you think in the comments below.