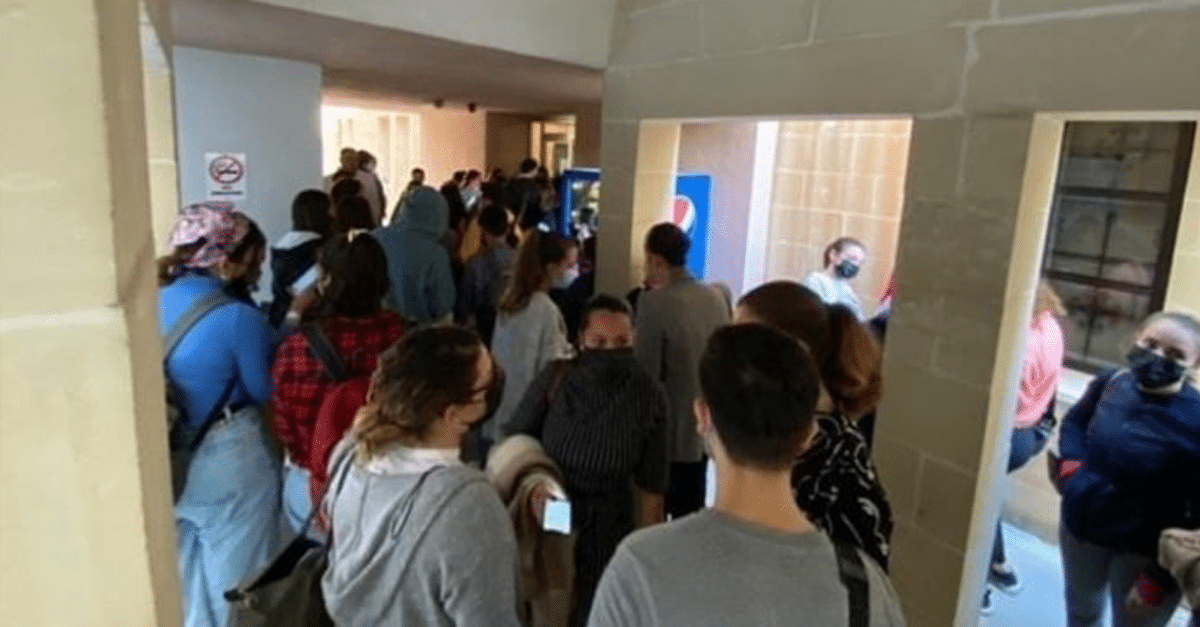 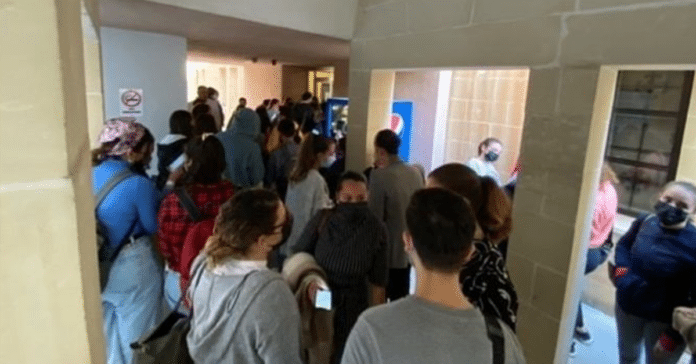 If anyone wasn’t convinced by the Budget’s promise to digitise more of Malta’s services, then the events of early Thursday morning should dispel any doubts that such intervention is much needed and as soon as possible. Chaotic scenes were abounding at the University of Malta’s Faculty of Law, and there are a number of ways they could have been avoided.

Releasing statements to their social media pages, and undoubtedly in a formal manner, various student organisations expressed their disappointment and outrage at how Masters in Advocacy students had to queue from midnight in a bid to ensure they are able to apply and get accepted into their preferred electives.

Malta Law Students’ Society, European Law Students’ Association in Malta and the Junior Chamber of Advocates said in a joint statement that the situation was unacceptable on a number of counts. The first is the issue of low capping for elective units.

Limiting to 25 students for certain electives left many applicants scrambling to get to university way ahead of the 8 AM time proposed by the faculty. Originally, students were told to apply on Monday between 1 PM and 5 PM, but an admin error saw students get accepted throughout the morning. In response to this mistake, the Faculty opted to annul all applications, and asked students to apply in person on Thursday morning.

Given that it’s their professional future at stake, the students can be forgiven for wanting to get in early, especially since the capping for certain subjects had been lowered to 25 and a first-come-first-served basis is used. It was a literal case of “you snooze, you lose”, which led to rising tensions, amid reports of fights breaking out among some students, though they were quickly quelled.

The student organisations called for a modern approach to be taken for applications. COVID-19 restrictions would be reason enough to digitize the application process, but queuing from midnight in an EU country in 2021 to apply for subjects in a Masters course is not something that should be read anywhere.

The joint statement explains the proposals being suggested, which are the removal of capping for online electives, the increase of capping for such electives to more than 25 (as in previous years), have the University admin department adopt modern measures and those who applied without a second preference be allowed to e-mail this preference.

The statement continues, stating that it is “embarrassing” that in the age of online applications being the bare minimum, things should be made far easier for students to apply. Also, they most certainly should not need to fight to have access to a valuable education.

Malta is in the midst of introducing and improving a number of digital services, and truth be told, it can’t happen soon enough.

Which other local systems are in dire need of an upgrade?