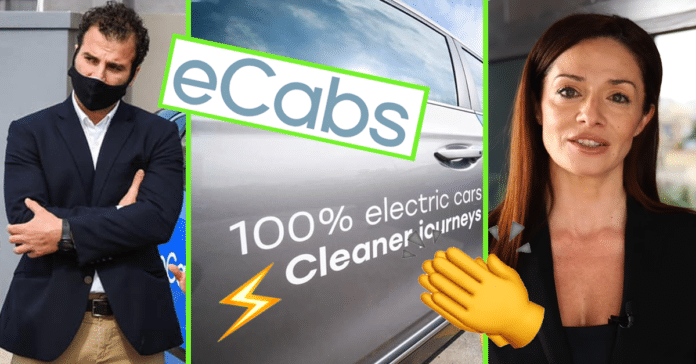 eCabs have been the leading cab company in Malta for well over a decade now, and the way they’ve done it is by never standing still. Recently, they also made a pledge to become more sustainable. Words without action quickly lose their meaning, but that is surely a criticism that cannot be aimed at the mobility company, as they look to run an entirely green fleet by 2025.

The pledge is welcomed not just because a leading company has chosen sustainability, but also because it’s being done alongside the government’s target of reaching carbon neutrality by 2050. Bold statement? Surely, but that’s the best way to get things done.

In an event where eCabs CEO Matthew Bezzina was present along with Minister for Energy, Enterprise, and Sustainable Development Miriam Dalli, they both echoed the sentiment that the only way to reach these goals is if everyone’s pulling the same side of the rope.

“The private sector will find the Government on its side in its transition towards a more sustainable economy”, said Minister Dalli. “My Ministry, together with other government entities, is working hard on a holistic strategy that will help encourage the take up of zero and low-emission vehicles”, she went on to explain.

Mr Bezzina, proud as he is of the investment being made, is also enthused by the commitment from the government towards the required infrastructure. Reaching these targets “will mean a significant investment by eCabs, and an equal commitment from Government to ensure that the infrastructure to support electric mobility be implemented”, Bezzina said.

The electrification process has started with the launch of a number of fully electric vehicles including models from KIA, Hyundai and Citröen that join the existing hybrid vehicles in the eCabs fleet.

The times we’re living in have not been ignored or forgotten; instead they’ve served as added inspiration. As Mr Bezzina stated, “restrictions during last year’s lockdown sent our industry into a spiral, but on a more positive note less traffic meant reduced air pollution and cleaner air for everyone.” So, rather than sit on current situation, eCabs used it to cement their vision towards becoming even more sustainable and inspired the eCabs Greener Future initiative.

With that mindset, 2025 will just be another milestone; expect eCabs to look well beyond that and ensure to play their part in making the country a better place.