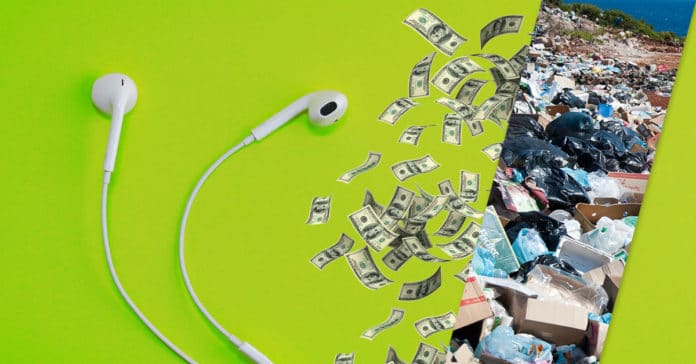 You read that right. Well-connected analyst Ming-chi Kuo has been quoted as saying that Apple plans to stop including both the wired EarPods and chargers. There are a couple of advantages to keep in mind before jumping to the conclusion that it’s all a ploy to push people to AirPods.

Mother Nature gets a break

Every little bit counts, as they say, and an estimated 200 million iPhones sold per year amounts to a sizeable amount of plastic produced. The fact is that EarPods are hardly the best headphones around, and you’ve probably already got a decent set and can do without another pair lining your old-but-don’t-want-to-throw-away-gadgets drawer. Charger-wise, there’s been the shift towards wireless charging, but if you really need a cable, you can check out the steel ones by Mophie, and you’ve got one for life.

Not producing EarPods and chargers has further value for Apple. Those savings can be used to offset the cost for the 5G network (which doesn’t cause cancer by the way). Apple has been notoriously slow in upgrading levels of connectivity in the past, but it’s not stopped them becoming one of the most valuable companies on the planet either.

Although it’s a pretty environmental picture that’s being painted, with Apple discontinuing EarPods and chargers, they’re still the same guys so pointedly against the universal charger idea. The tech industry as a whole could be doing more to help with the plastic problem, but it’s a start. And for those angry that Apple is removing the “freebies”, there are plenty of top-notch headphones you can invest in to do justice to the music you listen to.

Unless it’s Nickelback. In that case, there’s nothing we can do to help.