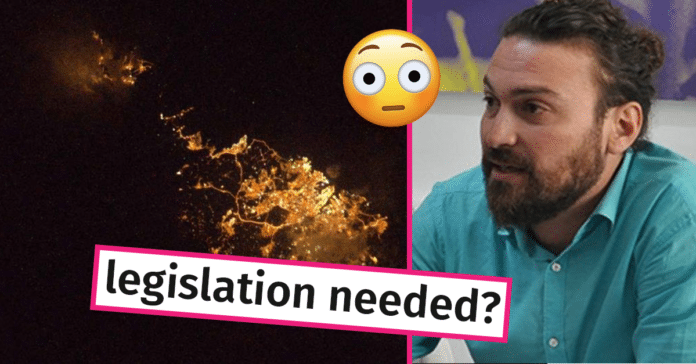 For the record, we’re all in favour of light and electricity; without them, not only would the world have stood still, but Gadgets probably wouldn’t even exist. What we do have an issue with, however, is that the excess amount means that 80% of the world’s population lives in a perpetual glow during nighttime.

Hint hint: that’s not healthy for us, or the other species we share this planet with. That’s why we had a chat with Nicholas Barbara, head of conservation with BirdLife Malta, and Alexei Pace, a local light pollution activist, because light pollution is a very real threat in Malta too that’s probably not spoken about enough.

“Malta holds globally important populations for seabird colonies that are unique and highly protected”, Barbara tells us, right off the bat, “and the issue of light pollution is very real and very threatening”. It’s especially tangible for the grounding of juvenile birds, which instead of venturing out to sea get confused by the lights inland.

Unless rescued, the birds will get stranded and die.

“We’ve seen altered behaviour at these birds’ nesting sites along our sea cliffs. Some of the more problematic areas over the years have been places like Xlendi in Gozo which affects some of the largest colonies along the Gozo cliffs, and Ħal Far’s industrial estate disrupts the cliffs on that part”.

The issue extends further though because light doesn’t just affect the direct area where it’s originating from. Barbara tells us: “Intense development areas like Buġibba cause illumination perceived as far as the cliffs of Aħrax in Mellieħa, where we have also an important seabird colony and a number of other sites.”

A current case is that of the Yelkouan Shearwaters, which are fledging from their colonies. “Sometimes we’ll experience three or more straight days of Yelkouan groundings”, Barbara somberly says. “We pick up these birds, assess their health and in most cases, we release them back from a safe colony site”.

What’s being done about it?

“Just last year we finished the EU LIFE Arċipelagu Garnija Project which focussed on one of our seabird species – the Yelkouan Shearwater”, Barbara reveals. “We actually studied the impact of light pollution on this seabird’s activity, and we also assessed how impacted are the various colony sites on our islands”, he further explains.

Part of the project saw BirdLife intervene in hotspots to reduce such impacts and have also managed to convince the respective owners to alter lighting schemes in areas such as Wied iż-Żurrieq, the Ċirkewwa Ferry Terminal (with Transport Malta as partners), AFM infrastructures such as at Qortin (in Gozo) and Qammieh Radar Station, as well as the Xlendi promenade, among others.

Barbara also addresses one misconception that few think of, given LED lighting’s advantages in terms of consumption. “The switch to LED lighting is normally perceived as being beneficial”, Barbara says, “however, the net result in most areas has been of greater light pollution simply because of the colour factor of the new LED lighting as opposed to for example the old sodium lights that once adorned our streets”.

The state of construction

Alexei Pace feels that although more and more buildings are built at the edges of the development zones, there are still various ways of mitigating the excess light attributed to this urban sprawl. “We could limit external building illumination at night,” Pace says, “and install blinds and louvres in internally illuminated buildings, which goes a long way towards cutting down the amount of artificial light emitted through windows.

Pace also discussed the issue of guidelines, policies and regulations surrounding the issue of light pollution. While countries like the UK, France, Slovenia, Croatia have long since embraced light pollution legislation, although Pace also pointed out that Italy has taken a novel approach.

“There are external lighting conditions imposed in most ODZ permits issued nowadays by the Planning Authority so even though they do not consist of a specific law per se they are still enforceable.” In Malta’s case, the waiting game goes on.

“We are still awaiting formal introduction of enforceable policies which shall, hopefully, follow suit after the adoption of the “Guidelines for the Reduction of Light Pollution in the Maltese Islands” which has still not been formally adopted by ERA/PA one year after the closing of the public consultation stage,” Pace laments.

Guideline document on light pollution launched today by @farrugiaaaron, based on what science is showing us, with my humble input after many years studying this subject, campaigning and hearing different views on the matter. Send in your comments! https://t.co/CwG1CTYBbj

Of course, this issue is not endemic to Malta. It’s a worldwide issue, and studies have shown that the majority of light comes predominantly from advertising billboards, floodlights, buildings with their lights on, facade lighting, and parking lots. The main solution would be to, at the very least, dim the lights, and where possible, turn them off at night.

That’s not to say that we as individuals can’t make a difference. Simple steps go a long way, so closing curtains at night so the light doesn’t escape across the naturally dark realm of the back garden, only lighting what needs to be lit and focusing security lights carefully can be part of the solution. Let’s band together and truly become a part of it.

BirdLife Malta continues to see the conservation of the Yelkouan Shearwater through its recently-launched LIFE PanPuffinus! project which you can read more on here and here too. For more info on seabird colonies in general, brush up on your reading here.

Representatives from the construction industry and MDA were contacted but did not reply until the time of publishing. 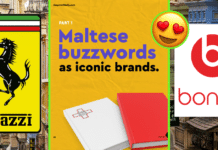