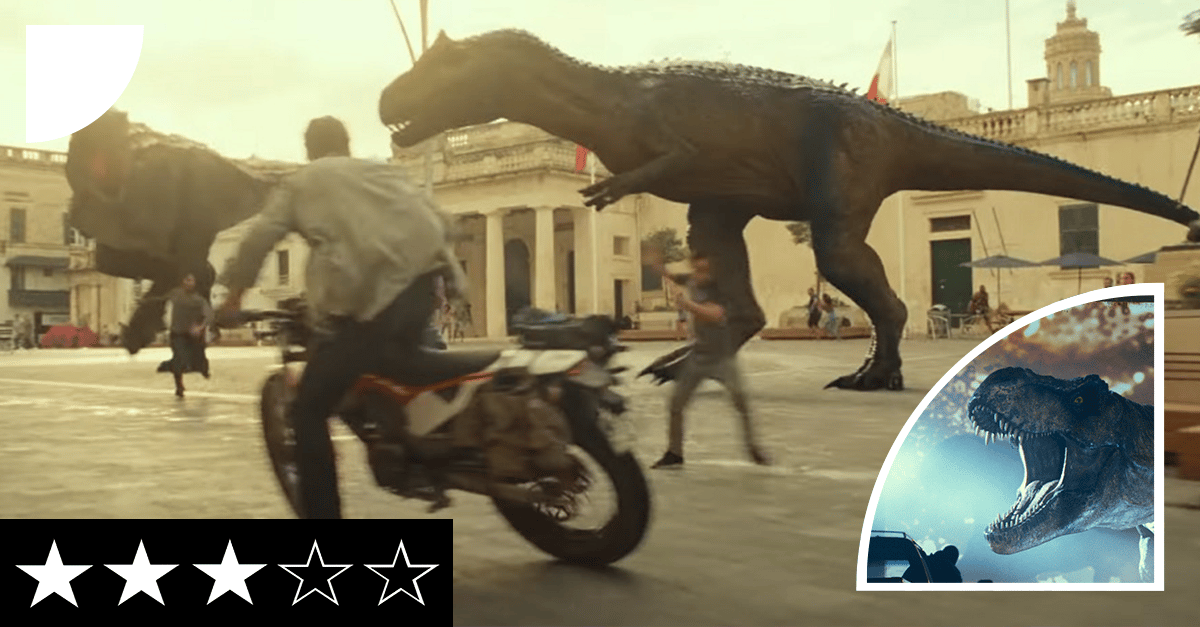 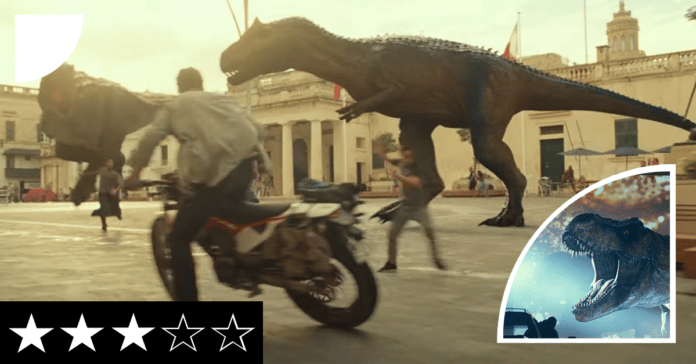 After the critical castration of ‘The Book of Henry’ and a Star Wars venture that crashed before take-off, director Colin Trevorrow has retreated to somewhat safer territory: directing the finale to a trilogy he’d kicked off with Jurassic World.

2015’s Jurassic World was an enjoyable crowd-pleaser that took a gargantuan bite out of the box office. It did, however, pale in the looming shadow of Spielberg’s 1993 masterpiece. This time, Trevorrow rather unadvisedly drives his reboot even deeper into that shade by throwing the original’s three leads (Sam Neil, Laura Dern, and Jeff Goldblum) into the mix, along with reboot regulars Chris Pratt and Bryce Dallas Howard. 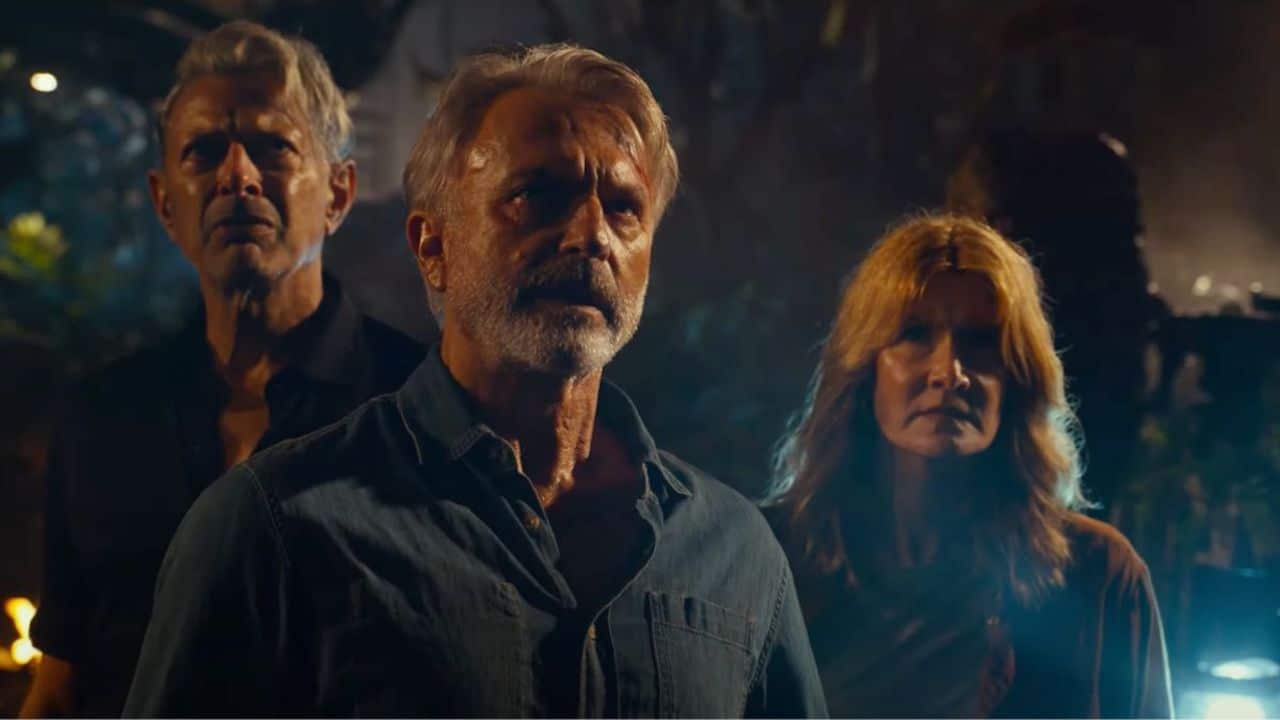 The inclusion of this old guard trio is one of the bigger flaws of the movie. The freshly Oscar-minted Dern comes ready to play, slipping back into her Sattler-patter with ease. Neil, however, seems faintly embarrassed to be stuffed back into Dr Grant’s hat, while Goldblum has morphed into a self-parody: an animatronic version of Ian Malcolm with its ‘bumbling-quirk’ dial turned way up.

Pratt and Howard fit in a lot more comfortably and do their best with the hokey dialogue. Campbell Scott has a blast as the baddie, essentially playing him as Tim Cook. Unfortunately, it’s teen actress Isabella Sermon who fares the worst. Her character Masie is an eye-rolling plank of wood, a MacGuffin for our heroes to chase around the world.

“For local audiences, the sequence set in Malta will be an absolute treat”

The globe-trotting escapades give the franchise a much-needed new coat of paint. Now that the park is kaput, the dinosaurs roam the earth, allowing for an entertaining variety of set pieces. For local audiences, the sequence set in Malta will be an absolute treat. 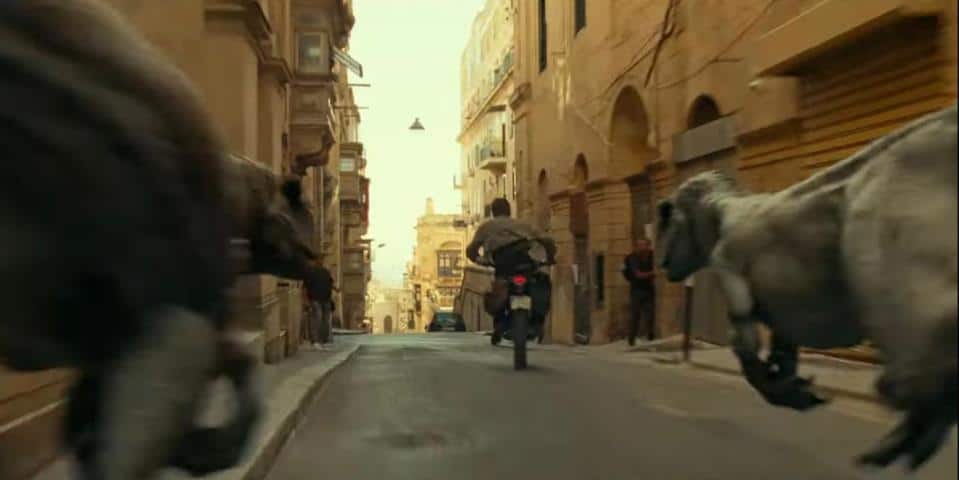 Our island is depicted as a Mos Eisley-esque hive of scum and villainy (fair enough), where black-market traders push their luck with toothy cargo. The resulting breakout is tremendous fun: it would take a hard-hearted cynic not to feel like a child at the sight of raptors rampaging in Valletta.

The fast-paced narrative has a theme-park charm to it: we’re strapped in, lurched from one place to another, and have hungry carnivores shoved in our face at regular intervals. Trevorrow has also taken a leaf out of Peter Jackson’s cookbook by adding a generous helping of creepy-crawlies to the dinosaur medley. These oversized bugs are delightfully disgusting. The actual dinos, though, are a little more mixed; you’ll find more convincing CGI in the Attenborough docuseries ‘Prehistoric Planet’.

Despite its whopping budget, this has all the low-brow appeal of a B-Movie, from its ham-fisted screenplay to its sets (the lab of evil-corp Biosyn wouldn’t look out of place in ‘Austin Powers’). There’s none of the smarts or suspense of Spielberg’s original, but for those seeking a Universal Studios-style thrill ride, this certainly delivers bang for your buck. It’s a bronto-sized bag of popcorn entertainment, with butter on top.

A fun, if forgettable, amusement park ride. It may not hold a candle to Spielberg’s original, but this is a decent conclusion to Trevorrow’s Jurassic World trilogy. If you’re in the mood for big things with sharp teeth, hop on board.