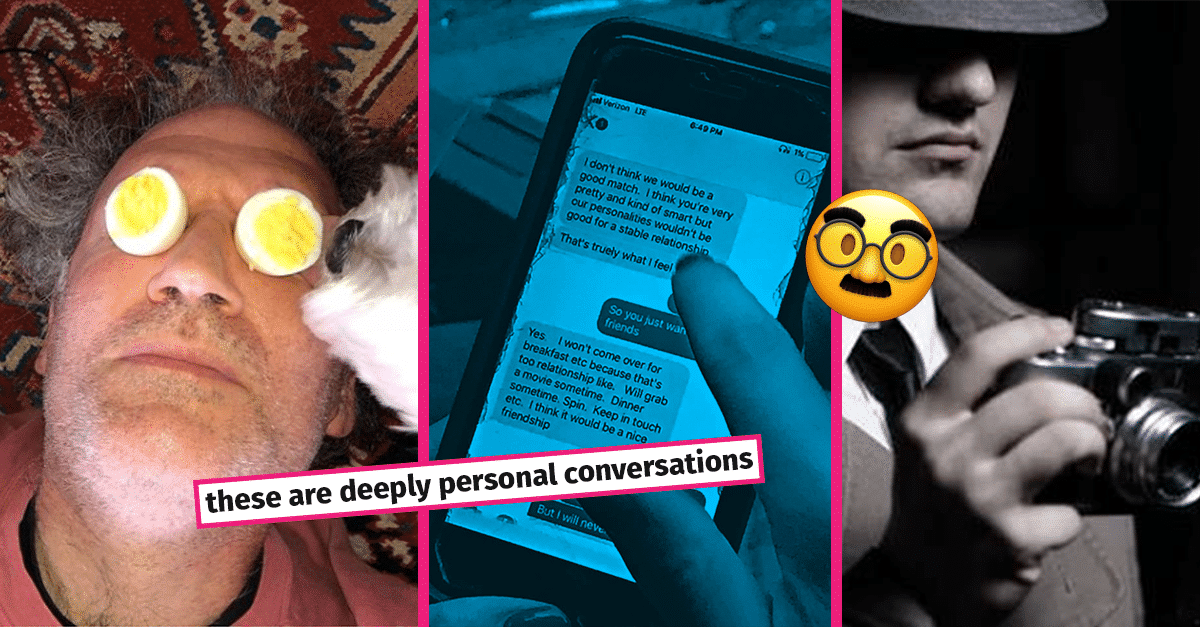 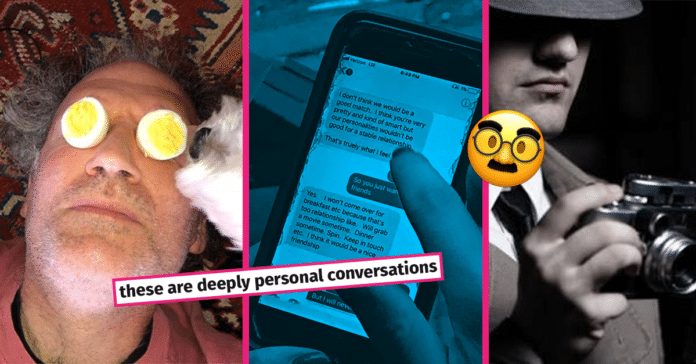 In the pre-COVID days of crowded streets, public transport and spaces, did you ever catch yourself accidentally (or not) looking at someone’s phone while they texted? You’re not alone, it happens to more people than you think. At least you’ve not made it an art form.

That’s right. New York photographer Jeff Mermelstein has been sneakily snapping photographs of people’s text, catching moments of intimacy, heartbreak, joy and absurdity, and then sharing them (anonymously) on his Instagram page. And compiling them into a book, called #nyc.

However, has he crossed a line in sharing these images without people’s consent? Some people certainly think so, but he feels this photography is no different to normal street photography. Speaking to CNN Arts, he said “When we stand in front of a stranger…without conversation, without giving the person any clue as to who we are, and we take a photograph of them, that’s quite voyeuristic. There’s this almost surprising relationship to more conventional street photography.”

Make whatever you want of that statement, but some of the photos are deeply personal. A seemingly unexpected pregnancy announcement; a break-up via text (NEVER DO THAT PEOPLE).

The absurd snaps are equally intriguing – this one about cantaloupes sounds like a conversation taken out of an aristocratic British families internal drama.

Do check out his page though. Man’s wired differently, and wonderfully so.

So, is it an invasion of privacy? Should there be boundaries for art? Let us know in the comments!