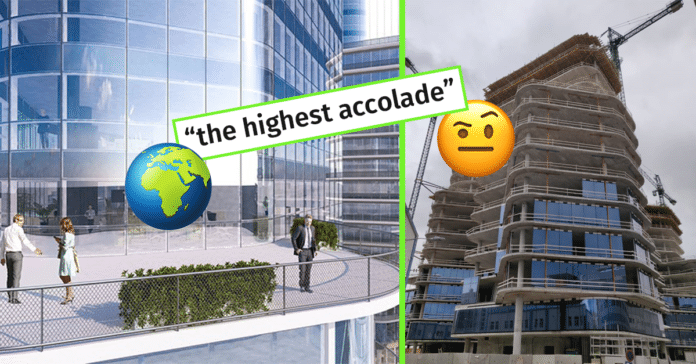 The objections to the Mrieħel Towers project have been numerous, particularly from the pro-environment lobby, but the development has been given the green light and is set to go ahead as planned. Seemingly rubbing salt into the wound, the developers are aiming for the highest possible accolade in terms of building sustainability.

As specified on the project website, “The Quad Business Towers is targeting a LEED PLATINUM rating, the highest accolade for Green Building sustainability achievement.”

The specs of this rating? Extensive water-saving strategies; the use of treated domestic water; abundant use of natural finish materials; controlled natural daylight conditions; and enough eco-friendly measures to place Quad Towers among the most Green Buildings on the planet.

The LEED certification is an independent medal, so to say, confirming that a building’s features are top-level efficient. They’re not handed out easily, so on that count, the Quad Towers project is on the right track. It’s a 19-storey building with over 44,000m2 of mixed commercial floor space, so any green building concepts are welcome.

What’s the issue then?

When the original proposal was submitted, there was an absence of any public consultation. Further to that, the impact these towers would have on the surrounding areas and local skyline was massively understated when the permit was first applied for. Despite new images showing the actual effect the towers will have, the project is still going ahead.

There are also questions about the development of the surrounding areas. The groups behind the Mrieħel Towers project deny any involvement in the proposed Qormi bypass works, which will claim around 20 tumoli of arable farmers’ land, but they’re not exactly protesting the decision either. Should the road expansion move forward, one of Qormi’s last green areas will bite the dust…in more ways than one.

What are your thoughts on the Mrieħel Towers project? Let us know in the comments!