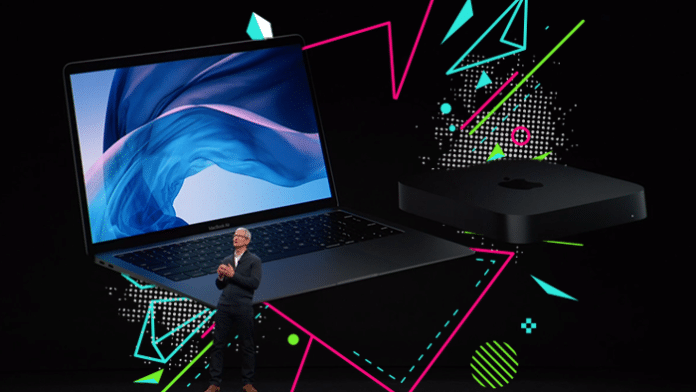 We have quite a bit to get into, so let’s get right to it. All the announced devices will be released on November 7th.

Apple welcome the latest addition to their MacBook line up: The MacBook Air.

The new MacBook Air comes with a retina display, similar to what you’d get on the more powerful MacBook Pros. It has also done away with the steel bezels, which are now replaced by the same thin black bezels found on the MacBook Pro.

Under the hood it will feature an 8th Gen dual-core processor, with on-board graphics. It will come with 8GB of RAM as standard, and can be upgraded up to 16GB of RAM.

From the connectivity side, the MacBook Air will feature two Thunderbolt 3 ports. They will be used to charge the device, but can also be used to connect up to a 5K display, and even an external graphics card for heavier workloads. 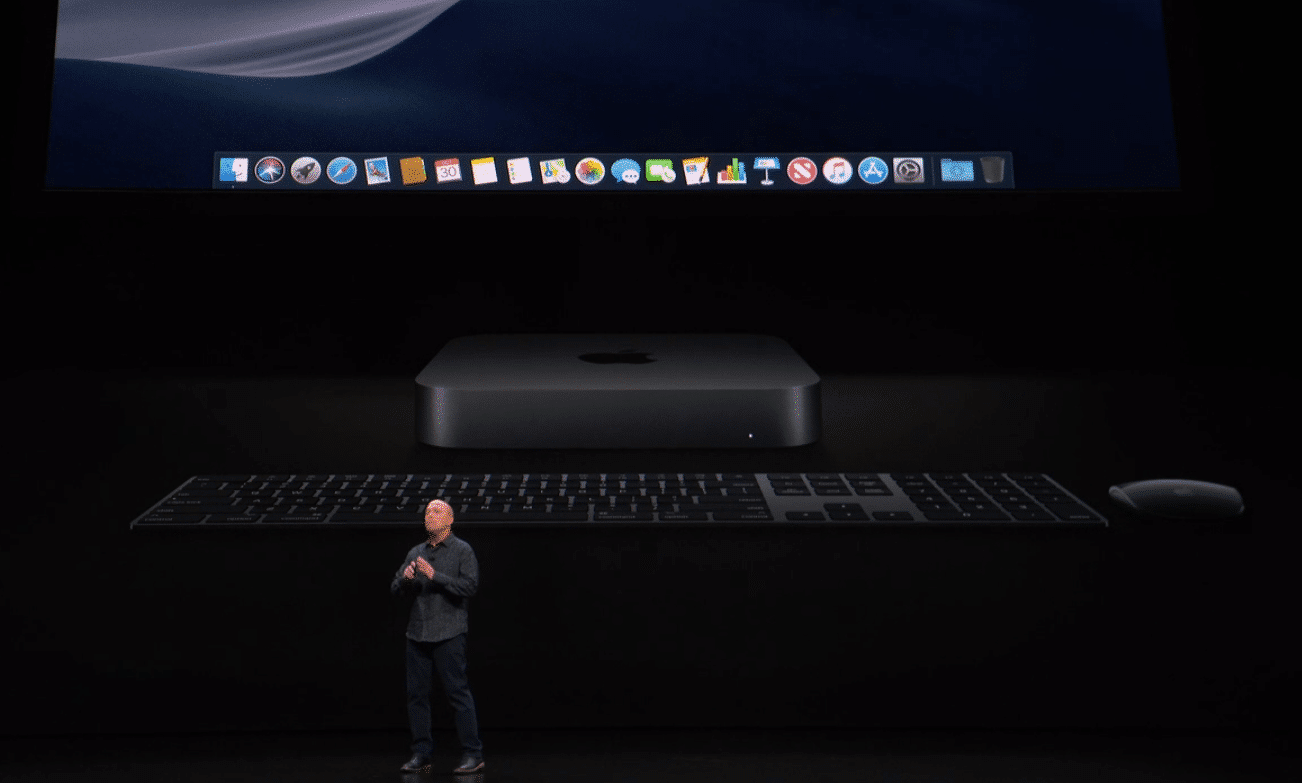 On to the desktop side, Apple also announced a refresh of the Mac Mini. They come with the latest 4 or 6 core processors, with redesigned cooling. They will also start at 8Gb of ram, which can be upgraded to up to 64GB of RAM with up to 2TB of SSD storage. In terms of input and output, it comes with 4 Thunderbolt 3 ports, 2 full size USB ports, HDMI 2.0 and 10Gb Ethernet. This gives the Mac Mini huge potential as a tiny workstation. 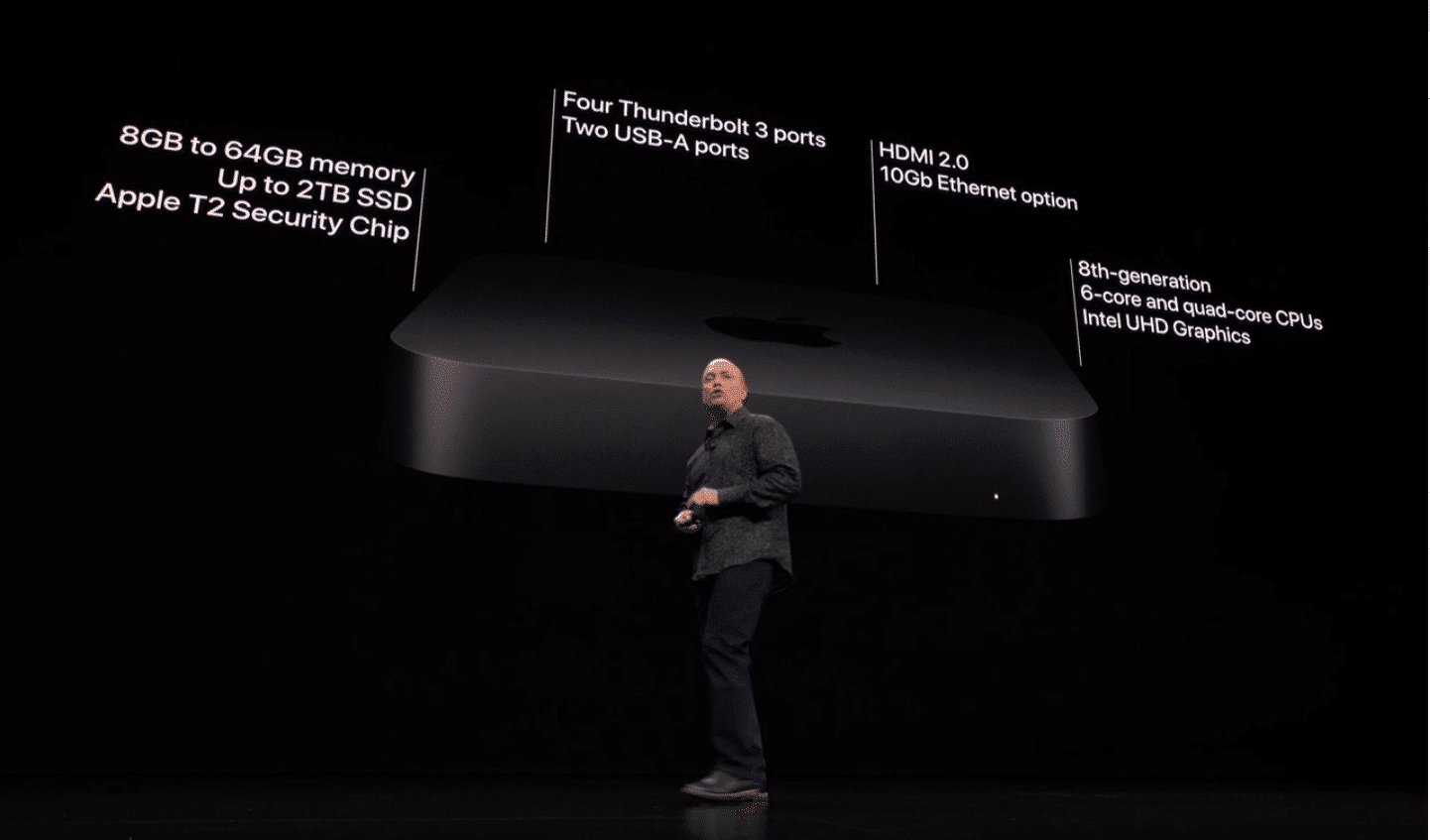 One example Apple gave during the event is connecting multiple Mac Minis to combine their processing power to run computationally intense tasks, such as video encoding, and 3D rendering. 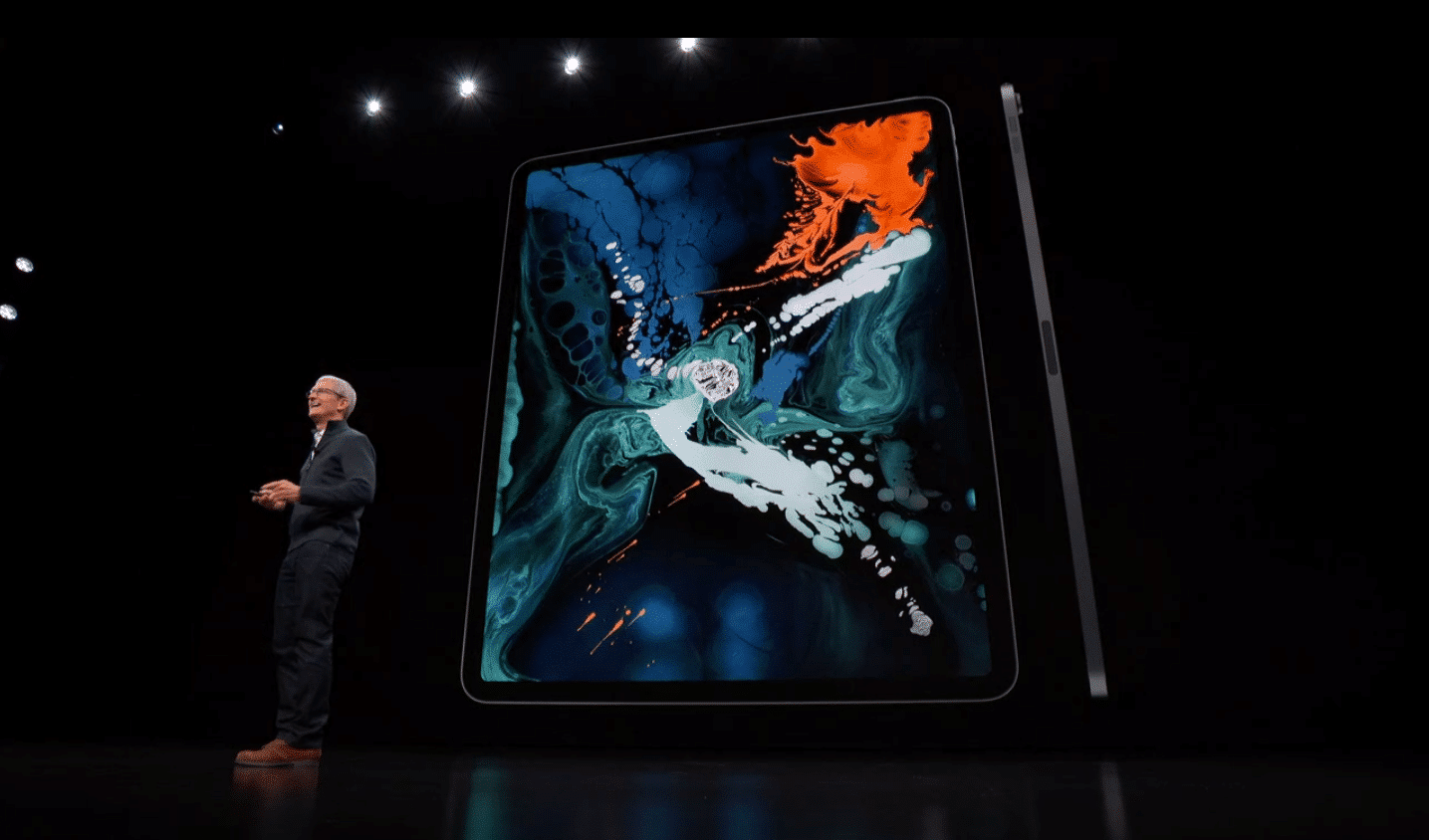 Without a doubt, the star of the event was the brand new iPad Pro. The new iPad Pro comes with an upgraded version of the iPhone XS‘ processor; the A12X Bionic, along with the same neural engine. It can also come with up to 1TB of storage.

Like it’s smaller cousins, it’s ditched the home button in favour of gesture based navigation, and Face ID unlock. As a result, the new iPad Pro features a larger screen size despite being around the same size as the last gen iPad Pro. The 12.9-inch version is actually smaller than the previous gen model, being roughly the size of an A4 paper.

The new iPad Pro will also feature a Thunderbolt 3 port, which means you’ll be able to connect to an external display. This could also mean that Apple might be finally ditching their proprietary lightning connector, in favour of the superior Type-C standard. But I digress. The Apple Pencil also got an upgrade. It now clips magnetically to the side of the iPad Pro. You can now also double tap the side of the Apple Pencil to activate shortcuts in some apps. Such as switching between the pencil and eraser in the notes app.

Perhaps the highlight of the reveal was showcase by Adobe. During their event a few weeks ago, Adobe announced that they are working with Apple on releasing a full version of Photoshop for iOS. During the iPad Pro reveal, they showed just what it’s capable of. Working on a document with a whopping 150 layers, each being a high resolution image, the iPad Pro didn’t even break a sweat. 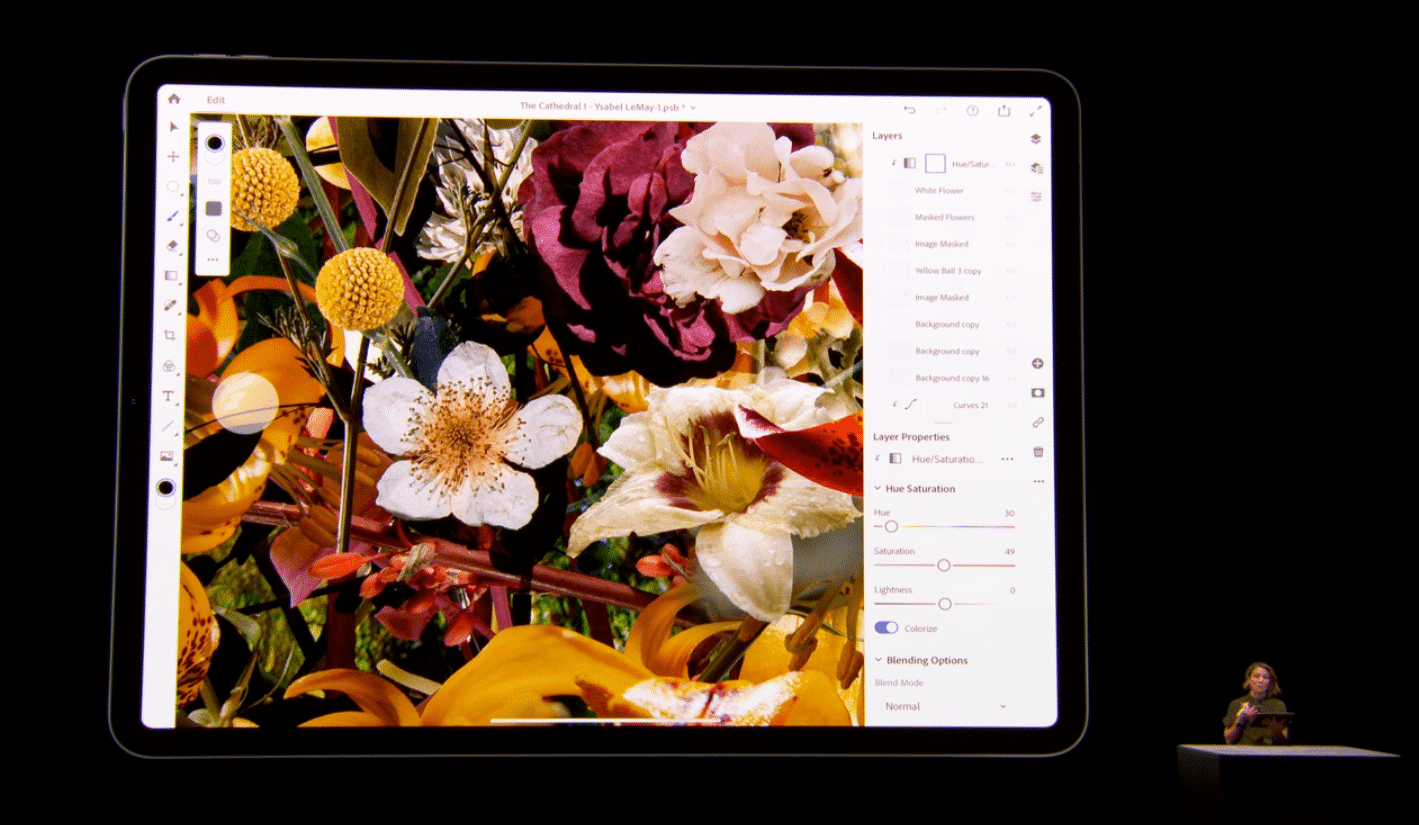 What do you think of Apple’s new devices? Let us know in the comment section below.