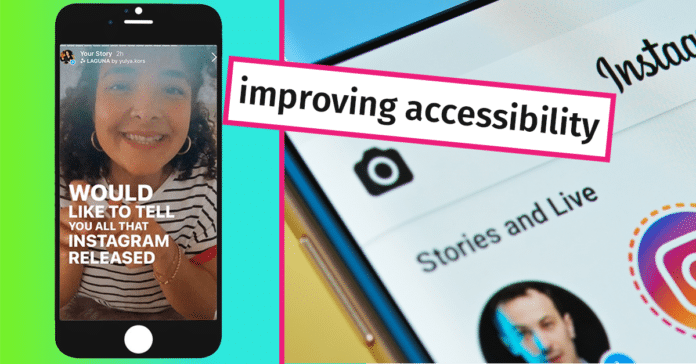 Instagram Stories have just received, what we think, is their best update yet, that of automatically-generated captions. It’s a fantastic addition for IG users who are deaf or hard of hearing and makes the app a whole lot more accessible.

Are you eligible though?

Eventually, all users will be able to add the feature, however, Instagram works in algorithms that tend to favour users who employ all of Stories’ tools (polls, questions, etc). This means that for the time being it will be available for the app’s most avid users before being rolled out on a wider scale.

You can add subs after you’ve finished recording your video by searching from the stickers section. You’ll have to enunciate your words, and even then the AI might not recognize some words correctly. When that happens, you can easily edit the word you want by tapping on it!

There’s currently no option to have the text highlighted for better visual contrast, but you can use the draw tool or a sticker behind the captions to make them easier to see.

Latest addition to the group

Apps like Zoom, Google Meet and Microsoft Teams all offer auto-generated captions for during video calls. Of course, these don’t offer the opportunity to edit, but it is a step in the right direction.

Facebook Metaverse: What It Is & What It Means For Our Social Lives

Facebook Metaverse: What It Is & What It Means For Our...

October 21, 2021
We use cookies to ensure that we give you the best experience on our website. If you continue to use this site we will assume that you are happy with it.OkRead more