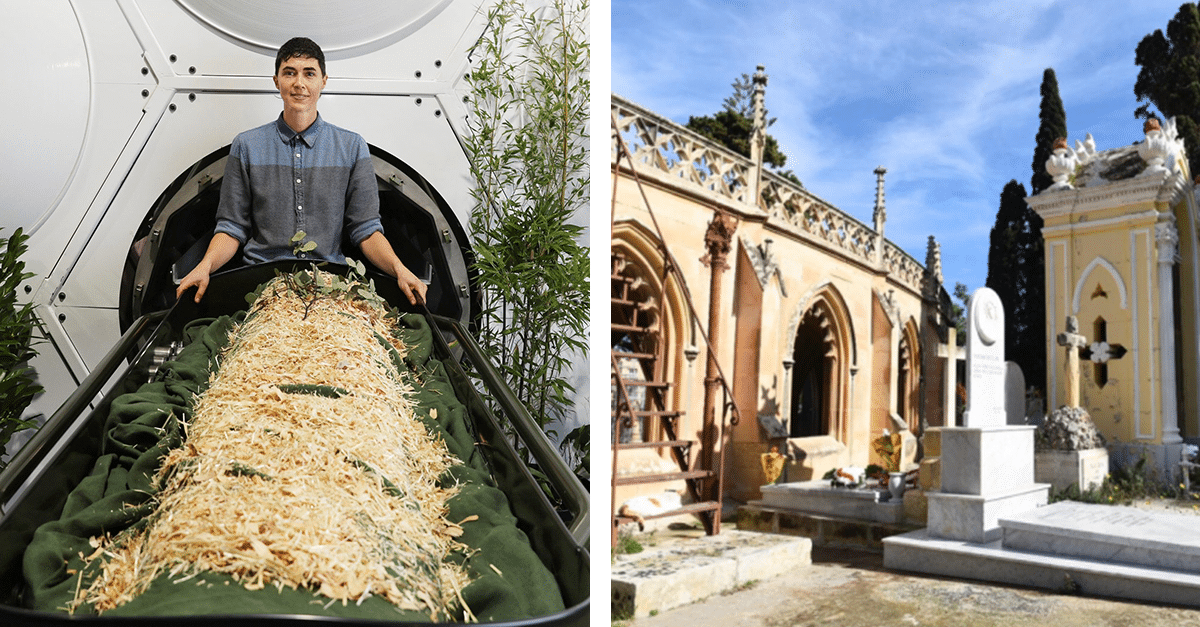 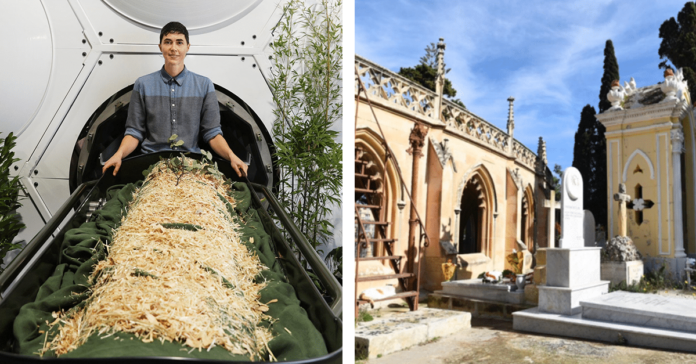 Death is never an easy subject to discuss, one of the remaining taboos that make for uncomfortable silences and worried glances, but it’s about time we start familiarizing ourselves with what comes after our time on Earth expires. Not in the religious or philosophical sense of life (or lack thereof) after death, but rather what happens to our physical bodies. Burial in cemeteries as we know it or even cremation are hardly sustainable options, and we need to be aware of the world we leave behind us.

That’s why a growing trend is that of human composting, essentially body farms, picking up the pace for the benefits it carries in terms of human bodies providing nutrients to the earth rather than lying there in a casket. Here’s the science behind this reasoning.

Now, we understand if this is an unpopular opinion because it’s completely against the current norm that’s been shaped by religious faith for hundreds of years. Usually, we’d embalm our deceased loved ones and have them buried in a cemetery which we can then visit to pay our respects. However, embalming fluid is highly toxic to the environment and anyone who comes close enough to the body to breathe in the fumes. The chemicals used to create it are known carcinogens and can cause irritation to the eyes, nose, throat and skin.

After the burial, these chemicals will seep into the ground eventually, so along with the memories of ourselves, we’d also leave behind a little toxic pool of solutions that will only harm the environment. And cremation isn’t much better either. Though not available yet in Malta, many seem to want to have that option, and truth be told, it is slightly less stressful on the environment.

That being said, it releases nasty chemicals into the atmosphere, including carbon monoxide, fine soot, sulfur dioxide, heavy metals, and mercury emissions from dental fillings, which are particularly concerning. Also, the ashes are sterile from the incredibly high temperature needed to reduce a body to dust completely, so they won’t be giving back to nature in any way.

So, here’s the best option

The idea of body composting appears to have taken root in the United States of America, where there are at least seven different companies that offer the service. One of them, Recompose, offers their service for €4,800 which might be more expensive than cremation, but is still a lot cheaper than conventional burial, which can set you back around €9,500 on average.

For some, the issue of cost might not be a defining one; after all, there’s no accounting for the loved ones we lose. We simply want to honour them in death in the way that they wished. However, with many people sharing a growing concern for the wellbeing of the planet, as well as their family’s financial security, the option of body composting is a welcome one.

What happens first in the process is placing the body in a sort of “cradle” containing a number of organic materials such as wood chips, alfalfa and straw. The body will remain there for about 30 days while microbes and heat transform it into compost, breathing nutrients into the soil, saving an estimated one metric ton of carbon dioxide per person, simply by avoiding conventional burial or cremation.

Not everyone is in favour

For some, the sole thought of their body decomposing is enough to sour their mood. Life’s hard enough as it is without having to think about death. For others, it’s a question of religion and faith, so much so that in New York, the Church referred to the process as “more appropriate for vegetable trimmings and eggshells than for human bodies“. And one can understand their position, because, at the end of the day, you’ve got to respect peoples’ belief systems.

However, the reality is that the current way we think of death and the process that comes immediately after is far from sustainable. And what good would faith be if we’re harming the planet the Creator bestowed us with? There’s more than just sustainability though, especially in Malta’s case. The scarcity of burial grounds and the already compressed spaces in the current cemeteries mean that this has got to be an option considered even before cremation.

Is it radical? Possibly. But if thought of in terms of practicality, it is not. It’s of benefit to the environment, saves on space and money and even promotes for the use of more green spaces. And if you think that it won’t give you the possibility of remembering a loved one, imagine the soil that was once a person being used to fertilise a flower bed in a public garden.

“Here lies John Doe, who loved roses, and is now fertilising them”. It’s a far more romantic picture that we need to consider carefully.

Do you agree with this way of laying someone to rest? Let us know in the comments!