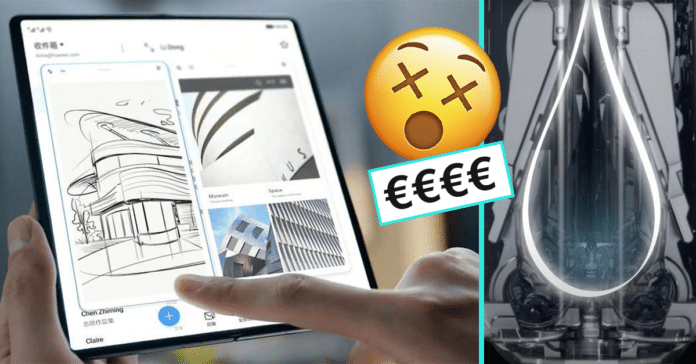 Chinese tech-giant Huawei showed off their latest foldable phone, praising its smaller internal gap when compared to rival Samsung. However, what’s likely to put off potential buyers, aside from international sanctions?

The Mate X2 pholdable will close inwards, meaning the screen won’t be on the outside, like previous models. A stronger, new hinge mechanism safeguards the tablet-like display, and the flexi-screen folds into a drop-shape. This prevents added strain at the crease point, which also means that this same crease is less evident when the phone is open.

The X2 has a 20.3cm display and a fresh nano-optical layer that makes for a much less reflective display. However, the exchange rate at the time of writing suggests it could cost around €2,315. So, is it really worth the investment? Well, no. Not really.

Also interesting was the fact that the event was held in Mandarin, not English. It’s a clear shift in focus, due to the imposed restrictions placed by the US. Internal sales are the only way forward, as these sanctions mean Google apps are not available on the phone.

Overall though, the future isn’t looking too bright for Huawei. They’ve had to design their own chipsets, as other companies have been barred from doing so. They’ve already sold off their Honor brand, but Huawei Consumer Devices Chief Richard Yu says they “remain confident about the future.” Bold words, considering the dwindling sales and bleak outlook from our perspective…

Will you buy a new-generation foldable phone? Tell us in the comments!