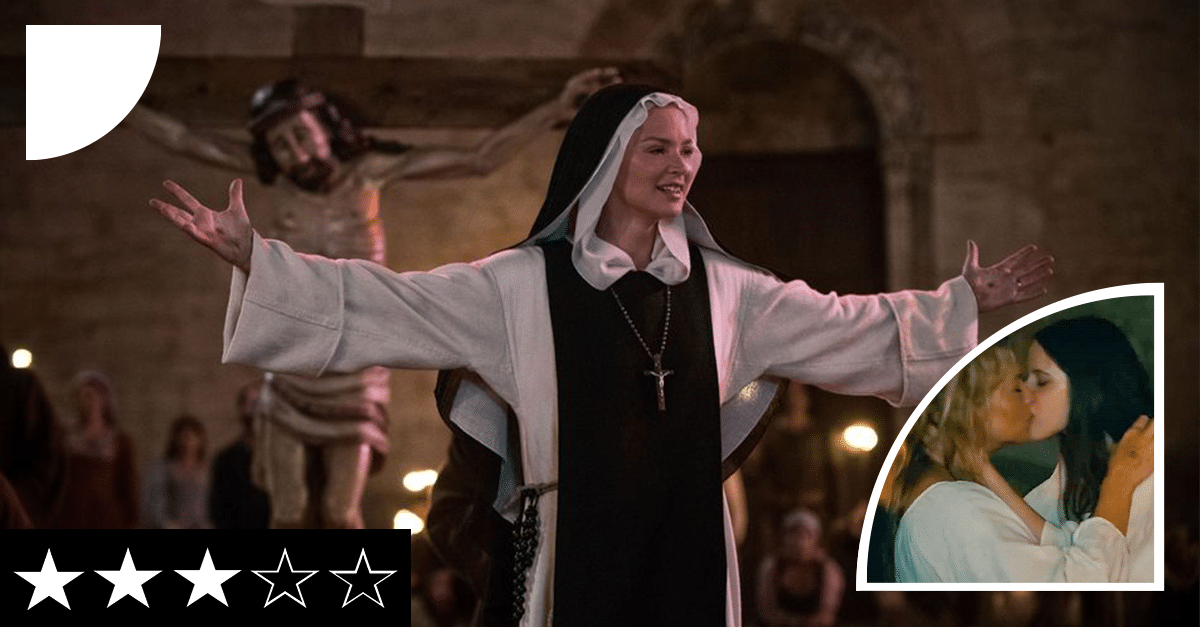 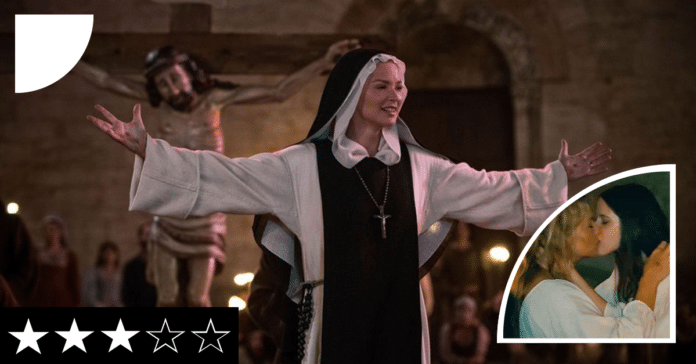 ‘Benedetta’ is a French foreign language film that deals with the weighty themes of faith, guilt and homosexuality. Don’t be misled: it may appear to be art-house, but pulp blood runs through its veins.

It is inspired by the true story of Benedetta Carlini (played here by Virginie Efira), a Catholic nun in 17th century Italy who claimed to experience visions of Christ and began a lesbian relationship with Bartolomea (Daphne Patakia), one of the nuns in her order. The source material is almost too ripe. In more subtle hands, this could have been tamed into a solemn Oscar-baiting drama. Subtlety, though, is not a word that exists in director Paul Verhoeven’s lexicon.

The Dutch maverick has crafted a fascinating filmography over the decades, boasting blood-splattered sci-fi flicks like ‘Total Recall’ and ‘Robocop’ along with controversial dives into erotica, such as ‘Basic Instinct’ and ‘Showgirls’. This sits comfortably in the latter category, and could be viewed as something of a sister piece to the trashier ‘Showgirls’: both centre on queer women rising to power in female-populated, yet male-dominated, worlds.

The film is blissfully blasphemous, including a startlingly carnal scene with Jesus himself. While these moments raise eyebrows, they can come across as empty provocation. It seems almost desperate for controversy. While certainly never dull, this psychodrama is overindulgent, occasionally crossing the line into ludicrousness.

Thankfully, the film’s grounded by Efira’s tremendously dedicated performance, and she has an undeniably charged chemistry with Patakia. Meanwhile, the legendary Charlotte Rampling lends gravitas to the role of the sceptical Mother Superior. It’s smart casting: Rampling was once a darling of the kind of sexy euro-arthouse films this harks back to.

Despite its flaws, this, like ‘Showgirls’, could well be embraced as a cult classic. Titillatingly transgressive, hilariously heavy-handed… love it or hate it, it’s pure Verhoeven.

Sexy, sacrilegious, and a little bit silly, ‘Benedetta’ can feel like pointless provocation at times, but never commits the sin of being boring.

Benedetta is being screened at the Spazju Kreattiv cinema in Valletta on the following dates. Tickets can be purchased online.