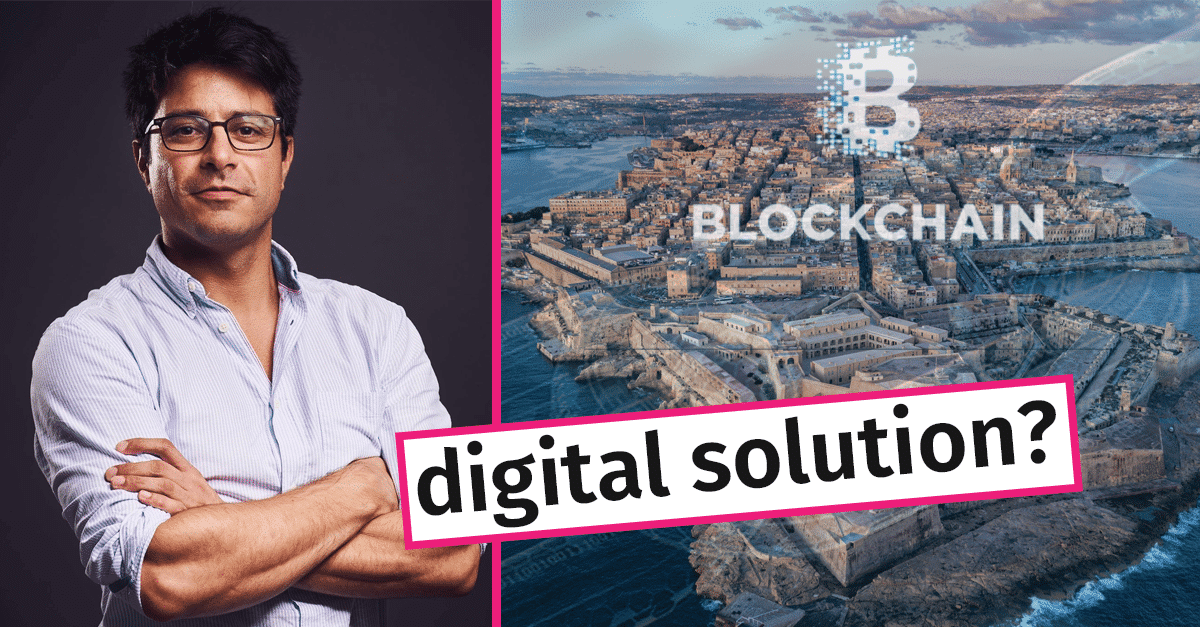 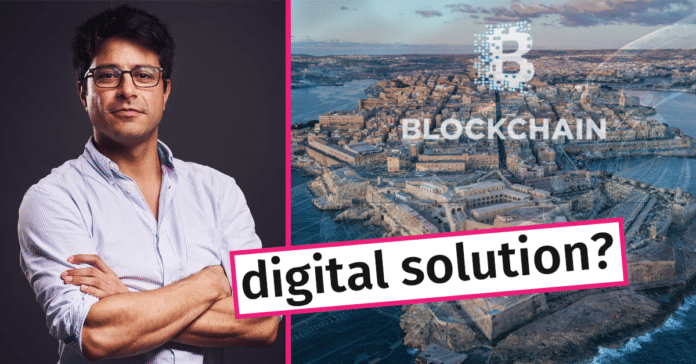 Following the initial furore surrounding the Ivan Barbara case, calls for a safer environment have been sounded, especially by prospective homeowners, some of whom lost thousands of euros having entrusted vast sums with Barbara. Though tech can’t solve all of the world’s problems, there is a chance that through a Blockchain system, people could be far better protected.

We had a chat with Joshua Ellul, about the ins and outs of how such a system could work, as we were sure we’d heard about something of the sort before.

A tax-related problem kicked it off

Back in April, a Maltese notary was caught withholding his customers’ taxes, and rather than pay these to the government as he was supposed to, he instead used them to cover his own gambling debt. At that time, economist JP Fabri had suggested Blockchain as a solution, but now we’re here to expand on that idea.

“There’s a couple of ways we can go about this”, Ellul says, “we either treat this as a one-off and continue with this level of trust; an alternative could be for banks to act as middlemen and release funds when necessary, or we can make the move to a blockchain environment, or a hybrid solution.”

The move can be made towards a blockchain-like system, where one can agree that the bank “decides” when to release the funds – and such a decision could be made based upon when a purchaser, a seller, a notary confirms that the purchase has been concluded. Alternatively, smart contracts could automate the whole process, however, that’s if we get to a time where the general public uses crypto.

The issue with that…

However, for now, even he has slight reservations about the move. The issue in this case, and especially at this point in time, is that access to cryptocurrencies would be required, and the truth is not many understand that field. Change might still be on the horizon though, even in a continental sense.

“The EU Central Bank is making moves towards having a digital currency, which is likely to have resemblances to a blockchain system”, Ellul states, the only difference being that the European Central Bank will have ownership of that currency and system.

If something like this can be applied, then there won’t be a need for notaries to hang onto the money until the release date arrives. It can be stored in a digital setting, with full transparency and security, where all entities are guaranteed that funds cannot be utilised without having been previously agreed upon.

There’s no doubt some might feel that notaries would become the victims in this scenario as they might be cut out of the process. Ellul feels that this is not the case.

“The tools are definitely there to implement such a structure & the resistance can be curbed, because notaries will still have an important part to play. They’re still the individual who’s witnessing the agreement & they can guide and onboard the different parties involved to use the system.”

The best way of getting there, Ellul insists, is through gradual steps. Just because some people don’t want to embrace cryptocurrencies doesn’t mean we should just kill the idea and stick to the status quo, he explains. “I believe we should get there incrementally, where we start with a local system where people have access to smart contracts that provides all stakeholders with the guarantees they require and potentially include banks to provide assurances regarding deposits as a first step, and then take it from there”.

Moving towards a digital ecosystem

The funds would only be released electronically and in real-time with the consent of both the notary and a purchaser through electronic signatures. Sounds like a blockchain system in everything but name to us.

“This is just the start”, says Ellul, of such a move. “We’re now realising that although there are people and entities that we can trust, why not remove the risks attributed in trusting them?”, he asks. People must be held to scrutiny and processes must be visible. Creating a system that looks like blockchain but isn’t still begs the questions of where the funds are held, and who has access to them? With blockchain, you can remove the reliance on a central entity, he says.

Ellul continues: “We need to move Malta into a digitally-enabled ecosystem. There’s a secondary benefit to this: with the whole greylisting, reputational issues and so on, how better than to prove to the world trustworthiness than by implementing a system that won’t allow people to cheat, even if they wanted to cheat?” It’s a very valid point, worthy of more than a bit of consideration.

When discussing matters of this sort, it’s only natural to bring back the thus-far ill-fated talks of Malta becoming a blockchain island. When mentioned to him, Ellul speaks with a hint of a wry smile. “Unfortunately, we were a bit ahead of our time. The vision might have been overhyped, and now a general local feeling is that blockchain is dead or not useful, but that’s just the local outlook.”

Abroad it’s a different scenario, he says, and Malta should take the hint. There is potential for a comeback to that term (with a clear plan this time), because Malta still has a role to play in that larger ecosystem. “We need to differentiate what Malta has to offer to blockchain companies and change the local mindset. We have some great success stories, so we should celebrate these successes, and people can trust it more.”

Ellul concludes with a note of positivity and hope though: “What I think is great is that a number of people reach out to me, asking ‘isn’t this a scenario where we can use blockchain technology?’. People are understanding that it’s more than just cryptocurrencies and there’s many different ways this tech can be applied for the betterment of society”.

Would you trust a blockchain system, or should we keep and try improve what’s already in place?