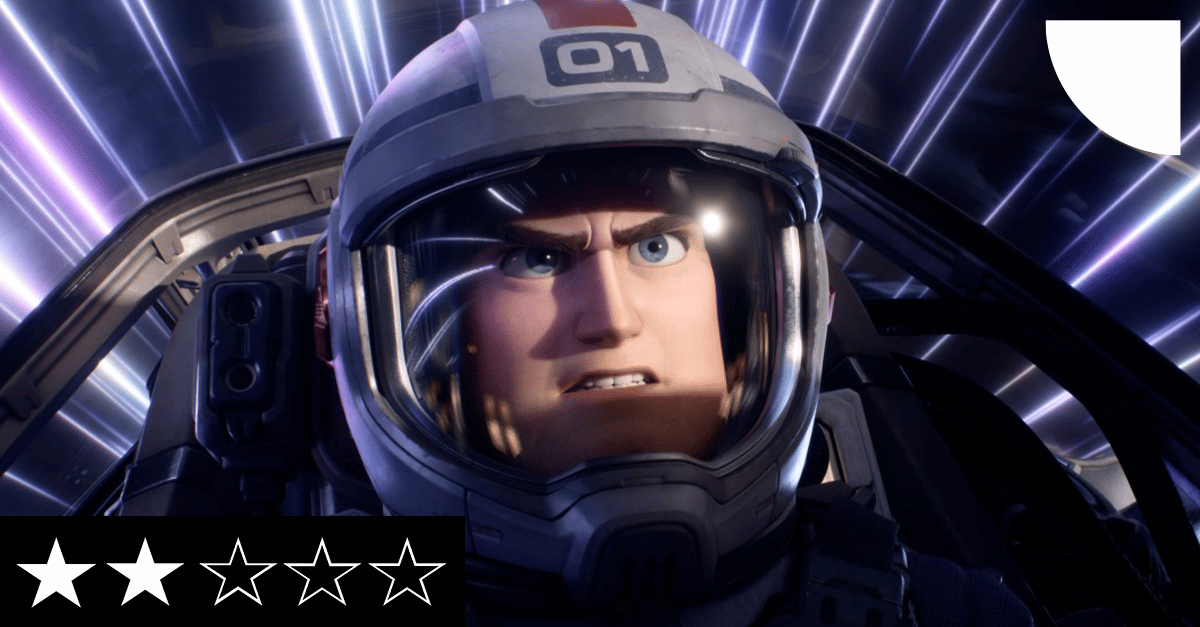 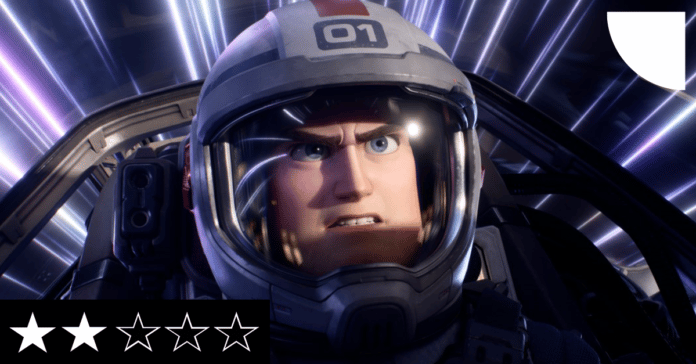 When the Bowie-powered teaser for Pixar’s ‘Lightyear’ landed seven months ago, it shot the internet’s curiosity into the stratosphere: how exactly does this human version of the character fit with his beloved plastic counterpart?

Fan theories abounded, yet this movie sets the record straight right off the bat. A title card tells us that what we’re about to watch is the film Andy saw in 1995… the movie that his precious toy was based on.

It’s a neat and pithy explanation, yet has a radical impact on the entire movie. It immediately transforms this from a film into a ‘film-within-a-film’. That makes a crucial difference. From that point on, it’s impossible not to view Lightyear through a glass pane of artifice. We’re not watching Buzz, we’re watching an ‘actor’ play Buzz…

This may seem an odd complaint about a cartoon space movie. However, every film, no matter how fantastical, is meant to invite you into its own reality. This film sacrifices that from the start, robbing itself of stakes.

It might as well have stated ‘This is all a dream...’

“The main problem with ‘Lightyear’ comes down to one question: do we need it?”

The main problem with ‘Lightyear’ comes down to one question: do we need it? The original Buzz is a terrific character. But the reason he works so well is because he’s the perfect foil for Woody, his straight-arrow heroics rubbing the petulant cowboy the wrong way. Stranded in a solo movie, though, he’s just a bland boy scout. Still, Chris Evans does a respectable vocal job, one that’s more naturalistic than Tim Allen’s comedic bravado.

Unfortunately, unlike the denizens of Andy’s room, the supporting characters are forgettable. Easily the standout is Sox, a robotic cat voiced by Pixar veteran Peter Sohn. This feline scene-stealer pretty much carries the movie on its animatronic shoulders.

“…this is a disappointingly generic film for a studio that used to champion originality.”

In terms of animation, Pixar is expectedly excellent. The sci-fi vistas are stunning, and the spaceflights are gorgeously executed. However, this is a disappointingly generic film for a studio that used to champion originality. It’s little more than a microwaved reheat of ‘Star Wars’. Pixar even seem to be rehashing their own movies: a passage-of-time montage, once so affecting in ‘Up’, now comes off like a mawkish life insurance commercial.

It’s easy to forget how audacious 1995’s ‘Toy Story’ was: not only was it the first computer-animated feature, but it ditched the fairy-tale formula for a sophisticated character-comedy. Its was fresh, funny and revolutionary. It’s disheartening, then, to see Disney still squeezing the last drops of milk out of that franchise’s now tired teats.

Visually impressive, yet entirely redundant, this is an uninspired solo outing for a character who really didn’t need one.