To mark International Women’s Day, we would like to give a shout out to the great women making giant leaps forward in the IT and tech industry in Malta. These women are paving the way for the IT girls of the future, working in this male-dominated industry. Here is our list of Maltese women who are making an impact on the local and international IT scenes. Ladies, you could easily be the next Sdnegel!

Associate Creative Director at Buzzfeed, Antonia has made every Maltese proud, boldly standing out of the crowd and opening doors for the women of the future on an international level. She joined online news portal Buzzfeed following an animation about the hit TV series Game of Thrones which went viral. Since then, the 29-year old, works with popular brands such as Google, Amazon, Nike and Netlfix to create engaging content in the form of animation and design – she has even created pixel art of old-time favourite sitcom Friends. Her talent has taken her on Forbes’ Media and Marketing 2019 European 30 Under 30 List – stuff dreams are made of!

Avid Maltese gamer, Rachel Thake has been gaming from the age she learnt to press a button and her father begrudgingly says the first thing she ever learnt was how to switch off his computer. Her passion for gaming stemmed from her childhood when her parents ran a gaming shop when gaming was still new to Malta and, as a result, Rachel and her siblings spent hours playing. Lucky for us at Gadgets, we managed to contact Rachel to get the low-down on what it means to be a female gamer. Rachel says: “Being the only girl in our (gaming) group can be pretty annoying. You are automatically assumed to be inferior to the other boys or teammates, lacking in talent”. Rachel went on to say that in the online community things become far worse where other boys end up bullying you because you’re a girl. There is much to learn about how girls, just like boys, can rock the gaming world but with gamers like Rachel the future looks promising!

Carla is making big waves in the Blockchain and Cryptocurrency sphere. She is the first local female to finalise a Master of Science in Digital Currency from the University of Nicosia and is a partner at Growth Chain Ventures – a VC firm which focuses on helping start-ups involved in Blockchain projects. Carla started making headlines after her time as CEO for Optimizer Invest where she handled a whopping 24 portfolio companies valued at over €1bn – that’s a lot of money to handle! The Gadgets team spoke to Carla about how it feels to be an outlier in the field. “Blockchain is not short of amazing female leaders internationally. It’s worth acknowledging several local women who are already heavily involved in this space, of course we are not a majority but female presence is there! I feel equally respected and fully enabled to achieve my goals within this sector and stand as an ambassador to other females who wish to become more involved in the space” she said. We believe Carla will continue making big waves which will encourage more women to be active in the Blockchain industry.

Caroline began her career in the IT industry as a software developer for GO. She eventually moved from software development and is currently a Product Owner at Betsson Group. Caroline’s extensive IT background and her passion for the tech industry has turned her into a digital guru in te fashion styling industry where she runs a blog called Caroline’s Fashion Styling. Caroline has used her IT skills to become a big social media hit, garnering thousands of followers on all social media platforms. She was even contacted by Google to become a Google Ambassador for entrepreneurs who use digital platforms to develop their business.

Daniela, Head of Marketing at GO, started out as a graduate in BSc Maths and Informatics. She has come a long way since then, taking the telecom industry by storm through years of hard work and determination. Daniela’s telecoms journey began at Vodafone, where she worked on software projects related to SIM top-up cards. From there, she moved into the Marketing Department where she lead the Business and Consumer segments, and read for an MBA with the Vodafone Leadership Programme in the meantime. Her hard work paid off and she eventually moved to GO where she became Head of Marketing. Daniela is now responsible for GO’s 4P portfolio, managing the overall marketing strategy and she is responsible for branding, marketing and communications. 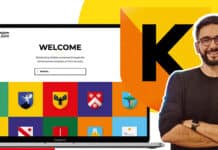