Google to Be Fined €4.3 Billion by the European Union 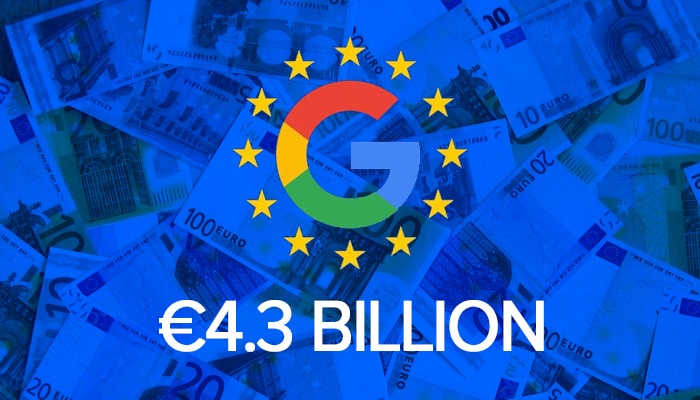 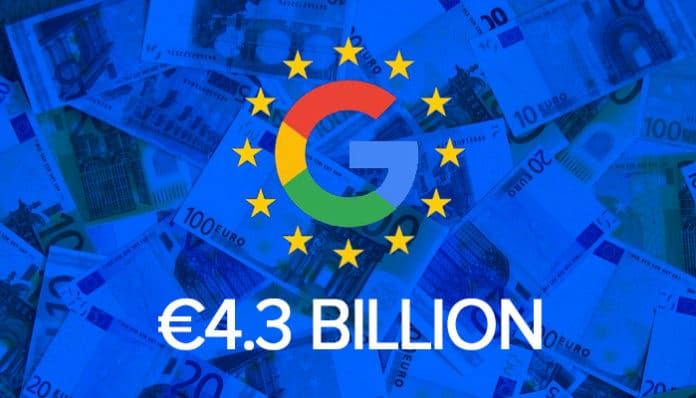 The European Union has just hit Google with a €4.3 billion fine for breaking antitrust laws. This is the largest fine ever issued to a tech company. The fine is a result of Google forcibly bundling Google Chrome, Google Search, and other Google Apps with Android. Google also was accused of actively blocking phone makers from creating a forked version of Android. A forked version is when a developer copies the code of a program and develops it as a separate entity.

The European Commission deemed this to be illegal and has told Google that it has 90 days to stop this practice. This will mean that future Android phones may no longer come pre-installed with Google applications. This includes Google Chrome, Messages, Duo, Google Search, and Google Maps.

The European Commission has been investigating Android more closely after a complaint submitted in 2013. The complaint stated that Google was abusing its dominant market position. Google was also fined €2.3 billion last year for manipulating search results

Surprising no one, Google will appeal the decision. The ability for phone manufacturers to bundle their own browser without including Google chrome might harm Google’s revenue. Mobile ads constitute more than 50% of their net digital ad revenue.

As a result of this verdict, Google is also warning that their Android business model may change. Google could start charging a license for Android to smartphone manufacturers.

“If phone makers and mobile network operators couldn’t include our apps on their wide range of devices, it would upset the balance of the Android ecosystem”. Google CEO Sundar Pichai

In his statement, Google CEO avoided mentioning the fact that phone manufacturers can still include Google Apps should they choose to. His statement also sounded like a not so subtle threat to anyone who might try to challenge the tech giant.

Do you agree with this verdict? Let us know in the comments below.