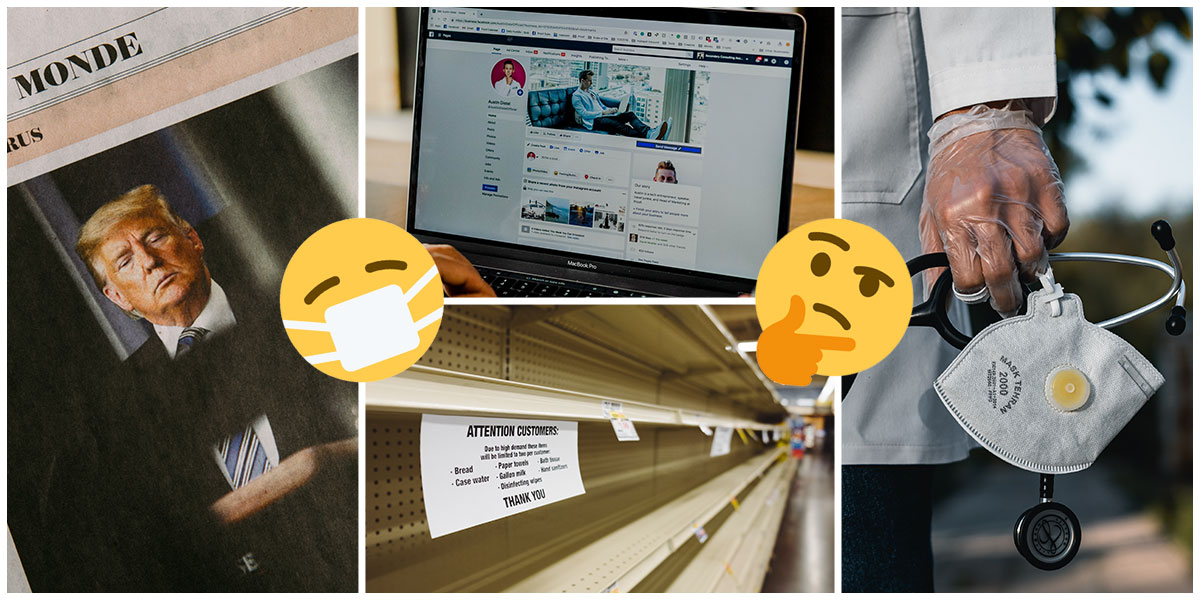 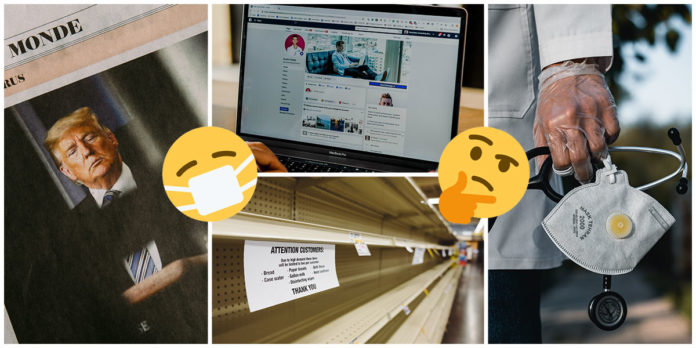 The Coronavirus has created a seismic shift in the way we live our lives. We’re stuck at home, uncertain of the future. Consequently, many of us are living our home-bound lives on social media, seeking answers there.

The problem is, if you’re looking for clarity on social media, you won’t find it easily. Instead, you’ll find yourself tangled in increasingly different opinions.  Some articles claim it’s nothing more than a cold, others claim it’s Spanish Flu all over again. Some say we’re overreacting, others tell us we’re not doing enough. Many of these articles are designed to stir our fear. In the world where clicks are currency, fear is lucrative. The more sensational a headline, the more hits the site will receive. The more hits the site receives, the more ad revenue they can generate.

This has led to the pervading dishonesty that runs rampant on social media: ‘Fake News’. While some articles may be completely false, others are more cunning. They will use headlines that are purposefully misleading. It’s easy to see the headline as you scroll through social media and not properly understand the full story, but share it and talk about it nonetheless.

Even seemingly reliable news sites can be fooled. The Evening Standard, for example, put out a wildly popular story about dolphins swimming in Venetian canals in the wake of the city’s lockdown. However, a little fact-checking would reveal that the instagrammer who started the story actually filmed the dolphins in Sardinia.

Of course, misinformation on social media can be more serious than sightseeing dolphins. Some of the most infamous examples include tweets about how drinking bleach and taking cocaine are miracle cures.  If a story circulating social media seems sensational, double-check if it’s on any well respected new sites, and always read it in full to get the whole picture. Not only does fake news cause unnecessary panic and irresponsible action, but it is a prime breeding ground for xenophobia and racism, particularly against those of Asian ethnicity.

This may make you want to avoid social media altogether. But it has made a lot of positive things possible.. Something that captured the imagination of the world was the initiative to applaud doctors and nurses from balconies. A social media campaign labelled #iamnotavirus was launched to allow Asian people to raise awareness about racism.   And while fake news is a problem, social media facilitates the reach of real news, and raises awareness.

There are also practical benefits. Video chat on the likes Whatsapp and Zoom allow colleagues to hold virtual meetings, as well as allow students to attend online lectures. On a more personal level, connecting to friends and family is as easy as tapping our smartphones.

In the end, it’s not as simple as social media being either good or bad. What it is, undoubtedly, is powerful. It’s how we use that power that counts.