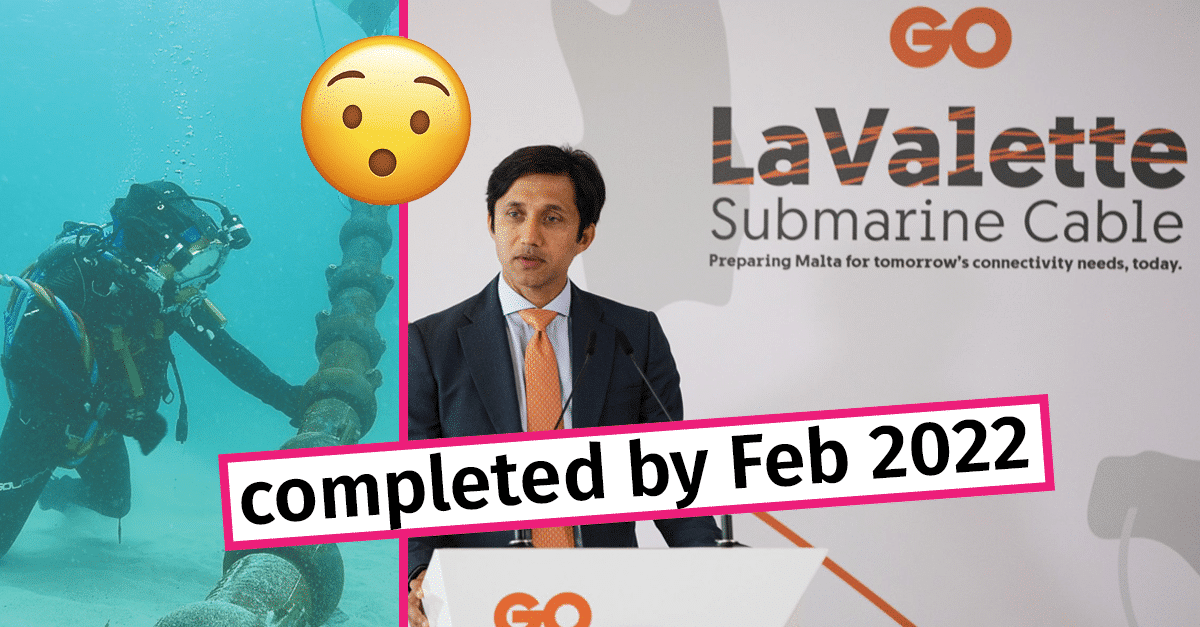 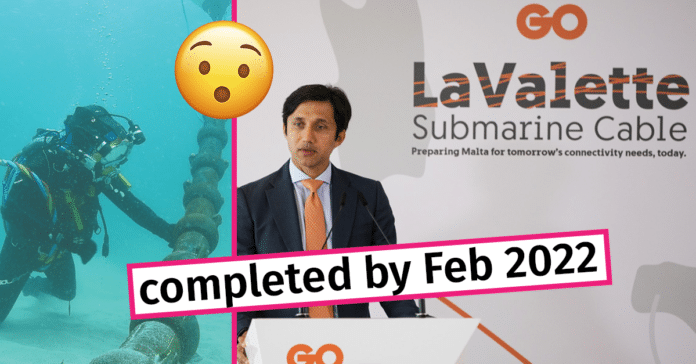 It’s all about connections

GO’s part of this global network directly connects Malta to France, Egypt, and beyond, making GO the first operator in Malta to have additional redundancy on international connectivity to another country other than Italy.

Furthermore, landing on the West Coast of the island, this cable also makes GO the first and only operator to have access to international connectivity from a shore other than that from where the rest of the other international submarine cable systems land.

This project represents another major milestone in Malta’s communications history and a huge investment by GO in the country’s connectivity needs of tomorrow. The total length of this underwater cable is of 12,000km, 3,785km of which covers just the Mediterranean part of the system.

The 30-month project due to be completed and operational by February 2022 includes multiple landing points, such as Pakistan, Kenya, Egypt, Malta, Cyprus, Djibouti and France and extends to Saudi Arabia and Singapore.

“GO has always been on the right side of history when it comes to investing in Malta’s connectivity to the rest of the world. Our purpose is to drive a digital Malta where no one is left behind. Over the last five years, we have invested over €100 million in digital infrastructure in Malta to bring our purpose to life. We plan to invest at least another €100 million over the next 5 years”, announced Nikhil Patil, CEO, GO plc.

The execution of this project was entrusted to PCCW Global, an internationally acclaimed company, with a highly respectable reputation and a wealth of experience in projects of this magnitude.

Addressing the launch event, Tamer El Gazzar, Sales Director Middle East and Africa at PCCW spoke in more detail about the many resources, time, planning and the complexities behind the project which he described as “nothing short of impressive” and spoke about how this will lead to long-term gains for the country.

“Together with GO, we implemented a state-of-the-art technology deploying the highest capacity per fibre pair. The LaValette system follows the shortest and fastest direct route from Malta to France, and from Malta to Africa and East Mediterranean, thus giving Malta a whole new connectivity to Europe and the Middle East. The system will also give Malta open access to data centres in France, Egypt, Djibouti and Kenya.”

“I thank GO for their support and unwavering collaboration over these past months. We do believe that the La Valette cable system will result in a key project for Malta that will enhance the country’s connectivity to the world with multiple routes thus creating new business opportunities nationally and internationally,” added Mr El Gazzar.

PCCW Global is the international arm of Hong Kong Telecom with a global network covering more than 3,000 cities and more than 55 offices around the world.

GO selected PCCW Global for this private cable system investment due to its extensive experience in the space of global networks and submarine cable projects.