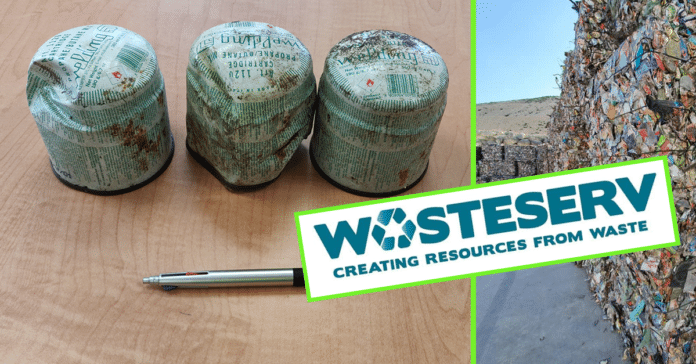 Early Thursday morning, WasteServ identified three gas canisters amongst recyclable material from the door-to-door collection. Two of the canisters were full and one of them was empty, probably due to the dents sustained either in the garbage collection truck or in the bag opener at WasteServ’s reception facility. The canisters were in a transparent bag and could have easily been identified prior to their arrival at WasteServ.

In a statement released by Wasteserv, the company was shaken to the core by the episode that could have had dire consequences. “These are acts of gross irresponsibility that leave us without words. The disposal of explosive material through the door-to-door collection is not simply out of order but can lead to various consequences which amount to serious criminal offences.”

The statement further reveals how such occurrences still happen: shotgun cartridges and smoke-emitting flares have also made unwanted appearances just this month. A police report has been duly filed, but Wasteserv is also looking at further measures.

“WasteServ would like to emphasise that it will safeguard its workforce at all costs, including if need be, by banning access to its facilities to all those who are not deemed to be doing whatever possible to ensure that the material delivered is safe.”

Is more education about waste disposal needed in Malta.