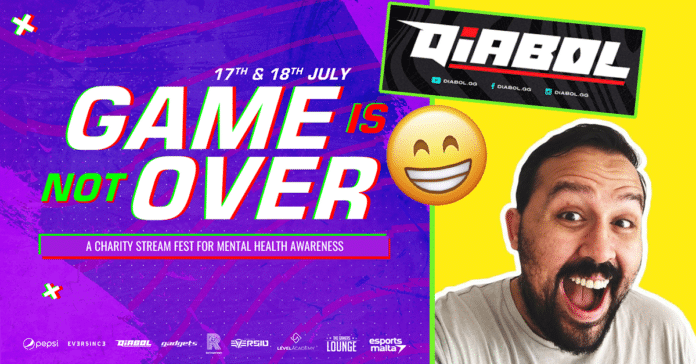 What do you get when you cross gamers who have the best of intentions and a strong urge to help others out? Simple: the biggest gaming-for-charity-streaming event this island has ever seen to date! Expect to see some familiar faces on your screen, doing what they were born to do, with the added caveat of doing it for a good cause!

Very aptly named “Game is Not Over“, the event, hosted by Diabol, will see some of Malta’s biggest Twitch streamers band together to raise funds in their own inimitable way; play, stream and engage viewers. Any donations received during the stream will go to the Richmond Foundation.

Taking place between Saturday 17th and Sunday 18th July, there will be ten gamers partaking, each one facing a minimum of 4 hours of action, with Torkie kicking it all off on Saturday lunchtime. Following him is Brandsha at 1:00 PM, Acrylios at 2:00 PM, with 2 hours of Zelli0n action. Captaingecoo and Forecast Panda start at 5:00 PM, before possibly the most famous face on the list enters the fray: SandMax24.

Picking up the action once again on Sunday at 10:00 AM is Fireblade2034, with Brandsha returning to the screens at 1:00 PM once again. Mizu should make his appearance at 2:00 PM, before Markos_Gamin and co-host Captaingecoo take the final starting slot of 5:00 PM.

The participants will also be competing with some of the viewers, so it’s an interact-as-you-play event: what’s not to like?!

Not only do you do your good deed for the day by donating here, but you also enter the chance to win some pretty awesome prizes! Branded snapback hats; a LAN Party at Level Academy for 8 people; UEFA Champions League branded tees, bottles, and scarves; jerseys; more tees; and a gaming backpack from The Gamers Lounge.

Whether you’re a gamer or not, and even if Twitch isn’t your thing, there are plenty of reasons to tune in on Saturday 17th and Sunday 18th July, join the fun and leave a donation for the Richmond Foundation! 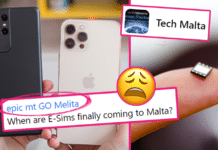 Maltese Tech Community Calls For eSIMs: What Are They & What...