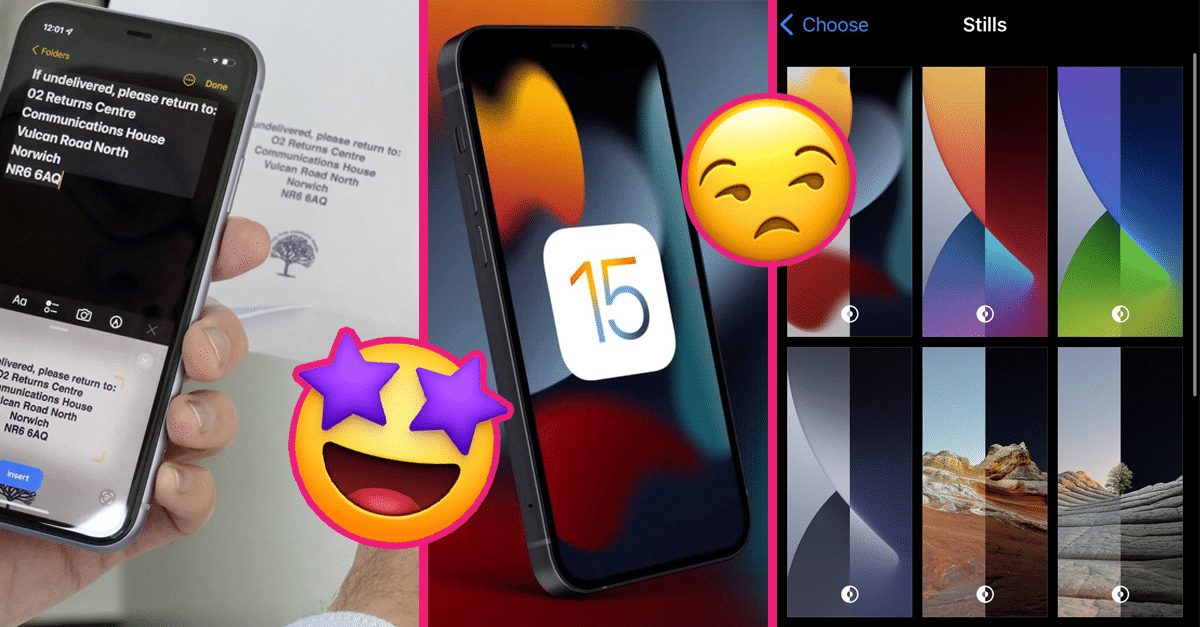 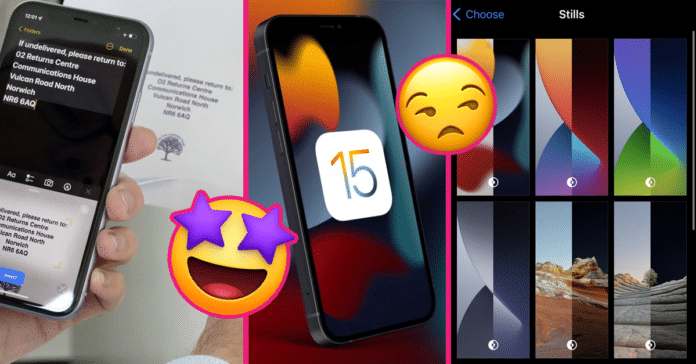 It’s been quite the September event for Apple, what with a new iPhone, new Watch and iPad, the cherry on the gadget-y cake had to be a new operating system. As iOS15 is rolled out across the various devices, we took a closer look at some things we love about the new system and others that just don’t quite cut it for us.

Similar to how Google Lens works, Live Text gives Apple devices the capacity to recognise text in a photo, screenshot, or camera preview thanks to optical character recognition (OCR). With that, the device can extract text from any image, and from there, the user can copy and paste, lookup or translate the text in photos, screenshots.

Live Text works in Photos, Screenshot, Quick Look, and Safari and in live previews with Camera.  It is a system-wide implementation and will appear in all other apps when you copy and paste text.

This feature can also be used in the Camera app by pointing the camera at a photo or image with text and tapping the indicator icon. At that point, users will get options to either copy the text, look it up, translate it or make a call if you’re scanning a business card. That’s the beauty of iOS15; it’s smart enough to recognise the text you, and it, are scanning!

The notifications centre got a bit of an update in terms of looks, with the rounded edges particularly catching our eye. Apart from that, contact photos have been added to comms-related notifications, and with larger app icons, they’re now easier to identify.

The notification summary is also pretty handy, where at times that you schedule, notifications will be grouped into a summary, ordered by priority.

Something else we liked, but has not been officially listed on the iOS15 features sheet, is that seemingly, the battery in low-power mode seems to last longer than before. We’ve not been able to confirm this yet, so if it’s something that you’ve experienced, do get in touch with us!

What could have been done better

As awesome as the above features are (and the many others that we couldn’t mention), there are some things we felt could have been done better.

The fact that no new wallpapers were added left us a bit empty. It’s like placing a gift in a bag but forgetting to wrap it up; part of the fun is picking the right wrapping paper to match that gift.

The control centre also remained the same, much to our disappointment. Support for drag and drop customization as well a more compact aesthetic had been rumoured, but alas, not quite forthcoming.

Also, some of Apple’s own apps are in need of a fresh look. While we expected this to happen with iOS15, we’re doubtful any of its updates will address these issues, since they’re more on the aesthetic side and will probably be seen in iOS16.

While this may be it for now for iOS, more updates will surely come across to address certain issues that we’ve not highlighted ourselves here. There’s also more to come from Apple later on this year; read our piece where we predict the next gadgets we’re expecting to see!

Are you happy with iOS15? What else would you have liked to see? Tell us your thoughts in the comments!