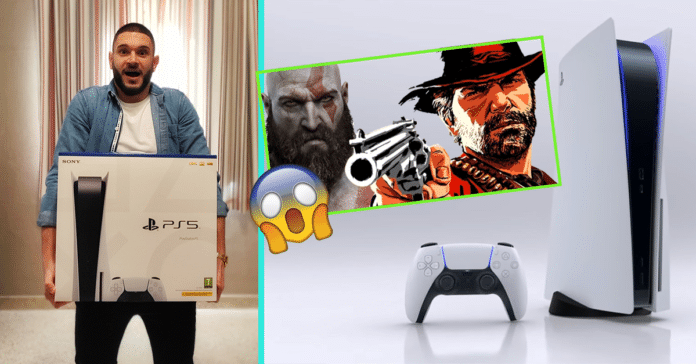 It had been a long time coming, but finally, the Gadgets Team got their hands on a PlayStation 5 to see what all the fuss was about. Boy, was the fuss justified. We also had a chat with its owner, Daniel, to get a feel of what it’s like having it around – read on to find out more!

From the DualSense controller to loading speeds and graphics, Sony have truly delivered on their promise of an awesome next-gen gaming console. When we were still discussing with Dan the possibility of bringing the PS5 to our office, he told us of his pain of selling his PS4 before the COVID-19 outbreak. “You can only imagine how happy and relieved I was when I finally put my hands on that DualSense controller!” he told us.

“The DualSense controller by far gives the most next-gen feel. I could try to explain what the haptic feedback feels like, but it’s absolutely something that really needs to be felt to be believed!“

While some will say that to get the most out of the PS5, you’ll need a high-end TV at 4K and 120fps and that’s true, if getting the most out of it is your priority. If you’re content to enjoy better loading speeds and somewhat better graphics than the PS4, then you’re fine with something more wallet-friendly. Speaking of loading speeds: God of War, from menu to gameplay? 6 seconds. Neat-o.

In terms of titles, Daniel (and this writer for that matter) is looking forward to God of War: Ragnarok‘s release. Also, thanks to the backward compatibility, he’s (we’ve) also got eyes on Last of Us 2, Ghost of Tsushima, and he’s already well-invested in Red Dead Redemption 2 (12/10 would play again on PS5). There’s also Cyberpunk 2077, which launched but was then withdrawn following a series of glitches and issues, that’s of interest, but that’ll have to wait.

Nothing to do with the internal specs, but there are unfortunately downsides. The first is that actual PS5 games developed solely for the latest consoles are few in number. There will be high expectations when the first PS5-exclusive game gets released, as so far they’re all PS4-compatible too.

The other downer is the sheer size of it. “This thing is just huge”, Daniel explained, “and awkward”. Despite the premium look and feel of the item, the shape and dimensions are weird. No matter how and where it sits, the console is a bit obtrusive. It’s as if Sony forgot that it’s usually sitting beneath a TV and blending in with the rest of your living room devices. Ikea even give you a size-guide when browsing their home entertainment units.

All in all though, it’s a fantastic gadget to behold and we’d fully recommend getting your hands on one if you can. Just make sure you’re paying a fair price for it.

Have you tried the PS5 or Xbox Series X yet? Tell us your experience in the comments!