Facebook Metaverse: What It Is & What It Means For Our Social Lives 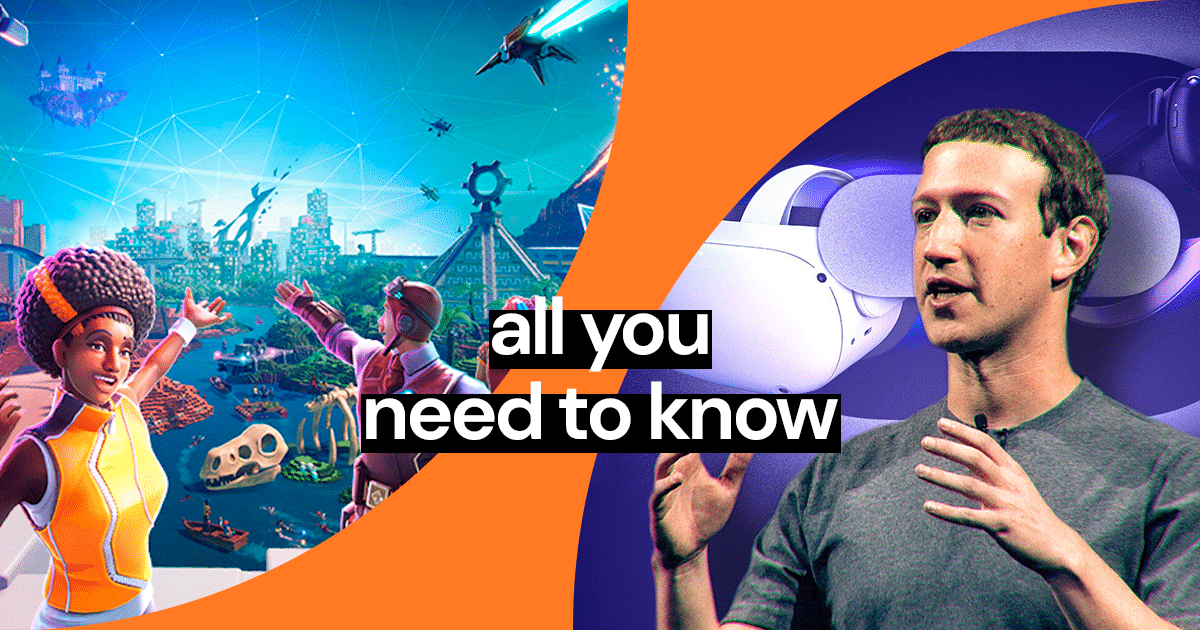 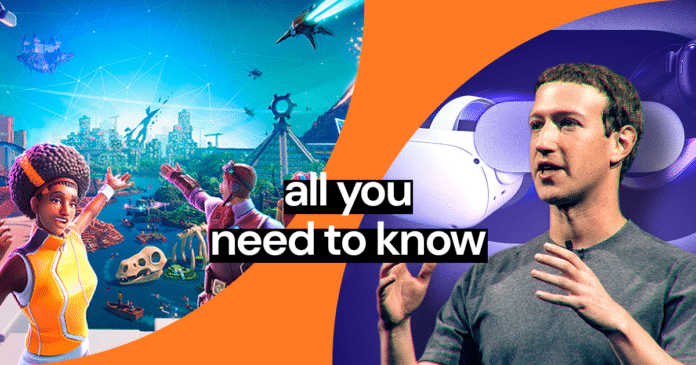 To say the least, Facebook has been making news headlines rather often of late. From whistleblowers revealing that Facebook and Instagram officials knew of the damage they were causing vulnerable teenagers to basically confirmed rumours that the company is in for a name change (more on that later). However, the revelation that 10,000 jobs are on their way to the EU to construct what is referred to as the Facebook Metaverse has left many questions.

Here we are to do our best to address them.

What’s a metaverse & should we care?

The main difficulty in trying to explain what a metaverse is, is actually quite simple: it doesn’t quite exist. Not yet at least. Neal Stephenson made the term popular in his 1992 novel “Snow Crash”. In it, metaverse referred to a virtual 3D world populated by avatars of real people. Sounds Sim-like.

What his Zuckerness has planned however is more successor-to-the-Internet rather than the ostensibly weird world shown in Gerard Butler’s movie “Gamer“. Facebook defines its view of the metaverse as “a set of virtual spaces where you can create and explore with other people who aren’t in the same physical space as you.” Sounds rather benign actually.

However, definitions vary between different industry experts. What we’re left with is something that’s not so much a fixed set of attributes, but rather something aspirational that our future lives will be connected to in a more tangible manner. And this latter part is why you should care about it. It should be a place where we can socialise, play games, even work and sell stuff, so it’s an extension of our real world into a digital one.

Can we build this world on the current internet?

What’s getting tech gurus excited right now is a couple of common themes that will define the metaverse. The first is that feature sets will mix older web services and real-world activities with real-time 3D computer graphics and personalised avatars. Added to that is the vision that links with outside economic systems means that people will be able to profit from virtual goods, like NFTs.

However, all of this raises two questions; why the fancy new term, and if the internet already encapsulates mobile apps, websites and more, can’t we simply roll virtual worlds into there too? Principally, it provides the chance for a clean break from some of the negativity attributed to the current version of the internet.

Of course, it’s difficult to change the darker aspects of the internet, given how established it is. Think of how hard it is to change the present moment, compared to how much easier it is to shape the future. That being said, there’s also a more cynical take on it all. How do you regulate something that’s not yet in existence?

It will give some pretty big corporations the chance to avoid regulation, at least for some time before lawmakers catch up. However, there’s also the chance to break away from the ad-filled social media worlds we’re currently living in. As we said though, it’s all hypothetical for now.

Not quite. Zuckerberg himself has admitted that building the metaverse is something that can’t be done by one single company. Basically, many different startups and companies will have a part to play in building this virtual world that will eventually supplant the internet as we know it today. Mark Zuckerberg does appear to be the biggest proponent though.

The way he sees it is of being connected more naturally with the digital world, rather than simply being more connected. He also says that today’s technology in terms of VR headsets, where many expect the metaverse to be, is limiting. He envisages that by the end of the decade, a lighter and superior headset will be available.

So, although he won’t be the owner of the metaverse, it appears that Zuckerberg will probably be the one shaping it. And given Facebook’s lapses in data protection, whether accidental or by design, we’re not wholly convinced by that. But it is a chance for redemption and an opportunity to build a better digital world than the one we’re seeing right now.

Got any questions about the metaverse? Share them with us, and we’ll do our best to answer.